Motor City: 19 Interesting Things to Do In Detroit, Michigan

Detroit is the largest city in the USA’s state of Michigan. It is also known by its nickname of “Motor City” due to heavy-weights of the automobile industry having set base here. General Motors is one of the biggest companies to open in Detroit.

Located near the Canadian-US border, the huge city of Detroit has an abundance of things to see and do. Here is a list of popular activities that you can do when in Detroit, Michigan:

Want to enjoy a perfect picnic at the perfect picnic spot? Head to Belle Isle in Detroit. You could start by visiting the Eastern Market and stocking up on supplies. When on a picnic, you can enjoy the beauty of the skylines of both Detroit and Windsor. This picnic spot is for outdoorsy kind of people, those who like to swim, bike, run or walk! Bikes, kayaks, and canoes are available to rent, and you can spend a full day enjoying the Belle Isle. The island is also home to Belle Isle Aquarium, Belle Isle Nature Zoo, a conservatory, a golf course, and lots more fun things to do.

Greenfield village is a huge outdoor museum located in Dearborn, just outside of Detroit. Among the things you can do here are visiting the home of Noah Webster where he wrote the first American dictionary, the workshop where the Wright brothers made their flying invention, and Thomas Alva Edison’s lab where he invented the lightbulb! Interesting, is it not? Greenfield Village is open 9.30 am to 5 pm and tickets cost about 26 USD per person, although an online booking can help you save some dollars!

The Detroit Institute of Arts is located in Midtown Detroit. It is said to be one of the largest art museums and home to one of the most important collections in the United States of America. The museum houses at least a hundred galleries containing art from all over the world, so you can imagine how huge it is! Special events are also conducted at the museum, mostly related to art. The museum is closed on Mondays and it closes at different times on other days; do check the website before you head there. Guided group tours are available for visitors and several workshops are also conducted from time to time, so if you are interested, inquire and join in!

Detroit Opera House is said to be the crown jewel in the entertainment scene of Detroit. The opera house can seat more than 2,000 people and it is home to productions of the Michigan Opera House. Over the years, it has undergone several renovations and stands tall today as it was when built in 1869. There is ample parking and amazing food at the bistro, so you needn’t worry about finding a parking space or if your tummy screams for food!

Tickets for shows and information are available on their website.

One of the more popular landmarks in Detroit is the Guardian Building. This skyscraper is located at Griswold Street in downtown Detroit, in the Financial District. The skyscraper has 40 floors and stands at a height of 151 meters (495 feet). This building was originally called the Union Trust Building and it is known for its Art Deco architecture. The interiors are stunning and certainly would interest anyone who loves design and architecture.

The name of this river comes from the French name Riviere Detroit which means River of the Strait. This river runs 24 nautical miles (44.4 kilometers) from Lake St Clair to Lake Erie, and it is like a strait in the Great Lakes system. There are several islands in the Detroit River, and at the lower part of the river is the Detroit River International Wildlife Refuge. The Detroit River has a unique distinction of having the designation of American Heritage River and Canadian Heritage River.

This station was once the main passenger rail depot for Detroit. At the time of its construction, it is said this was the tallest station in the entire world! This building is one of the important icons of Detroit and, like the automotive industry, this station had a rapid rise and a steep fall. It is abandoned now, with access to the building restricted. You can just drive down to the station and click some pictures. You might have seen this building in a few Hollywood movies, such as Transformers, Naqoyqatsi, The Island, and Four Brothers. It has also featured in pop-star Eminem’s music videos. Nowadays, photographers and other urban explorers visit the station, thus making it an iconic example of a subject for what is known as ruins photography.

A trip to the Ford Rouge Factory in Dearborn will help you to understand the way the automotive industry affected the growth of Detroit and its surroundings. The factory was built near the Rouge River and is located in Dearborn, which is about 20 minutes from Detroit. The factory is open from 9.30 am to 5 pm every day.

This market is teeming with people during the summer months on Saturday mornings. People buy fresh fruits, vegetables, and flowers from local farmers. Some people even buy their entire week’s food groceries from here. Apart from fresh produce, you can also find gourmet cheeses, fresh meats and not to forget the tasty breakfast that you can devour, consisting of pancakes, omelettes, and even more goodies! Russell Street Deli is a particularly favourite breakfast spot at the market.

The zoo is one of Michigan’s most popular places, and it attracts a lot of people, especially families, all through the year. There are more than 3,000 animals from more than 250 species in this zoo. The entry fee is 14 USD for adults, although there are additional special attractions at the zoo that might not be included in the entry ticket fee. The website has special offers and combo packages that might cost a little less, so do check it out. Detroit Zoo is open from 9 am to 5 pm in the summer and from 10 am to 5 pm in fall and winter. It is open every day except public holidays.

The Ambassador Bridge is a suspension bridge built over the Detroit River. It connects Detroit, Michigan in the USA with Windsor in Ontario, Canada. This is said to be the busiest international border crossing in North America. If you wish to cross over the border, make sure you have the necessary documents. Visitors must also clear a customs check to cross the bridge over into Canada (or vice versa).

Another way to reach Canada by road is to use the Detroit-Windsor Tunnel. Similar to the Ambassador Bridge, this highway tunnel connects Detroit in Michigan, USA with Windsor in Ontario, Canada. This crossing between America and Canada is equally busy. The tunnel was completed in the year 1930 and has been in operation ever since.

Ann Arbor is another city in Michigan, and it is about 40 miles (64 kilometers) away from Detroit. You have buses and trains to get there, or, if you have your own transportation, you could also drive down yourself. There are a lot of interesting attractions and things to do in Ann Arbor, in addition to food, for which it is famous. You could visit the Hands-On Museum, Michigan Theater, and the Michigan Stadium, where you can catch a game of football.

Zug Island is an industrial island near the city of River Rouge. This is a perfect example of the possibility of a peaceful co-existence between industry and nature. The island gets its name from Samuel Zug, who first owned the island in 1859. Today, the industries at Zug Island manufacture coke, which is needed for the production of steel.

The Motown Historical Museum is a must-visit for every tourist visiting Detroit. The museum is an important mirror of the musical legacy of Detroit. Detroit is the hometown of the likes of Madonna, Diana Ross, and Aretha Franklin. You can also see the first recording studio of Motown. It is known as Studio A and you will also find here one of the most famous items that was owned by Michael Jackson – his hat!

The museum is open from 10 am to 6 pm Tuesday to Sunday, and until 8 pm on Saturdays during the summer. It is closed on Mondays and public holidays. Entry tickets cost 15 USD per person; group admissions can fetch you some discounts, and discounts are also available for students and senior citizens.

Palmer Woods is a beautiful, leafy neighborhood of Detroit. Here you can admire the district’s historic homes; there is about 300 in total. They were built as requested by automobile industry tycoons and were built in a neo-Georgian and Tudor Revival architectural style. These homes were built in the early 1900s, and currently a variety of professionals stay here. The Sherwood Forest neighborhood is right next door, and it is equally worth visiting.

Yet another landmark skyscraper you can find in Detroit is the Fisher Building. This building is located right at the heart of the New Centre area of Detroit. Like the Guardian Building, the Fisher Building is also an Art Deco office. You can find a lot of cafés, restaurants, and other shops in the building. Don’t forget to visit the Fisher Theater as well, and look up at the ornate ceiling for something to marvel at.

Greektown is a commercial and entertainment district of Detroit. It is so-named because it was where Greek immigrants lived for most of the 20th century. Being an entertainment district, it is said to be one of the city’s liveliest neighborhoods. There are bars, casinos, and many restaurants. The Greektown Casino is one of the most popular places in the city, where you can gamble away and also eat till you are full.

Everyone in Detroit loves to eat, and there are plenty of awesome restaurants in and around the city. One of the food items that you must eat is the coney, which is actually a hot dog. Now, if you are wondering where you can savor some of the best coneys in town, you must head to American Coney Island, where a family business has been for years. You could also eat some at Lafayette Coney, which is right next door.

Although there has been somewhat of a downturn caused by the recent economic crisis, Detroit is a buzzling city with many interesting neighborhoods. Enjoy the food and simple living in Detroit and, who knows, you will almost certainly fall in love with the city! With Canada so near, you could even drive into another country as well over the weekend and have more fun. So, why not plan a trip?! Have fun discovering the best of Detroit! 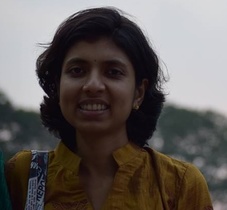 Travel became a kind of habit after I got married and moved to Malaysia. Living in South East Asia for the past 7 years opened up a lot of doors to explore in this part of the world for a newbie...Read more

Top 3 activities to book in Detroit (and vicinity)

Explore Detroit
Good things are meant to be shared!