An Idyllic Weekend Trip: Things To Do In Besalú, Spain

Strolling through the former county of Besalú is almost like a journey back in time – to a forgotten age of majestic castles, galloping horses, and knights with clashing swords – a perfect setting of the Middle Ages. Despite being small in dimension, every turn in this maze of cobblestone streets uncovers a building with a great story to tell: of the splendour of nobles, of the coexistence of Jewish and Christian cultures, and of the tragic fate of Jews in Girona…it’s almost as if you were peeking through the windows to the past. Come and explore this charming Catalonian town for an experience you’ll never forget. Your trip back in time begins by crossing a bridge which remains undaunted by the passage of time since its construction in the 11th century. The fortified bridge looks its best when perceived from the river banks, with the sun baking the pale stones of its travertine arches and tourists weaving through the majestic entrance as they stop to take pictures every few minutes of the most photographed architectural element of Besalú. Head down to the river banks and marvel at its exceptional angular form, raised from a bed of rock outcrops that were skillfully utilised as foundations of the seven irregular arches.

2. Take a relaxing stroll around the town Not all those who wander are lost and this is no truer than in Besalú. Get rid of your Google maps and lose yourself in a labyrinth of narrow, serpentine streets lined with secret alleys and hidden stairways that lead you to discover the clues revealing its historic past. Leaving behind the long bridge, and through the stone-paved streets hidden by a tight jumble of roofs and wrought-iron balconies is the crowded old town centre which lies straight ahead. It is cluttered with medieval buildings left from its time of greatest prosperity since the Middle Ages. Dotted with cafes, restaurants, and antiquarian shops, Plaza Mayor rarely allows a dull moment. And for a week at the beginning of September, the plaza is packed with revellers gathered to capture a glimpse of the splendour of Besalu in its prime.

The Benedictine monastery, more than thirteen hundred years old, was a busy place. Through its walls resonated the echoes of murmured prayers–of the clergy reading in Latin and of the liturgical chant from the choir performing day by day. Unfortunately, the monastery was burnt during the Spanish Civil War in 1938, so what you can see today is the sole remnant of the abbey’s last surviving church.

In contrast with the more opulent and elaborate churches found in the other corners of Spain, the exterior appearance of Sant Pere remains rather sober. The vaults are almost flat and the naves are levelled; its rudimentary facade had no other ornate representations except for the figures of lions flanking the archivolts of the window. Meanwhile, the interior of the church has an ambulatory in the central apse decorated by sculptured capitals of Italian influence and with reliefs sculptured on the façade next to the central window.

Posted by Museu Miniatures i Microminiatures Besalú on Friday, 17 December 2010

It may be surprising to find such a small, quirky museum in Besalú. Nonetheless, don’t miss a chance to discover a unique set of beautiful works made with a heart of imagination and technical precision that will surprise you. The Museum of Miniatures and Microminiatures is replete with over 2,000 pieces of miniature artworks by artists from around the world, which are presented in three exhibition rooms; each with a different level of observation that will lead you into a world of unimaginable dimensions. Take a close-up look with the help of magnifying glasses and microscopes and marvel at the miniature renditions of a camel caravan with twelve camels in the eye of a needle, a jewel collection on top of an apple seed, and the Eiffel tower set above a poppy seed.

5. Other notable sights not to miss Apart from the well-preserved vestiges of the city’s fortified bridge and arcaded square, Besalú boasts plenty of reminders of its once-thriving Jewish community. A visit to the mikveh is, without doubt, a must for those tracing the footsteps of your Sephardic Jewish ancestors. Thirty-six steps lead from an exterior public square into a remarkably well-preserved underground spring for mikvehs – one of the oldest ancient ritual purification baths in Europe.

Founded in the same year as the monastery of Sant Pere, the parish church of the town, Saint Vincenç is a work of the transition between Romanesque and Gothic styles. Although the church still has minimal decoration, touches of Gothic elements such as pointed arches, ribbed vaults, and beautifully crafted stained glass windows incorporated during the 12th and 13th centuries not only added colour to its solemn interior but also allowed lots of natural light to pour in.

Pause for a moment to scrutinize the exterior façade of the Romanesque doorway located next to the abbey of Sant Pere. Formed by six archivolts and four intricately carved capitals; three of which depicted animal motifs on the relief bordering the arch, this elaborate portal once served as an entrance to a Benedictine hospital, established by the Counts of Besalú to provide shelter for pilgrims. Today, it has been reconverted into a cultural centre.

6. If you have time, go on a hike to the Sagrat Cor Take a trip up into the mountains for splendid views of the Besalu which makes an enchanting contrast to the sprawl of the region’s urban landscape. It is a four-hour hike to the summit of Sagrat Cor – up the unmarked paths and across a grassy ridge. The trail opens up to sweeping views of mountains towering over the city as well as a scenic panorama of the lowlands curled up in their shadows.

The closest main cities are Barcelona and Girona. The most convenient and fastest way to get to Besalú is by car however, the cheapest option is by bus (cheapest if you are renting a car).

Going off the beaten path

Plan a visit to Besalu without haste, for this small town, with its laid-back vibe and a proud history setting it apart from the rest of Spain, offers everything from stunning monuments to Michelin-starred eateries to romantic landscapes. 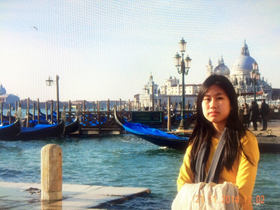 To be best described as a young, enthusiastic writer who has the privilege of travelling since the age of five. She loves travelling with her family and together they voyaged through 20 countries.
Want to contribute as a Local Expert?
Register Here
Hotels
Lowest Price Guarantee

Explore Besalu
Good things are meant to be shared!