Things To Do In Waterford Ireland, Home To The Viking Triangle

The city of Waterford is located in the south-east region of Ireland and is the oldest city within the country. Waterford consists of many historical and cultural quarters, with its oldest and most well-known one being the Viking Triangle. The Waterford Viking Triangle was given this name because of the surrounding 10th-century walls that are triangular in shape. The highest point of the Viking Triangle is where the most famous building in Waterford stands, the Reginald Tower. Today, many of Waterford’s medieval buildings and notable architectural gems can be found here, amidst the restaurants and other famous attractions, such as the Medieval Museum and the Bishop’s Palace Museum, which are together known as the Waterford Museum of Treasures.

Apart from the Viking Triangle, Waterford offers stunning views, medieval architecture, and beautiful parks that are just so hard to miss. Here’s our list of the best things to do in this charming city:

1. Have some family fun at the Summerval Waterford Festival

Waterford’s very famous summer festival consists of musical, family, and cultural performances and activities that will guarantee fun for everyone, no matter what age! The Summerval Festival takes place every summer weekend from the 24th of June to the 4th of September at various venues within Waterford. They offer a wide variety of performances and activities. From music concerts to game screenings and cycling events, you’re just bound to find something that caters to your interests.

For adventure-lovers, have a try at their coastal cycle event, where you’ll cruise along the new Waterford Greenway, or even take part in the 100-kilometre (62-mile) Coastal Cycle event. For kids, be sure not to miss out on the Choo Choo Sundays Waterford Suir Valley steam train and the Brian Boru Pirate Experience on the River Suir. There is also Toy Square and amusement parks! For people who just want to relax and enjoy the festival’s atmosphere, sit back and enjoy performances of musical bands, which include country music performances, or have a drink paired with a nice dinner at the many restaurants and bars around. For food-lovers, join in with the barbecue that happens on the Strand in Dunmore every Sunday.

There are various venues where the festival is held, and each is surrounded by the stunning surrounds of Dunmore East, Tramore, and the Copper Coast. As Waterford’s hottest and biggest festival, Mount Congreve and the House of Lord Waterford, Curraghmore House, also host events every weekend.

Tramore Amusement & Leisure Park is located at the seafront in Tramore, just 6 miles (9.7 kilometres) away from Waterford City. The amusement park contains a wide variety of rides and attractions that are guaranteed to excite visitors of all ages. The more thrilling rides include The Classic Mega Spin Waltzer, The Extreme Afterburner, The Crazy Mouse Spinning Roller Coaster and The Super Paratrooper. These rides are also known to be some of the best rides in Europe. Additionally, rides such as Dodgem Cars, American Superbowl, and Super Sizzler are not to be missed. Kids are spoilt for choice with the myriad of rides offered, including the Goldmine Express Mini Roller Coaster, Teacups, Mini Dodgems, Gallopers, and more!

If you’re not that much of a ride-lover, have a try at the variety of games and other fun activities offered, such as darts, rifle ranges, Master Blaster Pirate, and more. And, that’s not all! Tramore Amusement & Leisure Park also boasts a 5-kilometre (3.1-mile) blue flag beach where multiple activities are available, including beach angling and rock and reef fishing. The park also offers sailing, sea kayaking, and surfing lessons as well. There’s just something for everyone! And the best part? Admission is free! Source: Photo by user IrishFireside used under CC BY 2.0

Lismore Castle Gardens was once dubbed as “One of Ireland’s best-kept secrets” and is also one of the most famous attractions in Waterford. This 7-acre (2.8-hectare) garden is famous for its 17th-century outer defensive walls. It is surrounded by beautiful greenery that boasts a sculpture collection. The gardens were actually divided into two sections: The Upper Garden and The Lower Garden.

The Upper Garden is surrounded by the 17th-century walls. The walls were built by Richard Boyle, the First Earl of Cork, in the early 16th century. Today, many parts of the construction, such as the outer walls and terraces, remain while the paintings were changed to match the preferences and tastes of those that reside in the castle.

The Lower Garden was largely constructed in the 19th century, It was built for the Sixth Duke of Devonshire, Joseph Paxton’s patron. Unlike the Upper Garden, The Lower Garden gives a more informal vibe with its shrubs, trees, and lawns. Apart from sculptures, the gardens also contain a fine collection of magnolias, camellias, rhododendrons, and herbaceous borders. There is also the yew walk, believed to be the place where Edmund Spenser wrote ‘The Faerie Queen’. Additionally, the Lismore Castle Arts Gallery is located in the west wing of the castle. The very famous Reginald’s Tower is located at the eastern end of Waterford’s quay and has been around since the 13th century. It is also the oldest civic building in Ireland, and also the last one to retain its Viking name. It was built by Reginald, the Norse king of Waterford, and was originally made of wood and later replaced by stone. It is still stone today. Reginald’s Tower has served many purposes over the centuries, including as a prison and a military storehouse. With the tower having been around for many centuries, it holds a huge amount of history. The first distinct event was when the tower was attacked by the Anglo-Normans in 1170, which resulted in the fall of the city. Reginald was then held prisoner in his own castle by the Anglo-Normans.

Another significant past event was in 1495, when cannons from the tower deterred the forces of Perkin Warbeck, the pretender to the throne of Henry VII. This incident was seen as being very loyal, which earned Waterford the motto “Waterford remains the unconquered city”. In the late 19th century, the tower was used as a prison, and in the 1950s it was opened to the public for the first time. Today, the tower is opened to the public all year round. The crystal manufacturer Waterford Crystal was named after the city, where crystal production dates back to 1783. Waterford Crystal is located at the heart of the Viking Triangle and is known to be one of the top attractions amongst tourists in the city. Waterford Crystal was owned by WWRD Group Holdings Ltd, a luxury goods company. Interestingly, due to bankruptcy of WWRD, Waterford Crystal closed down. It managed to reopen, however, in June 2010, after many takeovers and difficulties. In 2015, Waterford Crystal came under the ownership of Fiskars Corporation, a home products company that bought all the holdings of WWRD. Today, the company melts 750 tons (680 tonnes) of crystal per year and offers visitors a chance to experience crystal-melting first hand. They also organise guided tours and there is a retail store located in the premises that showcases the world’s largest collection of Waterford Crystal. The Rock of Cashel, also known as Cashel of the Kings and St. Patrick’s Rock, is located in Cashel, Ireland. It is said that the Rock of Cashel originated in a mountain 20 miles (32 kilometres) north of Cashel called the Devil’s Bit. The Devil’s Bit was where St. Patrick is said to have banished Satan from a cave, which resulted in the rock landing in Cashel. The rock served as a traditional seat of the kings of Munster for several centuries before the Norman invasions. Today, the rock’s complex seem to exude a character of its own and is known as one of Europe’s best collections of Celtic art and medieval architecture. Although few parts of the initial structures survive today, visitors can still see gorgeous buildings situated on the current site, which mostly date from the 12th and 13th centuries.

Visitors can enjoy audio-visual shows and exhibitions in this historic place.

Curraghmore House is a historic estate and the home to the 9th Marquis of Waterford. The estate has been around since the 11th century and today, it is surrounded by over 2,500 acres (1,012 hectares) of gardens, woodland, and fields. It is one of the must-see places in Ireland. One of the tallest trees in Ireland is grown here, the Sitka Spruce, which was planted in the 1830s. There is also a 1205-structure that spans the Clodagh River and it is the oldest bridge in Ireland. The estate is surrounded by twelve miles (19.3 kilometres) of famine relief boundary walls and four iron gates. Today, Curraghmore House organises guided group tours of its main reception rooms. Tours can be arranged by prior appointment. Guests can expect to see the works of James Wyatt and Peter de Gree during the tour.

The Medieval Museum is one of the three museums in the Viking Triangle. It is also known as one of the Waterford Treasures. The museum’s curved stone facade will easily catch your eye if you’re in the area. The design of the building was inspired by a 12th-century belt mount found in Waterford. The museum is also the only purpose-built medieval museum in Ireland and is the only building that incorporates two medieval chambers, which are the 13th-century Choristers’ Hall and the 15th-century Mayor’s Wine Vault. The museum showcases treasures, works, and artefacts from Ireland’s middle ages and also hosts quite a number of public events. Additionally, the museum contains the only surviving piece of clothing worn by Henry VIII, a cap of maintenance. Did you know that Waterford turns 1,102 years old in 2016? No wonder this city is so rich in history and medieval architecture! There’s just so much to see in Ireland’s oldest city! So go on, grab your camera and explore Waterford, Ireland! 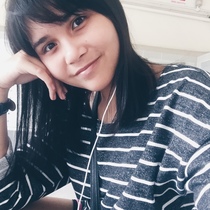