8 Best Things To Do In Vicenza, Italy, At Night

Vicenza is a beautiful city, located in the north eastern part of Italy. It is near the river Bacchiglione and quite close to Venice! Vicenza is truly a remarkable city, with perfect historical and cultural blend. There are numerous museums, art galleries, and churches in the city. Vicenza also has a lot to offer during the night. So, let’s have a look at some of the best things to do in Vicenza at night.

The Palazzo Chiericati is another marvel by architect Andrea Palladio. This Renaissance palace in Vicenza was built upon what was once a wood and cattle market. The entrance can be accessed by the classic staircase and the main facade of the Palazzo is made of three bays. The entire roof is amazingly decorated with statues. There are also two superimposed orders of columns here.

The facade of this church is the work of Orazio Marinali. There are saints and allegories of virtue depicted here. The interior of the basilica has numerous art works of reputed artists. The Santuario di Monte Berico also has a basilica museum, with classic paintings and sacred objects on exhibition.

Elegant central flat up to 6 people

The Santa Corona is a beautiful Gothic-style, Roman Catholic church located in Vicenza. The church also contains the remains of the famous architect, Andrea Palladio. In addition to this, the Santa Corona has a beautiful altarpiece, which depicts the baptism of Christ. There are also frescos in the chapel. Andrea Palladio designed the funeral chapel for Antonio Valmarana.

The Osteria II Cursore is located very close to the city centre. It has a beautiful glass door and offers excellent local dishes. There are also seasonal menus, which are stupendous when combined with the right wines. The daily menu includes traditional Vicenzan dishes and even Mediterranean cuisine. If you plan to eat dinner here, then consider the fresh pasta noodles, which are served with porcini mushrooms and black truffle dusting. There are numerous delicious cakes on the dessert menu. The restaurant is located close to Palladian Basilica and San Michele bridge.

This special restaurant is located in Corso Palladio, in the heart of Vicenza and is one of the most celebrated places for Vicenzan cuisine. The food on offer here is both creative and unique and many dishes, like the Cod Vicentina, are a must. There are also many speciality dishes on the menu, such as Sweet Raw Ham of Montagnana, Culatello of Zibello, Asiago of malga and Pecorino Toscano Val d'Or-Cia.

The Bar Borsa is located between Piazza dei Signori and Piazza delle Erbe, on the ground floor of Palladian Basilica. It opens at 10 in the morning and serves cakes, brioches and breakfast. There are also performances by bands, DJs and artists here. The Catalana di Mazza-Colle and Carpaccio di Manzo porcini are must-try dishes here. The Rana pescatrice and Anatra al Caffe are just perfect for the main course. For dessert, the Variazione Di sorbet and Tiramisu cake are just superb! Vegetarians are also welcome, with dishes such as Bigoli al Pomodoro con caprino and Burger di tofu or spinacini e pesto di noci on offer.

The bar also offers a lot of amazing cocktails and wines. Cocktails such as Sombrero, Borsa Cup, Drive In, Gold Negroni and Almond Kunquad Caiprina are the house speciality. The bar’s overall ambience is just classic and you can definitely enjoy drinks and food with friends or loved ones until late into the night.

The Teatro Olimpico is also known as The Olympic Theatre. It was constructed in the 15th-century by Italian Renaissance architect, Andrea Palladio. The theatre’s sets are designed by Vincenzo Scamozzi and give the distinct impression of long streets, which recede into the horizon. The theatre’s front and back screens are made of wood, stucco and imitation marble. The Teatro Olimpico is one of only three Renaissance theatres still remaining in existence. This theatre is also listed as a UNESCO World Heritage site. The Teatro Olimpico can easily seat up to 400 people. There are many classical music performances and concerts here during The Vicenza Jazz Festival.

Vicenza and its historic landmarks! Vicenza truly has some of the greatest architectural marvels and fine dining in the world! 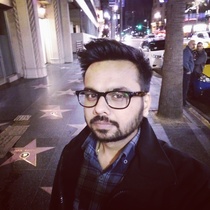 A random human being located at a specific point in the space with physical body and a reflex action system. A day dreamer, a movie buff, a music freak and a silent writer too. Reading a lot,...Read more
Want to contribute as a Local Expert?
Register Here
Hotels
Lowest Price Guarantee