In May of this year opened “Suiyoubi no Arisu” the second store from Nagoya in Osaka’s Shinsaibashi area. The shops interior is themed after the Alice in wonderland stories featuring many goods, accessories, and snacks based on that theme. What’s behind the door that leads to wonderland in America-mura the popular destination of Osaka youth culture?

Chasing the rabbit to wonderland It’s doubtful that nobody knows the tales of Alice in Wonderland. The story of Alice who loves to dream eventually ending up in an unbelievable world. Alice’s world is full of wonder with the ever changing scenery, growing large and small, the Cheshire cat with his bulging eyes, the card army, the rabbit in a hat running around with his watch. 6 doors??? No only one leads to the real wonderland, recreated in “Suiyoubi no Arisu.” Find the right door to get lost in wonderland. Inside you’ll find that the shop is separated into two parts, “The Queen of Hearts Room” and the “Tearoom”. Past the small door you can see the table that is held up by the Ace of Hearts in the trendy “Queen of Hearts Room”. The Queen’s dark image can be felt throughout the red and black environment. The card army Ace of Hearts is under the table so it’s easy to overlook if you don’t bend down a bit so be on the lookout. Little tricks like these that bring the feeling of wonderland can be found all around the shop. For example, the Cheshire cat’s eyes illuminated blue from above, or the hedgehog used as a ball in the croquet game, inconspicuously in the back of a hole. Please look for Alice’s friends in this space that feels so wonderland like.

Accessories with a classical Alice imprint are a must see In the Queen of hearts room you’ll find a plethora of accessories and goods with the Alice motif. Each one hand picked by the staff is cute yet trendy at the same time. A hat that looks like something the rabbit would wear, a key that could open the door to wonderland, a Cheshire cat, a crown, keychains and pins that have Alice’s likeness, rings made from playing cards… each adorable enough to make your eyes swim around. Even in such treasures the melting clock is almost too cool. Based on the clock that is misshapen in Alice’s dreams it’s totally romantic. The silver and gold lending to an antique feel will be great in any room. The real gems are the goods that are the officially licensed goods from the Macmillan Publishing house. The letterheads imprinted with classic Alice and bizarre characters will make any Alice fan happy! With a the purse that looks like an old hardcover book you might even be able to pull off an intellectual look?!

While looking expensive and trendy, and including the Alice theme you’ll be pleasantly surprised that most of the prices are reasonable. No doubt with prices starting from 300 yen you’ll want to by this and that and many more.

The Tearoom filled with cool snacks Next to the Queen of Hearts Room is the Tearoom which is a whole other universe unified in white. With tables and chairs on the ceiling you’ll be unsure which way is up or down. On the wall is a unique cookie object that hides a trick. On the cookie is written “Eat me” and “Try Me” - the words that were written on the drink that made Alice shrink. The cookie is inedible but if you look close there are small handles on each. Inside you’ll find intricately detailed miniatures of Alice’s wonderland!

In the Tearoom you can buy an assortment of candies, cookies, marshmallows and a variety of other snacks such as cookies with icing shaped like playing cards, cutely colored popcorn, marshmallows shaped into lollypops, all adorably made and packaged. The tea boxed to look like Alice’s book is to die for. Just displaying the box in your room may make your room look European?! The gift that’s totally Alice is this Drink Me mini soda. Modeled after the drink in the Alice stories, this drink comes in three flavors, the berry tart that Alice stole quietly from the queen of hearts, a lightly aromatic cherry, and a clear one which has no label which is a normal cider. I recommend the sky blue cherry flavor, something you probably wont find anywhere else.

Don’t worry you wont find yourself shrunken like Alice after drinking them.

Suiyoubi no Arisu was created with making a mundane weekday into something special in mind. By traveling through the small door you find yourself in another world it makes you feel as though you came to a mini theme park. You might want to time slip into Alice’s wonderland when you are bored, or on the commute home, or even if you are traveling and want to liven up that mundane day. 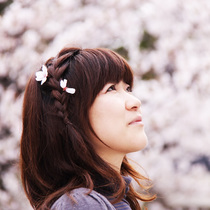 Explore namba
Good things are meant to be shared!