Source: Photo by user Jdvillalobos used under CC BY 3.0

Sancocho is considered a national dish of the Dominican Republic. The term “sancocho” refers to a meat stew that originates in Spain. It is a type of food available not only in the Dominican Republic but also in other Latin American countries, with the style of sancocho varying in each country. Sancocho also exists in several forms within the Dominican Republic. But wherever it is located in the country, it is called Sancocho de Siete Carnes which means seven-meat stew. As the name implies, it is a stew containing a mixture of seven different kinds of meat. The kinds of meat used vary but the usual ones are beef, pork, goat meat, and chicken. Sancocho is mixed with root vegetables and often served with rice and avocado.

If Sancocho is considered a national dish, mangú can be established as an official Dominican breakfast. Mangú means plantain mash and is said to originate from Africa. It is a green banana purée that is boiled, mashed, and often topped with sautéed red onions and comes with an egg. It is usually served with Dominican salami and fried cheese or queso frito and when they are served together, it is called Los Tres Golpes, a Spanish term which literally translates to “the three hits”.

La Bandera means “the flag”. It is also called La Bandera Dominicana which in turn would translate into “the Dominican flag”. La Bandera is a simple dish, containing white rice (arroz blanco), stewed beans (habichuelas guisadas), and braised chicken or beef or (pollo guisado or res guisada). In other words, it is a Dominican food made up of rice, beans, and meat, sometimes served with salad. It is a traditional lunch and is, in fact, a staple dish of the Dominican Republic cuisine.

Morir Soñando is a sweet drink made with milk and orange. It is unique to the Dominican Republic. Morir Soñando has a poetic ring to it because it can be translated to “die dreaming”. However, you need not worry about death because Morir Soñando ensures that you feel refreshed on a hot day.

Bizcocho Dominicano translates to “Dominican Cake”. It is famed for two reasons. First, this cake is very difficult to bake. The cake has an airy and resistant texture which makes it light. It has a taste of butter, frosted with meringue, and then filled with a filling. Different kinds of filling were tried over time but the traditional one is pineapple filling. With many ingredients and steps, the cake is indeed hard to make but making it is worth it. Second, no Dominican celebration is complete without this cake! Whether it’s a wedding or a birthday, Bizcocho Dominicano is the center of the celebration (other than the celebrant of course).

Habichuelas con Dulce is another food that is treated as an important part of the food culture in an event in the Dominican Republic called Lent or Cuaresma. Lent occurs yearly, so this dish is served each year as well during the Lenten period. Translated to “sweet cream of beans”, Habichuelas con Dulce is made of pureed red kidney beans. The beans are cooked together with two kinds of milk namely, coconut milk and evaporated milk. The sugar in Habichuelas con Dulce makes it sweet, while cloves and cinnamon spice it up. The result is a thick and creamy dessert. In the Dominican Republic, the recipe for this dessert varies for each family who of course would claim, like every other family, that their own recipe is the best. Don’t forget to try this dessert if you’re in the country!

Here is another dish that can be seen in other parts of Latin America. Tostónes is made of plantains fried and squashed in oil and then fried again, thus the name “twice-fried plantains”. It is salted after which makes it looks like fries. In fact, Tostónes is the “fries” of Dominican Republic. It is a common side dish to meat and fish dishes but it can be a snack, too. You can buy this in vendor stands when you’re in the Dominican Republic.

Now, here’s another dish you’ll see on the streets. Chimichurri, or also called Chimi, is a hamburger filled with flavor. The patty can be beef or pork. Chimichurri is topped with cabbage and tomatoes and drizzled with a special sauce that may differ among vendors. It is usually partnered with tostónes.

Ending this list with a drink that usually starts the day for most people – coffee! When it comes to coffee, the Dominican Republic prefers it strong and black. Their coffee has a lot of variations, which is more than twenty in number, so you can choose the mix that fits your taste. Whether you’re just starting your day in the beautiful country of the Dominican Republic or resting from a long day of travel, you can take a sip of this excellent coffee.

Go traditional in the Dominican Republic 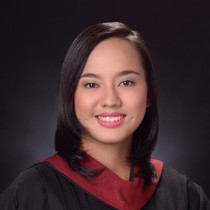 Explore Dominican Republic
Good things are meant to be shared!