Monaco might be tiny, well known for its opulent luxury, with a yacht-fringed coastline, a world-famous Grand Prix, and classy casinos that line the shores. However, there’s more to Monaco than the hedonic lifestyle, behind the shimmering surface lies a rich gastronomic scene with traditional foods which have taken notes from the French Riviera and northern Italian cuisine. From fluffy gnocchi to the famed Barbagiuan, flaky and warm, eaten by droves, especially on the national Barbagiuan day on November 19th every year. There’s much to explore through the rich history of Monaco’s cuisine. Book a yacht charter or an Airbnb in the French Riviera and explore this amazing city. What do people eat in Monaco, you ask? Continue reading about the traditional food in Monaco - just be prepared to get hungry. Gnocchi is bite-sized puffs of cooked potato, rolled together, boiled and delicately flavored with a velvety sauce of butter, or a light red wine and tomato sauce and local fish caught just off of the Monaco coastline. This world-famous dish will surprise many by being a traditional fare and is also one of Monaco’s famous foods. These light fluffy pillows are served in a velvet-like butter sauce or with a light tomato and cream sauce, served with local shellfish caught that day from the Monaco shoreline. Chef Alain Ducasse serves up his gnocchi in his restaurant, Le Louis XV in Monte Carlo, Monaco with fresh truffles (in season), creating what has often been hailed as one of the finest Italian dishes by many customers.

The traditional dish of Stocafi is dried cod cooked in rich red wine, tomato sauce with onions and garlic, before being topped off with fresh black olives, creating a contrast of salt with the deep rich sauce. This fish stew is another popular food in Monaco, and is traditionally provincial in its ingredients but packs a punch when all cooked together. Often served with fresh bread, the stew piled on top; you can find this dish around France and Northern Italy. But Monaco has embraced the dish as its own, creating a humble meal for bringing friends and family together. Source: Photo by user jeffreyw used under CC BY 2.0

Porchetta is traditionally an Italian dish, made from boneless pork, stuffed with liver and local wild grown fennel, roasted over the wood fire with the skin on for at least eight hours, creating a melt in your mouth dish that’s to die for. Due to Monaco’s proximity to the Italian border, this dish has been adopted by locals, traditionally served up for large family celebrations such as birthdays and holidays.

Cosy flat in the heart of Monaco

Brandamincium is to Monaco what fish and chips are to the UK. This salt cod is cooked in a rich cream, onion and garlic sauce served up with a selection of local vegetables. The salt cod cuts through the richness of the cream sauce to create a sense of umami that will keep you wanting for more. This light and the flavourful meal is traditionally served at Christmas, the holy week before Easter and during Lent when families come together to celebrate. The Barbagiuan is the most famed dish in Monaco, often being hailed as Monaco’s national dish. This crispy pastry is filled with Swiss chard, and ricotta, before being rolled in pastry and fried until golden crisp with the filling oozing out. This dish is so famed in Monaco that there’s a national day celebrating this pastry, on November 19th every year, where it’s eaten throughout Monaco. The Galapian originated in the Galapian commune in France by Alain Bouchard in 1994 and was soon adopted by Monaco. This unique sweet-tart is traditionally made with cherries and almonds, light and airy in texture, thanks to the egg whites which are delicately stirred into the batter. This sweet treat is best served alongside sweet Muscat wine, as recommended by Bouchard himself; the pairing is particularly nice to enjoy on a warm day, as enjoyed by the Monégasque people. Put aside any assumptions you may have about sandwiches because the Pan Bagnat is about to blow your socks off. This delicious Monégasque traditional sandwich is packed full of flavor with a combination of olive oil, tomato juice, and anchovies which dissolve and soak into the fresh crisp bread over the course of twenty-four hours. This sandwich calls for a selection of any vegetables to be piled within, from crisp aniseed fennel to sweet peppers and even, when in season, wild salmon. This is a dish that Monégasque people share over long lunches and picnics by the famous Rivera. One taste and you’ll be sure to realize what makes this dish a favorite in Monaco. Source: Photo by user Ben Demey used under CC BY 2.0

The French equivalent to the Italian focaccia, Fougasse is a fresh flatbread made with anything from herbs to olives, with lashings of olive oil, often topped with cheese and served alongside fresh crisp salad and the famed Stocafi (fish stew). This bread, like focaccia, is rich and dense, creating the perfect dough to mop up gravy from any meal. Socca is a popular street food which hails from Nice, France; this flatbread can be adapted to include any flavors that you may wish for, from herbs to chili and olives. But at the heart of it, Socca is made with chickpea flour, water and olive oil, broiled in a skillet pan by street vendors across Monaco. The outside is famed for being crisp and charred, whilst the inside is left creamy. Served up with a fresh rose, olives, green salad and a group of good friends, this is a dish to be shared. While visiting Monaco, it is imperative that you find a local restaurant serving authentic bouillabaisse. This delectable fish stew comes from the region of southeastern France. Traditionally, it is made with a variety of simmered vegetables and at least three types of fish, all of them common to the French Mediterranean coast. What makes it unique is the fact that the fish is slowly added and then removed from the broth before being plated separately alongside the tasty stew. Some restaurants serving this dish in Monaco also include other seafood like shellfish or crab, which only adds to the mouth-watering aroma and incredible flavor of the broth.

The food behind the glamour Tourists will find plenty of things to do in the city, including some amazing day trip opportunities. But beneath the glitz and glamour of Monaco lies traditional, hearty and comforting food taken from both France and Italy, from delicate clouds of gnocchi to hearty stews and fresh bread to share with friends and family. It’s the food that was around before the Marina became a yacht playground, before the casinos and the Grand Prix - it’s the food that brought people together over the years and will continue to do so long into the future. 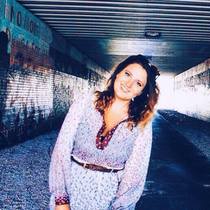