Located on the spectacular Persian Gulf, Kuwait is a fabulous Arab country known for its beautiful islands, rich cultural heritage, and oil reserves. It is world-famous for being home to the biggest petroleum industry on the globe. Kuwait City is popular for being the capital of the country, and it’s famous for its impressive modern architecture, such as skyscrapers, fascinating water towers, and splendid Kuwait Towers. The Tareq Rajab Museum is a popular tourist attraction, housing an incredible collection of Islamic art and ethnographic artifacts as well as family-friendly places of interest like amusement and theme parks. Besides the petroleum industry and stunning architecture, Kuwait is also popular for its traditional cuisines and it features numerous food joints, eateries, restaurants, and lavish international food chains offering fine dining experiences. Traditional Kuwaiti delicacies are scrumptious and full of flavors which you would crave to taste. So, if you have a trip to Kuwait on your mind for the upcoming vacation, enrich your travel and cultural experience by eating savory authentic Kuwaiti food. Keep reading to learn about some popular traditional Kuwait food. You simply can’t miss tasting Machboos when in Kuwait. Machboos is a prominent delicacy in Kuwait, and it’s often regarded as the national dish of the country. It’s a savory rice-based traditional Kuwaiti specialty which is prepared by using fragrant basmati rice spiced with a variety of spices and mutton, or chicken. First, basmati rice is cooked with rosewater and saffron. Meat is slow cooked separately. The cooked rice is then topped with the cooked meat. Machboos is served with a tasty red sauce called Daqqus, which is prepared by using garlic, tomatoes, and black pepper.

Another traditional delicacy in Kuwait which you should certainly try is Quozi, also called ‘Ghozi’ or ‘Goozi’. Quozi is a delectable rice-based cuisine, which is prepared by stuffing the whole lamb with vegetables, nuts, rice, and spices and slow cooked over a submerged or closed oven. The stuffed lamb is then served on the bed of spiced rice. In certain Middle East areas, Quozi is prepared by burying in a pit comprising burning coal to spice it up with the smoky flavor. Traditionally, this dish is served at significant ceremonies, such as a wedding.


Don’t miss devouring scrumptious Muttabaq Samak when vacationing in Kuwait. Muttabaq Samak is a delicacy where fish is served on delicious rice, which is cooked in nicely spiced fish stock. You can find numerous variations of this cuisine in various regions of the Gulf. In Kuwait, Muttabaq Samak is served with Zubaidi fish (i.e. pomfret), which is well-known as the national fish of Kuwait.

If you are looking for holiday home for relaxing.


Are you fond of cakes and wish to take traditional Kuwaiti cake? If yes, you should not miss eating Gers Ogaily, which is also popular as Perfume cake. Gers Ogaily is a well-known traditional cake in Kuwait that is characterized by its aromatic fragrance due to its ingredients, namely saffron, rose water, cardamom, and toasted sesame seeds. This mouth-watering sponge cake is baked in bundt cake pan. Eating this exotic perfume cake is a perfect way to end a meal. You will love relishing this light and fluffy cake. Do you wish to taste traditional bread in Kuwait? Then you should try Khubz, which is an Arabic bread or pita prepared using wheat flour and then baked in a hot oven. It is also popular as ‘Khoubz’, ‘Khubez’, or ‘Khubooz’ in the Middle East. This Kuwaiti traditional food is well-known as a staple food of the local diet here. It is eaten with scrumptious hummus, which is a traditional dip of the Middle East. Hummus, which is served with Khubz, is prepared using mashed chickpeas and blended with olive oil and spices and garnished with caramelized onions, coriander, tomato, or sautéed mushrooms.


Jireesh is another traditional delicacy of Kuwait which you simply can’t miss to taste. It is popular as Kuwaiti cracked wheat soup which is prepared from mashed wheat cereal and cooked with lamb or chicken, onions, tomatoes, and spices, such as bay leaves, cinnamon stick, and raisins. This delicacy gifts you an earthy and sweet flavor, which develops due to the presence of sweet raisins. Jireesh is popular in Kuwait as a comfort food of the country. It’s cooked at home during special occasions like fasting. Have you heard of the traditional rice cake devoured in Kuwait? Yes, Maglooba, also popular as Maqluba, is a savory cake prepared using rice, meat, and eggplant. It is cooked slowly in a circular flat pot and, once cooked, it’s turned upside-down to get delectable rice, meat, and vegetable cake. Its name, Maqluba, means ‘flipped over’ and it signifies its peculiar presentation. This traditional cuisine of this Middle East country makes you feel full and satisfy your appetite and easy to store. It is often served during family events and banquets.


Want to taste a scrumptious traditional stew in Kuwait? If yes, make sure you try Margoog. It is a well-cooked traditional stew of vegetables and lamb with pasta discs of whole-wheat. Usually, Margoog comprises eggplant, squash, and meat cooked with thin pieces of rolled-out wheat dough. Traditionally, it is served by pouring over the thin flatbread or baked/cooked with rolled-out dough. Have margoog for your meal here.


Are you craving to devour mouthwatering dumplings when holidaying in Kuwait? If so, then don’t miss trying Gabout here. Gabout is well-known as a Kuwaiti national meal which you should definitely try when touring through the country. This traditional Kuwaiti cuisine is prepared by cooking delicious stuffed flour dumplings in a scrumptious thick meat stew. You can find chicken gabout and meat gabout to choose and have for your meal here. Are you keen on trying out the traditional soup-like cuisine of Kuwait? Then, make sure your meal here includes Harees, which is a thick soup-like delicacy garnished with cinnamon sugar. It is prepared by using boiled, cracked and well-ground wheat and then blended with meat and mashed. Harees is comfort food in Kuwait which helps you to stay warm in the cold months of winter here. It’s a popular cuisine in Kuwait and is usually prepared and devoured in the month of Ramadan. Kuwait is famous for its food joints and abundant restaurants, greeting visitors to taste authentic flavors of Kuwaiti cuisines. While you’re exploring the city and looking for great finds, make sure you stop once in a while and taste these 10 savory traditional Kuwaiti food during your next trip to this beautiful Arabic country. 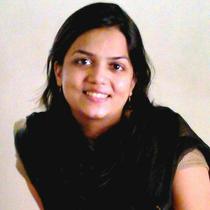 Manjiri Kochrekar is a travel blogger from India. She loves exploring and learning various destinations, their history, culture, and peculiarities. Writing is her passion, which means she enjoys...Read more
Want to contribute as a Local Expert?
Register Here
Hotels
Lowest Price Guarantee