Set up on a hill overlooking the rest of the city, Edinburgh Castle is one of Scotland’s most recognisable and iconic sights. Come and wander around this ancient building, learn about its immense history and look out across the beautiful city it has protected for centuries. My top tip for visiting Edinburgh Castle would be to book in advance. It is an extremely popular tourist destination and as such, tends to have very long queues. However, if your visit is more spontaneous or you do not have access to a printer, then don’t despair because Edinburgh Castle has a clever system in place in which you can buy your tickets online for no extra cost — 9.90 GBP (13.17 USD) for children aged 5–15, 16.50 GBP (21.95 USD) for adults and 13.20 GBP (17.56 USD) for the over 60s. You can then print them off yourself on the machines once inside the castle gates. There is no time limit for this — if you arrive and find that the length of the queue is not to your liking, you can simply buy your tickets there and then on your smartphone, print them off and skip queuing all together. It really is as easy as that!

Look out at the amazing views across Edinburgh Edinburgh definitely deserves its reputation as one of the most beautiful cities in the whole of the UK. The ancient buildings, winding streets and many monuments make for a city that is perfect for walking through, but also from seeing from above. The Castle’s position high above the majority of the city means that it gives spectacular views of Edinburgh and of the sea beyond: see if you can spot the Nelson Monument, Scotland’s National Gallery, the Scott Monument and much more besides. Countless generations of Scots will have stared out at exactly the same view before you: the architecture may have changed over the years, but that view of the sea and distant islands will be identical to that which they saw before you.

Hear the One o'clock Gun The One o'clock Gun has been fired from Edinburgh castle everyday for over 150 years. Its original use was to let the ships know the time to be able to set their maritime clocks, which just shows how loud the cannon is and how far away it can be heard. If you come to Edinburgh Castle you can see the Gun, which still carries on this tradition today. If you would like to see the cannon for yourself up close, make sure you get there long before 1 pm to be able to wander around freely, before the crowds turn up to hear the Gun firing. Make sure you time your visit to coincide with 1 pm so you can personally hear the sound heard across Scotland’s capital since 1861. Edinburgh Castle’s Great Hall was built 500 years ago for King James IV. It is a stunning building, and filled with historical artefacts. Come and see the suits of armour, the swords and the shotguns used to defend the Castle against the many invasion attempts over the years. This hall was later used as a barracks, and has clearly served as an important part of history. It is also full of imagery celebrating Scotland’s national pride.

See the Scottish Crown Jewels and the Stone of Destiny Do you recognise any of those names? Edinburgh Castle is steeped in history. One of its principal attractions are the Scottish Crown Jewels, also known as the Honours. Edinburgh Castle has them on display in the Royal Palace so you can witness their breathtaking beauty for yourself, while the special exhibit will teach you all about their history. These jewels were once used to crown Mary, Queen of Scots — but they have also been hidden and then not rediscovered for over a hundred years.

You can then see other parts of Scottish history, such as the Stone of Destiny. This unassuming rock has been used in the coronation ceremonies of Scottish, English and British monarchs for centuries, passing one way and the other across the border. It then took residence in Westminster Abbey in London before it was stolen by Scottish students in 1950 and restored to Scotland, where it has remained ever since. It will not leave Edinburgh Castle again until it is time to crown the next monarch of the United Kingdom.

Finally, when exploring the Royal Palace, don’t miss the birthing chamber. This tiny room was where Mary, Queen of Scots gave birth to King James VI, the man who would make history by becoming the first King of both Scotland and England. As you can see, Edinburgh Castle is the perfect place to learn all about the history of Scotland.

A wonderful day out

Edinburgh and its Castle should be on the itinerary of anyone visiting the UK. Explore its old city streets with the Castle towering above you, then climb up and see this piece of history for yourself. With its cafés and gift shops, as well as the Royal Palace, Great Hall and many other buildings besides, you could easily spend the best part of a day seeing everything there is to see. It opens at 9:30 am every day and shuts at 6 pm April – September and 5 pm October – March, meaning it can easily be fitted into a short visit to Edinburgh. 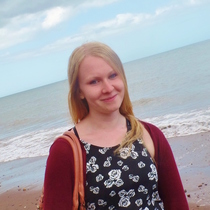 I’m Ellie, I’m 22 and I spent the first 18 years of my life in Portsmouth, UK, before doing a languages degree in Exeter. I spent time in Santiago de Compostela and Valencia on my year abroad, and...Read more
Have a question? Ask fellow travellers and travel experts here.
Want to contribute as a Local Expert?
Register Here
Hotels
Lowest Price Guarantee