Travel Tips what not to do things not to do

Canadians are well known in the international community as the forerunners when it comes to the politest people in the world. They’re not just like that in their home country, they continue to be so everywhere they go. And because of that, it only makes sense to try and be as polite as possible when you visit Canada. Covering almost 10 million square kilometers (well above 3 million square miles) of land, Canada is a land rich in landscapes, history, culture, and traditions. It also features amazing famous hotels and green hotels for your accommodation needs. To make sure you enjoy the rest of your stay in this storied country, here’s a list of what not to do in Canada.

1. Don't assume that Toronto is the capital city Toronto is one of Canada’s major cities and one of the more popular entry points into the country, thanks to its proximity to the US-Canada border. That said, it’s wrong to assume that it’s the capital city because it’s not, and nor is Vancouver or Montreal, two other popular Canadian cities. Before you head to Canada, brush up on your general knowledge of the country so that you’ll know Ottawa is actually the capital.

2. Don't get encumbered by extra charges 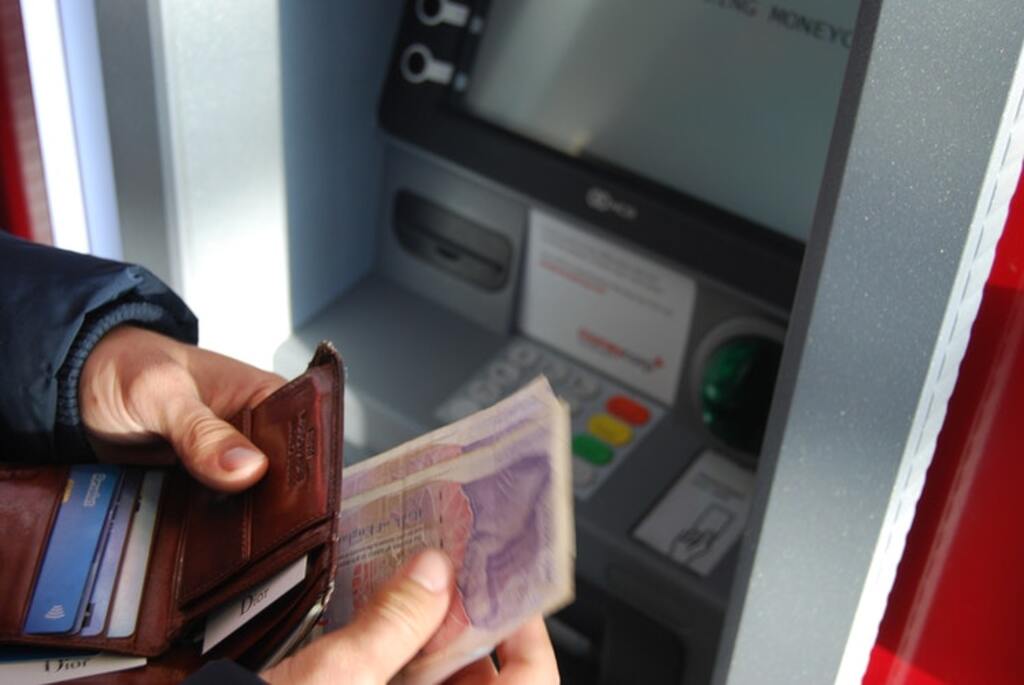 In Canada, you can still use your credit card, debit card, and even cell phone. Just make sure you’re aware of the extra charges you might rack up throughout your travels in the country. For instance, withdrawing from ATM machines in Canada might subject you to additional transaction fees. To avoid having way too many extra charges, make sure you have enough converted cash even before you fly to Canada. If you don’t want to purchase a new sim card, consider applying for roaming services. Say what you will about Tim Hortons, but be sure you’re out of earshot of any Canadians. Tim Hortons is more than just a coffee shop; it’s a cultural institution in Canada, much like ice hockey and poutine. If you’re not going to say anything nice about this beloved brand, best not to say anything about it at all. Trust us, it’s much easy to go to a coffee and doughnut shop you actually like than criticize Tim Hortons in a space full of Canadians.

Glamping with a short stroll to the Big East River

Airstream Glamping at the Poolside Retreat

Airstream on the Skootamatta River

4. Don't explore one part of the country and assume the rest is just the same Canada is a large country. Moreover, it’s a diverse one, be it landscapes, natural attractions, cuisine, and culture. This makes exploring Canada probably one of the most exciting things you can do in the country. A visit to a small town or one national park will never be enough. Assuming that all of Canada is this or that presents a limited and problematic view, which might hinder you from experiencing real Canada. And speaking of assumptions, don’t assume that all Canadians are the same. 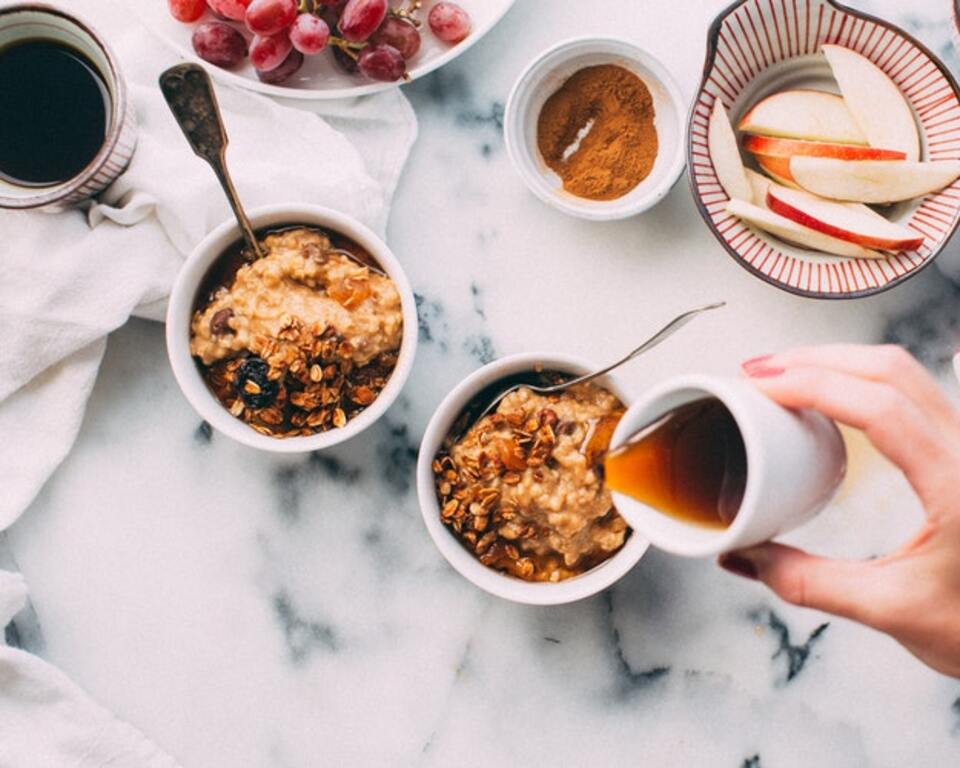 Like Tim Hortons, maple syrup has a revered place in Canadian cultural identity. It’s not only because it comes from Canada’s national tree; it’s also one of the very few products that are distinctly Canadian. Because of that, it’s easy to see why a lot of Canadians are protective of this heritage. It’s natural that not everyone likes it, but that doesn’t mean you can just go and say outright that you dislike maple syrup.

6. Don't hesitate to return an apology 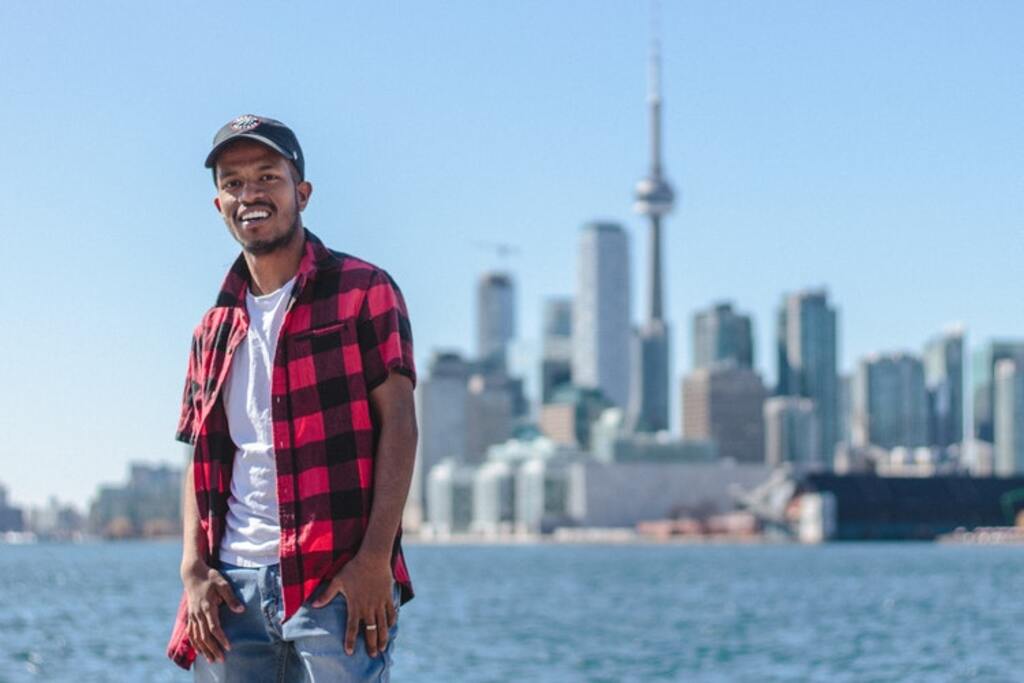 Probably one of the most accurate stereotypes about Canadians out there is that they are very polite. It’s common for them to say sorry even when they hardly did anything wrong. So when a Canadian tells you he’s sorry even if he hardly bumped you, don’t hesitate to return the apology. People might consider it rude if you completely ignore or disregard it. Moreover, there’s no harm in being polite as well.

7. Don't rush into a bus or train while people are still alighting 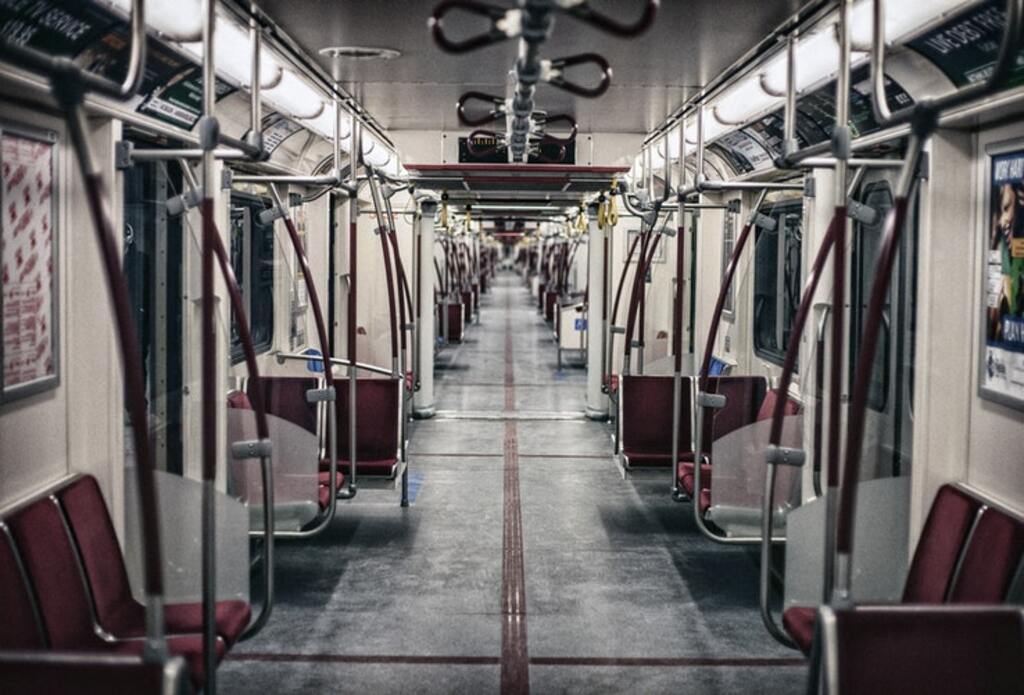 Earlier, we touched on how polite Canadians can be. This is not only limited to constant apologies and niceties. It extends to a lot of aspects of Canadian life, including public transportation. In Canada, it’s an unspoken rule that you shouldn’t get onto a bus or train while people are still getting off it. Just relax and wait until everyone has exited before you climb aboard. 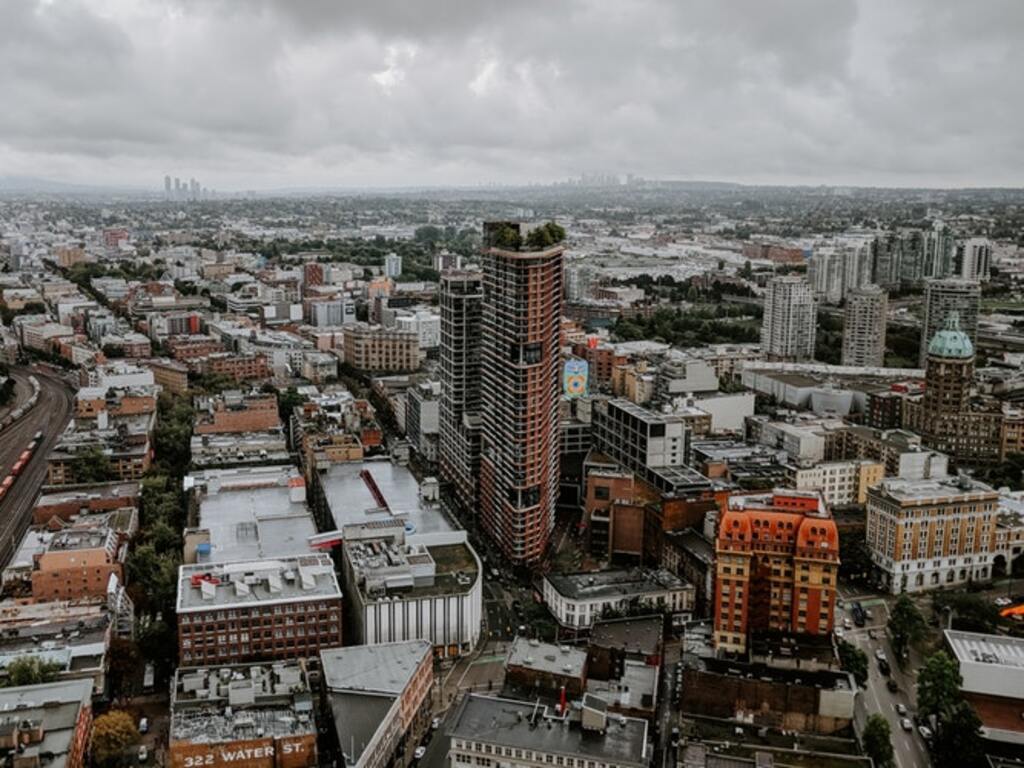 Temperatures in Canada can range from extremely cold and frigid to hot and humid during the height of the summer. If you’re coming from a country, however, with far more extreme temperatures than Canada, it’s best not to broach the topic and try to outdo the Canadians. Leave it to them to complain or be proud of the cold or the heat unless you want to find yourself in the middle of a heated debate about Canadian weather and the climate in your home country. After all, who wants to be embroiled in such a conversation?

9. Don't talk about Canada's colonial past 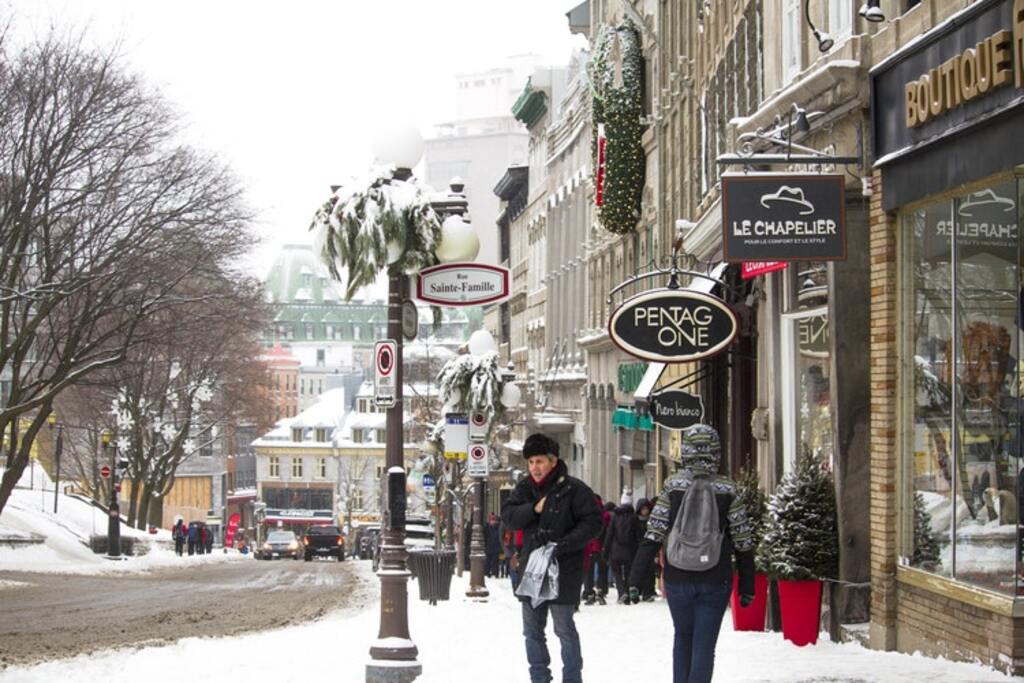 It’s no secret that Canada was colonized a few times in the past, most predominantly by France and England, so much so that some parts of the country feel more like France or England than Canada. However, French-English relations remain a sore topic in some parts of the country, so it’s best to steer clear of any conversations about Canada’s colonial history. It can get particularly tense in Quebec and Ontario (which represents French and English Canada, respectively) so if you’ll be staying in these provinces, best not to comment about this.

10. Don't assume you'll have an easy time at the border 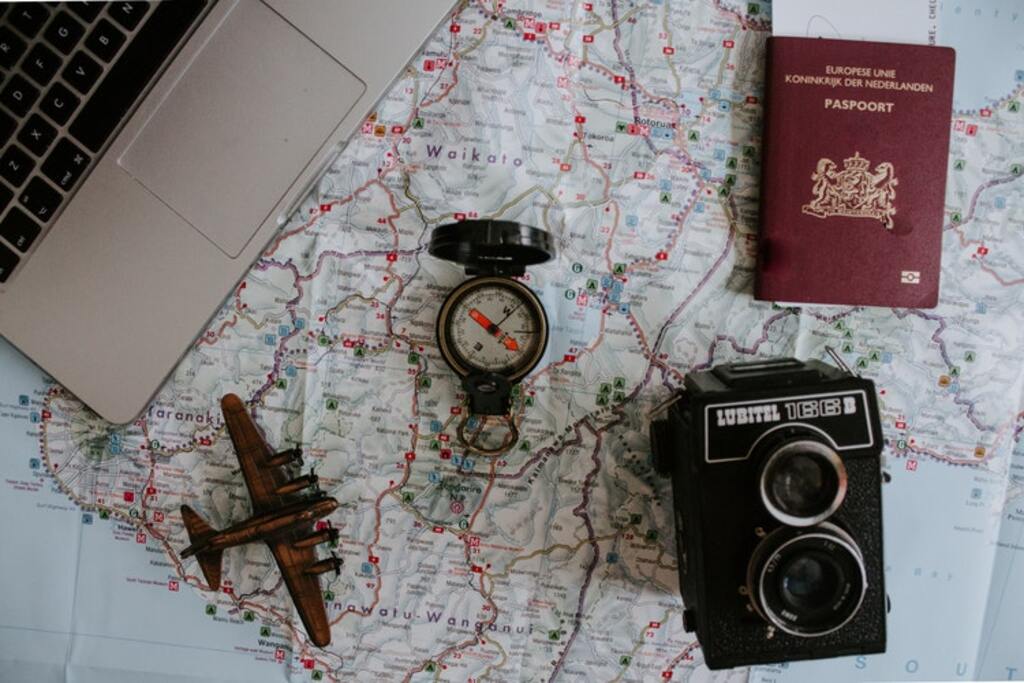 Some travelers are far more privileged than others and that’s a fact. And because of this, it can be easy to relax and assume you’ll have an easier time than the others when you’re crossing over the border. Canadian border guards, while helpful, are especially strict when it comes to requirements, so make sure you have everything you need, from your passport to additional papers.

Now you know what not to do

It’s time to focus your attention on the things you should do in Canada! There are still plenty of shopping malls to check out and UNESCO sites to visit. Regardless of where you’re going, don’t forget to have fun, take pictures, and eat as many regional variations of poutine as you can.

Travel Tips what not to do things not to do

Explore Canada
Good things are meant to be shared!