Cuba brings to mind magical beaches and dashing pirates, adventure and hope, rebellion and joy, a blend of the old and the new. This remote island nation in the Caribbean is one of the most offbeat travel destinations in the world. A Cuban adventure offers a host of exciting experiences including eclectic architecture, sun-kissed beaches, coral reefs, bird watching, complex revolutionary history, and much more. All set for a Cuban adventure? That’s great! Remember to travel responsibly and void hurting local sentiments. All you need is some knowledge and sensitivity. So, to help you have a smooth Cuban holiday without any faux pas and mishaps, we have created a list of what not to do when in Cuba.

As with any public vehicle you enter in any country, it’s best that you know how the local public transport works and how to identify fraudulent attempts on tourists. There are a number of unlicensed taxis in Cuba that aim to rob passengers so make sure that the taxi you’re hopping into is a legitimate one.

And even if you do get into a legitimate taxi, either ask a local how much a taxi fare would cost from your starting point to your destination and insist that the taxi meter be used in order to avoid being overcharged.

Source: Photo by user puffy eyes used under CC BY 2.0

In Cuba, the local bus called gua gua, is the cheapest form of transport. Use these buses sparingly, as they are crowded and have erratic schedules. For short distances within the city, save time and energy, by opting for bike taxis instead. When traveling between cities via bus in Cuba, opt for the Viazul which is a tourist bus line. Local intercity buses (called omnibus or Astro) are crowded and typically meant for people with a local ID. Sometimes, you might be able to get a ride but in the eventuality of a check, the bus drivers will be personally liable for fines.


Handle money carefully. In Cuba, you will come across two currencies: Cuban Pesos Nacionales (CUP) and Cuban Convertible Pesos (CUC). While exchanging currency, be very careful about getting CUP slipped into the CUC as the coins can be easily confused. Also, to avoid getting ripped off, always know the exchange rate and convert currency only in one the following places: airports, official exchange houses in the city (called Cadecas), BFI and Banco Metropolitano banks, and major hotels such as the Hotel Nacional or Hotel Saratoga.


Stick to bottled water while traveling in Cuba. As a rule, you should avoid drinking tap water in Cuba. Though the water is purified at the source, sometimes the water might get contaminated in the distribution system. There have been instances of cheap plastic being used in plumbing and even the possibility of lead contamination. Most hotels provide bottled water and filling stations with purified water. Plan ahead before traveling to remote areas and stock up on bottled water.

5. Never blow your nose in public


Unlike other Latin American countries, Cubans consider blowing your nose and spitting in public extremely offensive. Whenever possible excuse yourself and clear your nose in a bathroom or a private area. In addition to using a more sanitary option, you also avoid being rude to your hosts.


Cuba is amongst the most photogenic places in the world and while traveling it is tempting to click pictures of the local people. However, stop, and think about how you would feel being photographed without permission? In Cuba, and everywhere else, it is always respectful to get permission before clicking portrait shots. Try building a rapport with someone before clicking a photo. You will be surprised at the wonderful photos and stories you’ll have.

8. Never keep your belongings out of sight


Cubans are friendly, helpful, and hospitable people. However, like in any other country, there are a few unscrupulous ones who might try to hustle tourists. Some people follow tourists looking for an opportunity to take their valuables and then ask a ransom for its return. So always keep your luggage in sight, even in places like hotel lobbies and cafes. If you are going for a drink, don’t carry valuables. And, never leave your phone, laptop, or tablet unattended.


Cuban culture is often a mystery to visitors. Before 1977, locals were not allowed to mingle with international tourists. Most travelers confined their interactions to Cubans working in the hospitality industry. Now, with more liberal policies, there is an increase in tourism. While traveling in Cuba stay sensitive to the local culture. Don’t abuse Fidel Castro, get into heated political arguments, or criticize local cultures and customs. Treat everyone with respect. And, in general, be polite to the people around you.

10. Do not complain about your accommodation


Traveling in a new country can be challenging. And, sometimes travelers get stuck in a negative loop. They are only able to see the flaws around them, in their accommodation, services, and transport. Not only is it a waste of your time, but also incredibly rude to your host country. If there is a genuine problem in your accommodation, you should politely ask for a solution. Avoid comparing your hotel with those at home and putting them down. Embrace the experience of being outside your comfort zone.

11. Refrain from photographing people in uniform


Travel bloggers and photographers should know the local culture around photography while traveling. In Cuba, it is illegal to photograph police, soldiers, and military personnel. You might be tempted to take a few shots surreptitiously, but remember that if you are caught it would be considered espionage. And, even if you are not caught, it is still impolite to flaunt the laws of a country deliberately.

Cuba recently became more loose in its tourism scheme, allowing travelers from various parts of the world to finally see more of the unique country. Although, it’s important to note that when invited to a local’s home or invited to dine with Cubans, bringing up politics during a meal is considered rude and makes people highly uncomfortable. It’s best to blend in like a proper tourist and show interest in Cuban culture without having to poke Cuba’s communist politics. Better to be safe than sorry!

The Cuban people are warm and welcoming and this is something you will feel when exploring the country. There are many locals who will sit by you in the bar and approach like a friend but best to trust your intuition about people as they can scam you into paying for their “advice.” Be mindful of the people you will be meeting and spending time with because it’s better to make a friend than pay for a temporary one without you realizing.

The most important thing when in Cuba is to enjoy the place. Don’t worry too much about the scams, rules, and customs. Be sensitive and polite when talking to people. Follow the basic travel rules. Stay safe and just have fun. 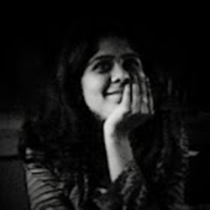 Explore Cuba
Good things are meant to be shared!