Best Things To Do In Cebu: Top 10 Cultural Sites To Visit

Amidst high-rise buildings, luxury resorts, and a bustling metropolis, Cebu remains and will always be one of the Philippines most historical places. Playing a significant role in the country’s history, Cebu beckons not just the history buffs but those who want to know more about Cebu. Thus, to fully experience Cebu, make sure you visit any of these cultural and historical sites. Absolutely a not-to-be-missed cultural landmark in Cebu, Basilica del Santo Niño is not just the country’s oldest church but it bears the history and tradition of the Catholic faith in the Philippines. Tracing its history back to Ferdinand Magellan’s time, it has endured three fires and the 2013 earthquake that collapsed its belfry. Santo Niño Church as locals prefer to call it, serves as the sanctuary of the Santo Niño that Magellan himself brought.

Today, it is a mix of pilgrims and tourists. Admire its architecture but most of all, observe the Christian tradition and deep Catholic faith of the locals. The site of the cross that the Spaniards planted upon their arrival is enshrined at Magellan’s Cross, just outside the Basilica del Santo Nino. To prevent people who believe the cross holds supernatural powers from stealing a piece - the cross is encased in timber wood known as “tindalo”. Some might say there is nothing much to see here, but Magellan’s Cross is a major historical piece, symbolising the beginning of European conquest in the archipelago that changed the country’s history and what it is today. From Magellan’s Cross, walk for 5 minutes towards Fort San Pedro, a military defense fortification built by Miguel Lopez de Legazpi, the Spanish explorer who successfully established a Spanish colony in the Philippines, almost 45 years after Magellan set foot in Cebu. Though the smallest, Fort San Pedro is the oldest fort in the country. Today, the fort is a popular attraction in the city.

A peaceful walled space in the city center, walk around its walls and see views of the Plaza Independencia and the port. Visit its museum or spot the coral stone bricks as well as cannons. Kid-friendly, Fort San Pedro has space and history for families to enjoy. This busy street in Cebu with its decades-old buildings mirrors one big market where locals shop for goods at bargain prices. But did you know this is not just Cebu’s oldest street? With Cebu as the oldest city in the Philippines, Colon Street is the country’s oldest street and it has up to this present, remained a thriving commercial area.

You can walk along the street and get a real feel of local trade or, if you find the bustling activity too overwhelming, take a cab and watch as the activity unfolds around you. For returning locals, Colon brings nostalgia while adventurous tourists love the kind of Cebu they see on this busy street. Needless to say, Colon Street is one historical street that needs further attention. Source: Photo by user Capella Boltiador used under CC BY 2.0

Those who grew up in Cebu first visit the Taoist Temple during a school field trip. Tucked in an affluent residential area, unsurprisingly called the Beverly Hills Subdivision, the Taoist Temple is open to non-followers and believers of Taoism. Built in 1972, it is still one of the popular stops when it comes to cultural sites in Cebu. The majority of Cebuanos have Chinese lineage and the prominence of the Taoist Temple secures the fact that Cebu is one big Chinatown.

Visitors can see the Chinese architecture, walk along the replica of the Great Wall of China and spot the dragon. They can also observe the worshippers in the Main Hall or relax and see the view of the city. Visiting the Taoist Temple is a nice respite from the bustling urban city life in Cebu. With much of Cebu heavily destroyed during the Second World War, some older buildings remain. One of them is Yap-Sandiego Ancestral House located in Parian District, a Chinese enclave in Cebu. The house was built way back in the 17th century, making it the oldest residential house in the Philippines. Like most structures in Cebu, it is made of coral stone and Tisa (clay tile) roof. Highly durable hardwood like molave was also used. Visit the living quarters and dining room to see how people used to live and check out some of the house’s interior pieces - some as old as the house itself - from religious items to their dinnerware.

Duration: around 45 minutes to 1 hour Those who want to drop by Cebu’s museums should not skip Casa Gorordo, an ancestral home, turned museum. Built in 1850, Casa Gorordo is newly renovated, complete with an interactive multifaceted museum, with tablets for guests and a museum café. The house was built by Alejandro Reynes and later bought by Juan Isidro Gorordo. It is unique as it has a chapel inside - one of its owners, Juan Bautista Gorordo, was Cebu’s first bishop. The lower ground is where visitors can experience an interactive museum tour while learning about Cebu’s history and heritage.

Tour around the house and imagine life among the local elite. Guests can check out Bishop Gorordo’s study, with an authentic copy of Noli Me Tangere, an anti-clergy novel written by Jose Rizal that helped ignite the Philippine Revolution against Spain.

Near by Food: Museum has its own cafe Source: Photo by user shankar s. used under CC BY 2.0

A must-do when on Mactan Island is Mactan Shrine, one of the first tourist attractions on the island. Mactan Shrine is built in honor of the Battle of Mactan and the two opposing leaders – Lapu Lapu and Ferdinand Magellan. Visitors will see a mural depicting the battle in 1521 that lead to the death of Magellan, and a pivotal point in history proving that Cebuanos never kneel down before a foreigner without a bloody fight.

Magellan’s body was never recovered and a Magellan monument was built with an obelisk inscribed with “Gloria Espanola”. The highlight of the shrine is the 20 meter (65.6 foot) sinewy statue of the local ruler, Lapu Lapu (the city is named in his honor), who is also hailed as the first hero of the Philippines. The city of Carcar in southern Cebu is not just the “Shoe Capital of Cebu”. It is also more than just chicharon (fried pork rinds) and lechon. Carcar, unlike other cities of Cebu, has the highest number of well-preserved structures, and is therefore also known as Heritage City. Take a walking tour around the city starting at the plaza or town square and its parish church, St. Catherine of Alexandria, with its Moorish-influenced domes. The church convent is also one of the oldest in Cebu.

Some of the city’s other heritage buildings include the Upland Elementary School (1905) and one of the buildings of St. Catherine ‘s College (1921). The city museum used to be a women and children hospital and is a dainty structure with its latticework and curved railings. Don’t miss Carcar’s heritage homes, some dating back to 1859. Southern Cebu constantly summons travelers with its pristine beaches, breathtaking peaks and whale sharks. However, this church’s charm makes it hard not to stop for a quick look. Boljoon Church complex is a historical treasure, not just for its tenure but the role it played. This sea-facing church is a fortress against the Moro slave raiders with a blockhouse watchtower built complete with artillery.

The convent now serves as a museum. Beside the church is a school with dates back to 1940 while on the other side is the ruins of an 18-century cemetery. Archeological excavation on the grounds unearthed a burial site, complete with burial jars, necklaces, and other objects. The church with its triangular pediment and bas-relief, as well as its ceiling paintings, is equally remarkable.

These cultural sites and heritage places are some of the things Cebuanos are truly proud of, patronized by local tourists and now by international visitors who wish to get to know Cebu deeper, through its past. Cebu has kept its culture and heritage all these years and it has successfully intertwined with modernity. More than beautiful structures, it is here where Cebu’s heritage is eternally sealed. Thus, visiting various cultural attractions in a city so rich in history will always be a highlight, when in Cebu. 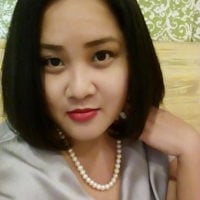 Valerie Caulin is a travel and lifestyle writer and runs her own blog, www.valcaulin.com. She loves writing about hotels, family travel, and anything related to history and culture.
Want to contribute as a Local Expert?
Register Here
Hotels
Lowest Price Guarantee

Explore Cebu Island
Good things are meant to be shared!