10 Best Things To Do In Vellore, India

The majority of the people in India know Vellore for the superb medical facilities at Christian Medical College & Hospital, but the city and its nearby locations are filled with top tourist attractions. Vellore is a sprawling city and administrative headquarter of Vellore District in Tamil Nadu, India. Although Vellore City is a major center for medical tourism in India, the ancient places mentioned below will give you a detailed knowledge of the rich cultural heritage and the thousands of years of history of this city and district.

Sripuram Golden Temple is a spiritual park situated at a small range of green hills at Malaikodi in the southern state of Tamil Nadu, India. Consecrated on the 24th August 2007, Sripuram Golden Temple welcomes the devotees from all religions and backgrounds between 4 am to 8 pm. The most amazing fact of this temple is that it is gilded with pure gold, the amount is twice more than the gilding of another around 450 year old Golden Temple in the city of Amritsar in Punjab, India.

Standing in the queue is sometimes essential as Sripuram Golden Temple attracts tourists from various parts of India and other countries. Some unique arrangements are also created by the temple management in exchange for little fees for those who are in a rush and running short of time. The salient feature of it is the Vimanam and Ardha Mandapam is covered with pure gold. The temple was constructed by Sri Narayani Peedam, a Vellore-based charitable trust.

2. Vellore Fort lets you know about the famous prisoners The 16th-century Vellore Fort is situated in the heart of the Vellore city. Created by Vijayanagara kings, the beautiful concrete fort at one time was the headquarters of the Aravidu Dynasty of the Vijayanagara Empire. From outside and inside, you will be amazed to see its grand ramparts, and very tough masonry. The fort also remembers the family of Tipu Sultan and Sri Vikrama Rajasinha (the last king of Sri Lanka) who were kept as prisoners here during the British rule. It is one of the perfect specimens of military architecture in South India.

3. Jalakandeswarar Temple lies in the middle of water Source: Photo by user Vaikoovery used under CC BY 3.0

You should not miss Jalakandeswarar Temple if you visit Vellore Fort because the temple is located in the fort. The temple is a beautiful example of the Vijayanagaram Architecture. You will get to see exquisite carvings on the tower, large wooden gates, splendidly carved stone pillars and very attractive sculptures and monoliths. If you ever find the opportunity to visit Krishnapuram Venkatachalapathy Temple, Alagar Koyil and Soundararajaperumal Temple you will find similar Vijayanagara sculptures were used in Jalakandeswarar Temple. When you step inside the Mandapam or hall, you will be amazed to see carved stone pillars of horses, dragons and yalis (lion-like animal) have supported it (the hall).

Another beautiful part of Jalakandeswarar Temple is that it was built in the middle of a water tank and the water encloses the temple like a garland. The water tank is not a small reservoir. As a whole, the level of your surprise by minutely going through Vijayanagaram architecture will surely increase here.

Sri Lakshmi Narasimha Swamy Temple is an exclusive shrine for Hindu God Lord Lakshmi Narasimha, who is considered an incarnation of Lord Vishnu according to Hindu Puranas. The history of this beautiful temple says that it was built in the 8th-century by a local chieftain named Rajavarman at the command of Lord Narasimha who appeared in his dream.

Millions of devotees visit Sri Lakshmi Narasimha Swamy Temple every year. Situated on a small hilltop, you will reach the temple by climbing only 50 steps. Apart from the main idol of Lord Lakshmi Narasimha, the idol of Goddess Lakshmi is also there and she is seen here sitting on his right knee. This unique posture of the Lord and the Goddess is considered the main attraction of the temple. There are also other deities like Sri Lord Bala Anjaneya and Sri Garuda. Situated at a village named Vallimalai, Subramanyar Temple is linked with various colorful legends and rituals. The natural scenery is tremendously beautiful here because the temple is situated on the slopes of Javvadhu Hills and River Palar is flowing nearby. Devotees need to climb 300 steps to reach the temple. The history or legend goes back thousands of years and a strong belief is maintained here that childless couples will be blessed with children after praying in the temple.

6. Delhi Gate takes you back to centuries old history Mughal governor, Daud Khan Panni in the 18th-century, built Delhi Gate in Vellore at the bank of River Palar. Delhi Gate is remembered for a memorable defense accomplished by Robert Clive during the Siege of Arcot. Visiting this place will take you to the pages of centuries-old history. Indian Institute of Astrophysics’s the Vainu Bappu Observatory traces its origin back to 1786 and the credit goes to William Petrie. Located at a village of Kavalur, Vainu Bappu Observatory has kept a very strong telescope, one of the largest optical telescopes in Asia. This telescope helps in performing deep sky observations with a diverse array of focal plane instruments. Your itinerary should be finely planned to avoid covering extra distances. It is better to first visit Vainu Bappu Observatory at Kavalur village and then travel to Yelagiri, a beautiful hill station in Vellore district of Tamil Nadu. The place is beautifully surrounded by rose gardens, orchards and green valleys. This is one of the famous places for trekkers in India. Yelagiri Hills is also popular as a home for hundreds of snakes. Jalagamparai Waterfalls is quite famous here. Situated in Thirumanikundram, Ratnagiri Balamurugan Temple was built in the 14th-century on top of a hill. A major attraction in this place is a stone shrine that got converted from an ordinary sand structure over the passage of time. The temple attracts hundreds of devotees daily to seek blessings of Lord Murugan.

10. Access a huge collection at Archeological Survey of India Museum

Just a 4 km (2.4 mi) distance from Vellore Bus Stand, Archeological Survey of India Museum is known for having several collections of attractive sculptures and art crafts that will surely mesmerize you. The collections kept in this museum trace the origins back to the 8th-century when the region was ruled by Pallavas and Cholas.

How to reach Vellore

If you are traveling by train from any major station in India, you need to get down at Katpadi Junction Railway Station. If air route is favorable to you, then you can reach Vellore on road from Tirupati Airport or Chennai Airport. Once you arrive, don’t forget this list! 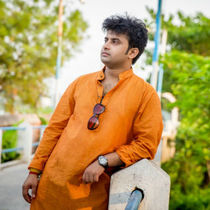 Explore Vellore
Good things are meant to be shared!