There are so many things to do and see in Los Angeles that it is easy to miss the few remote spots that are unlike any other in the city. Olvera Street is the hidden gem in an otherwise overwhelming city. With shopping, dining, museums and art galleries, this community of Angelinos welcomes you into their quarter with open arms.

A unique community in LA’s most crowded region Known as “the birthplace of Los Angeles”, Olvera Street was created in 1930 as a way to preserve the traditions and customs of early California natives. What began as a traditional Mexican market, Olvera Street has recreated an era of Los Angeles history that would otherwise have been lost in the hustle and bustle of the city. Many of the block’s current vendors and shop owners are descended from the original creators of this now iconic street. The block is recognized as a part of the El Pueblo de Los Angeles Historic Monuments, which is on the National Register of Historic Places.

Eat, drink, and be merry When headed toward Olvera Street, you are greeted with the delightful smells of meats and tortillas coming from the dozens of taqueria’s and cafes in the area. Whether you are the adventurous eater of the bunch or prefer a more traditional cuisine, you will find a smorgasbord of tempting options to choose from.

Cielito Lindo, one of Olvera Street’s oldest establishments, has been serving fresh homemade taquitos and avocado sauce to hungry ongoers since 1934. While all of their cuisine is exquisite, their beef taquito’s are the star of the show and many have to wait in line to get them fresh during meal times. If you’re in a hurry, Cielito Lindo also offers frozen favorites, prepared in-house, and frozen for visitors to take home and make on their own.

The festive decorations and music set a romantic, yet friendly ambiance for anyone to enjoy. If you are lucky, you may be there on a day when the Mexican folkloric dancers make an appearance and show off their incredible rhythm and dance skills. The shops on the block offer a wide range of authentic, homemade items such as clothing, pottery, and leather goods. The entire street is for pedestrians only, allowing visitors to peacefully stroll down the shady, tree-lined road. The exposed brick from the surrounding buildings give a nice sense of seclusion from the hustle and bustle of downtown Los Angeles, which is just on the other side of the block.

The majority of the current vendors are descendants from original vendors who opened their doors back in 1930 when Olvera Street was first created. You will also find vendors displaying Mexican folk art, or Mexican inspired crafts such as colorful pinatas, handmade sombrero’s, hanging puppets and even the occasional mounted bull horn.

Explore the diversity of Olvera Street

Whether you are visiting just for the food and shopping, or you want to enjoy a cultural experience unlike any other, you will undoubtedly have a great time. A civic group known as the “Las Angelitas del Pueblo” gives free tours of the area every Tuesday through Saturday at select times. Although the tours are free, you are encouraged to book your tickets at least a week prior to your visit. You may even want to plan your trip around certain holidays such as Los Tres Reyes, Cinco de Mayo, Mexican Independence day or Dia de los Muertos. For these holidays, the merchants go all out in their celebrations with days of dancing and live music. Olvera Street attracts nearly 2 million visitors every year and continuously serves local tradition to both locals and world travelers alike. 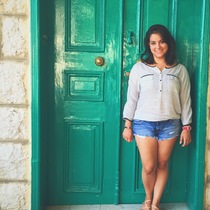 A self-proclaimed pop culture expert with passion for writing, music and television. I have recently also discovered my love for traveling. Whether it be across town, across the country or across...Read more
Want to contribute as a Local Expert?
Register Here
Hotels
Lowest Price Guarantee