China has always been a strong and powerful country and Beijing being its capital radiates the same kind of energy. The creative intelligence and skill of the people is reflected in the monuments that stand strong in China. Prepare to be taken aback by the exquisite architecture and the historic inheritance of this place on a visit. You can find all kinds of jewels in Chinese museums. The topology of China is vivid and cities are lined with strong and spellbinding buildings. Beijing, for example, is sprawling with spectacular monuments and structures. Let’s go ahead and look at the famous buildings in Beijing, China. All of us are always taken aback by the architecture and design of skyscrapers but this building is not like any other tower. It is a skyscraper with a creative architectural design. CCTV’s loop poses a truly three-dimensional experience, culminating in a 75-meter (246 feet) cantilever which is breathtaking. It is visible from all of Beijing and appears to be small and tall at different angles - which is just impressive. If you are in China, this building is a must-visit just to adore the amazing architecture that surrounds it.

2. National Center for the Performing Arts Art is a vital part of any civilization and Beijing has made sure that their art and culture are radiant, beaming, and out of this world. The NCPA is a spectacular dome-shaped building in China located in the heart of Beijing. The building encompasses the Opera hall with gorgeous gold color, the Music Hall, and the Theater Hall designed in a bright red color with advanced stage machinery and equipment. The outer layer of the dome is coated with nanomaterials and when the rain falls on the glass surface, it will not leave water stains. At the same time, nanotechnology also dramatically reduces the adhesion of dust - amazing right? It is surrounded by a beautiful lake which adds to its magnificence. Just the image of this building looks so splendid that you would want to go and see it with your own eyes to confirm that it actually exists.

National Center for the Performing Arts Ever looked at a skyscraper and wondered about the imagination and skill of the people involved in building it? All of us are astounded by the beauty, design, and architectural intelligence of the skyscrapers. China Zun is the tallest skyscraper in China which is 528 meters (1,732 feet) tall surpassing the China World Trade Center Tower III by 190 meters (623.3 feet). China Zun is the nickname given to the CITIC tower because it resembles Zun, a wine vessel in China that is sleek and tall. The vessel-inspired shape is functional as well as aesthetic, with the broader base giving the skyscraper more stability in China’s seismic zone which reduces the safety issues. When in China, wander around and breathe in all the architectural beauty around you.

4. Great Hall of the People Any political hub in a city needs to instill the essence of the thoughts, rules, and development of the country. That is what the architecture of this building is all about - it symbolizes the national unity and ethnic equality of the nation. It is basically used for legislative purposes, ceremonial activities, meeting foreign delegates, as well as large anniversary celebrations attended by top leaders. When it is not being used for political purposes, non-political conventions and concerts take place to entertain the general public. It is also known as the Great Auditorium in Beijing because of its huge area and impressive intricate designs.

Great Hall of the People

The heritage of China has so much depth that we can go on digging and still find a lot of interesting stuff. An incredible part of this building is that it is spectacular from the outside and the culture that it stores inside is equally astounding. The exquisite architectural complex is also known as the Forbidden City. It is an amazing treasure of paintings, calligraphy, ceramics, and antiquities which makes this place one of the prestigious museums in China. It is the core of the national heritage of China and is protected by walls on all four sides. It is fascinating to think that, once an impenetrable fortress, the imperial palace is now a public museum that is every bit worth visiting. Museums are the pure reflection of a country’s tradition, history, and achievements and that is something worth preserving. The National Museum of China or the NMC is a supreme establishment in Beijing that embodies China’s fine traditional culture, revolutionary culture, and advanced socialist culture. The NMC houses more than 1.4 million items of the collection, covering ancient and modern artifacts, rare and antiquarian books, and works of art which is incredible. They uphold countless exhibitions to proudly display history and culture, selected artifacts, archaeological discovery, modern masterpieces of fine arts, cultural items of specific regions, and international communication. People from all over the world visit China for the finest exhibitions to behold the ecstatic beauty and the jewels of knowledge that lie within the vibrant walls.

Bells and drums are an integral part of Chinese history. Initially, they were used as musical instruments but then gradually were used by government officials to announce the time. These were used as a timepiece in ancient China and hold a very important place in the modern world. Drum Tower is a 2-story building made of wood and out of 24 drums which were present here earlier, only 1 survives. Nearby stands Bell Tower, a 33-meter-high (108 feet) edifice with gray walls and a green glazed roof. Both these buildings are standing strong even in the modem world and have been bearing the knowledge of the ancient world. The design is fabulous and makes you wonder about the creativity that that led to this beautiful piece of art. Temples define and shape the religious and mythological beliefs of any nation and it is very important to preserve them to preserve the beliefs. Imperial Ancestral Temple is a unique place where sacrificial ceremonies were performed in honor of the imperial family’s ancestors, especially for some important events. The architecture is incredible and unique - you can’t see such kind of design anywhere else in the world. It was built in a rectangular shape with its back to the north and facing right to the south. It was protected with double-layered walls, both well-decorated with red paint and yellow glazed-tiles roofs. It is an integrated building of three halls, each with its purpose and divine following. This temple is very well-known for its ancient cypresses. The Hall of Supreme Harmony has a very important historical significance in China. The ruling emperors used to hold court in here to discuss the nation’s affairs and resolve any public issues. It is the largest wooden structure within the Forbidden City in Beijing and the designs are breathtaking. The six pillars near the imperial throne are covered with gold and the entire area is decorated with a dragon motif. To add to this exceptional design, the Dragon Throne has five dragons coiled around the back and headrests which is a treat for the eyes. Chinese designs and architecture have always been talked about in various parts of the world and this structure, in particular, gives full justice to all the appreciation. Sports is the kind of event that makes any nation become one and strive for victory. The Olympics is one such event which holds a lot importance for each nation and the sportsmen involved in it. To make this event more interesting, Beijing has created such a magnificent park that your heart will stand still being in its presence. There are the following different parts of this marvelous space: The Central Section which contains the Bird’s Nest and Water Cube, including a stadium, aquatic center, and a creatively designed museum; The Northern Section with the Olympic Forest Park which embodies the spirit of Olympic games with five towers arranged like the five Olympic rings; and The Southern Section where there is the Former Sports Center and China Ethnic Culture Park. While strolling down this park you can sense the spirit of sportsmanship running through your veins and the feeling is incredible. The structure, as usual, is filled with brilliant architecture and it splendidly integrates sports with nature.

The structures in Beijing are an amazing mix of beauty, culture, and refined skill which will leave you awestruck and astounded by these man-made wonders. On a visit to this mega-city in China, keep this list of famous buildings in mind and enrich your tour. 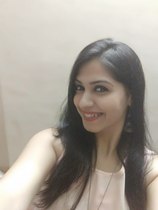 Words are not just paper soaked in ink, they are the direct connection to your soul. For me writing is the true form of human emotion and I am really very passionate about it.
Want to contribute as a Local Expert?
Register Here
Hotels
Lowest Price Guarantee