The Philippines is an archipelago in Southeast Asia. This country is rich in natural beauty as well as history, not to mention the best island resorts and wellness retreats that attract tourists from anywhere. Among the country’s pride are the beautiful buildings that can be found in Manila, the capital city of the country. Having been ruled by several foreign powers before it gained independence, these rulers have influenced not only the Filipinos’ way of life but also the architectural designs of the structures built during each era. Some of these buildings have become iconic and they have attracted many visitors especially those who are interested in architectural designs. Here is a list of the best famous buildings in the Philippines that are worth a visit.

1. Manila Cathedral (The Minor Basilica and Metropolitan Cathedral of the Immaculate Conception) The Minor Basilica and Metropolitan Cathedral of the Immaculate Conception, or Manila Cathedral, is one of the most prominent churches in the Philippines. In 1851, it became a cathedral - the first one in the country. The original church was made in bamboo and nipa. However, a fire destroyed it and a stone church was built on the site. Every time the structure was destroyed by natural calamities, a new one was built on the original site, with each structure built in the current architectural style. It was renovated several times until it attained its present grandeur. Today, visitors come to see this historic and magnificent structure that stood witness to the steadfast faith of the Filipinos and the evolution of architecture in the country.

2. National Museum of the Philippines The Museum of the Philippines San Agustin Church is the oldest church in the Philippines. It was built between 1587 and 1606 in Baroque and Spanish Colonial architecture. During World War II, it was the only building spared from destruction in Intramuros. It has weathered several earthquakes and other natural calamities. The facade is massive, and when you step inside, your eyes are met by the grandeur of the elaborate interior. The vaulted ceiling displays intricate and colorful frescoes. Glass chandeliers hang over the nave. These 19th-century fixtures were purchased from Paris.

Zuellig Building in Makati is a skyscraper that offers office spaces. At 33 levels, one can enjoy a fascinating view of Manila and a lot more. The structure has sustainable features that allow the efficient use of water and energy and improves the quality of air inside the building. Amenities include a food plaza, a sky garden, and a restaurant. Zuellig Building looks imposing as it seems to reach up to the sky.

5. Cultural Center of the Philippines The Cultural Center of the Philippines is another impressive building in Manila that is highly popular. It is admired by art enthusiasts that come to the center to see live artistic performances. Designed by Leandro Locsin whose works are known to appear like floating masses, the Cultural Center of the Philippines has a capacity of 8,458 divided into 10 sections, Established in 1966, the CCP has been tasked to oversee the development, promotion, and preservation of the arts and culture of the Philippines. The building has been the venue of several national and international events relevant to the culture and arts.

Cultural Center of the Philippines

6. Parish of the Holy Sacrifice The Parish of the Holy Sacrifice was another project of the famous Filipino architect Leandro Locsin. This was the first church in the country to have a circular shape and a dome that was designed with a thin shell. It serves the faithful of the UP Diliman Campus and the parishioners of Cubao, Quezon City. The circular design gives a sense of active participation of the congregation during the masses and other church events. The altar is found in the middle and the circular wall features 15 murals that illustrate the Stations of the Cross. The 15th mural depicting Christ’s Ressurection adorns the sacristy wall.

Parish of the Holy Sacrifice

The Philippine Arena has been named the world’s biggest indoor arena. It is a multipurpose structure with a capacity of 55,000 people. Designed using the modernist style, the building was inspired by the country’s national tree, the narra tree, as well as the roots of the banyan tree, and the nipa hut. Located in Ciudad de Victoria, an enterprise zone in Bocaue, Bulacan, it has served as the venue for basketball, boxing, tennis, football, music performances, concerts, and even cockfighting. It was featured on the Discovery Channel as among the structures in the Philippines that can withstand typhoons and earthquakes. Malacañang Palace is the official residence of the president of the Philippines. It was originally built as a summerhouse of a Spanish nobleman in 1750. Its name was derived from the words “May Lakan Dyan”, which, in English, means, “there lives a nobleman here”. The Spanish government purchased it in 1825 to be used as the official home of the governor-general. Throughout the years, major renovations have been made. In 1979, renowned interior decorators were hired to give the palace a makeover. Today, it has several halls and within the premises were several buildings. The palace has a vast garden and park that is now called the freedom park.

Manila features plenty of old and famous hotels, The Manila Hotel being the oldest leading hotel in the Philippines. This hotel was inaugurated in 1912, making it more than a century old already. It stands near South Harbor and Rizal Park, also known as Luneta Park. The rooms in the upper levels command an unobstructed view of the surrounding areas, including the historic Intramuros. Considered as the address of prestige in the Far East, dignitaries and celebrities from all over the world make it their temporary home while in the Philippines. Designed and renovated by famous architects, the hotel has lovely rooms designed for luxurious living.


The Manila Hotel - Multiple Use Hotel

Eco-hotels and resorts are abundant in Manila, but if you’re looking for an accommodation that is both luxurious and famous, then consider staying in Grand Hyatt Manila. This hotel boasts an architectural design that is similar to the Empire State Building in Manhattan. Located in Grand Central Park, the hotel offers an unobstructed view of the surrounding areas and the skyline of Manila. There is ample parking space in the basement and valet parking services are also available. With spacious rooms, luxurious beddings, and spotlessly clean bathrooms, staying in Grand Hyatt Manila spells comfort and opulence. Take a swim in the spacious swimming pool, work out in the fitness center, or get pampered at the spa. Enjoy gourmet food, excellent drinks, and a fantastic view at the roof deck restaurant of the hotel.

See the grandeur of the best famous buildings in the Philippines

With its history and diverse culture, the country takes pride in its magnificent buildings that feature different architectural designs. People visiting Manila can not experience only the best theme parks and other attractions, but they can also take pleasure in viewing the best famous buildings in the Philippines - some of which were designed during the Spanish Era while others show modern styles. We hope our list helped add more interesting things to your Philippines travel bucket list! 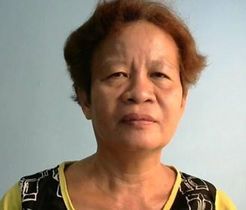 Leonora Puno loves to see places where nature abounds. She has traveled to several parts of the Philippines that glorify the beauty of nature. She loves reading about the beautiful places in other...Read more
Want to contribute as a Local Expert?
Register Here
Hotels
Lowest Price Guarantee

Explore Philippines
Good things are meant to be shared!