Vienna, the capital city of Austria, is one among the least spoiled European capitals. The city consists of beautiful architectural marvels, baroque style buildings, and imperial traditions. When viewed from the skyline, St. Stephen’s Cathedral takes most of the limelight. Vienna owes most of its architectural fame to Empress Maria Theresia and Emperor Franz Joseph. Under their rule, Vienna flourished in its architecture. Vienna also has many cozy taverns, coffee shops, museums and art galleries, and even quaint Airbnb vacation rentals. For tourists looking for a fun outing, the city can offer some incredible sites and things to do at night. However, you should never miss an opportunity to explore the famous buildings. Find out more about them here and discover the most famous buildings in Vienna, Austria.

Burgtheater, originally known as K.K. Theater an der Burg, is the national theater of Austria in Vienna. It is one of the most historical landmarks to grace the center of Vienna’s boulevard. Second to Comédie Francaise, Burgtheater is Europe’s oldest theater. Today, this Vienna iconic building hosts regular performances of plays written by contemporary playwrights and the classic pillars of world theater like Shakespeare and Goethe.

If you decide to watch a live performance, note that all performances are in German but some of these performances have English subtitles viewable through a local app. For those who just want to marvel at the interiors of the building and view the Klimt frescoes, a guided tour is highly recommended.

There is more to know about the Parliament Building apart from being the venue for the swearing-in ceremony of the President of Austria. It is not only the center of Austria’s political activity, visitors can get a true impression of the workplace of politicians through its wealth of history, art, and noble architecture. It is one of the largest structures on Ring boulevard and houses over one hundred rooms.

The building has been the home of the Austrian parliamentary and democracy for over 130 years. Its architectural features and rich artistic details fascinate its viewers. Have a look at the private and staterooms of the Franch Joseph and Sisi at the Schönbrunn Palace. The Imperial Palace has been one of the top attractions in Vienna since the 1950s. The palace has a beautiful garden, the Gloriette monument, the Palm House, and the zoo. The palace has 1441 rooms which are all inspired by baroque-style architecture. Take a look at Austria’s most loved architectural masterpiece, the St. Stephen’s Cathedral. The construction of the cathedral began around 1137. However, the structure was not completed as a single assignment. Various factors like fire and war left the building charred and damaged. After WWII, the reconstruction process reinstated the damage. Today, this famous Vienna building has emerged as a World Heritage Site. You will be surprised to know that this is the exact church in which Mozart was married. Enjoy the Roman and Gothic style architecture of the church as you climb the 343 spiral steps and have a look at the beautiful view which awaits you at the top of the tower. The Belvedere is one of Vienna’s historic buildings. The palace is set in a gentle gradient and it has a Baroque-style garden. You will also find wrought iron gates that look majestic in their appearance. There is also a tiered fountain and cascade inside the property. Feel enchanted by the architecture and beauty surrounding the palace. This palace has two parts built for Prince Eugene; the Lower(Unteres) Belvedere and the Upper (Oberes) Belvedere. The palace now serves as a museum that showcases important collections of art which belong to the Austrian Baroque period. The Vienna City Hall, also called The Rathaus Building, is the seat of the local government of Vienna, Austria. The architecture of the building is influenced by the neo-Gothic design by Friedrich von Schmidt. It was constructed between 1872 and 1883 and has a total of five towers with the central tower being tallest of all. The central tower has a height of 98 meters (322 feet).

The facade of the Vienna City Hall resembles that of the Brussels Town Hall. A Rathausmann statue sits on top of the central tower, which is a prominent symbol in Vienna. The Vienna State Opera Is a prominent building in Vienna, Austria. This building was constructed between 1861 and 1869 based on the designs by architects August Sicard von Sicardsburg and Eduard van der Nüll. The architecture of this building is influenced by the neo-Renaissance style of the Czech architect Josef Hlávka. The Vienna State Opera hosts a large repertory of shows. Before you make your visit here, make sure you’re dressed appropriately for the venue. Source: Photo by Flickr user Twang_Dunga used under CC BY 2.0

The Hofburg is an important building in Vienna because it serves as the residence of the president of Vienna. The Hofburg was once an imperial palace of the Habsburg dynasty rulers. The Hofburg Palace is the same place where king Joseph II drafted revolutionary decisions for Vienna. The palace in itself is a lavish display of power and tradition. Inside the complex, you can visit the royal apartments, museums, chapel, library, and the Winterreitschule. You can also watch the Wiener Sängerknaben, which is a boys choir performance. If you’re looking to enhance your knowledge of the culture and history of Vienna, this place is definitely worth the visit. Learn about the art and the history of old Vienna at the Kunsthistorisches Museum. The Kunsthistorisches Museum hols the title of the largest art museum in the country. The building has a sandstone facade and an octagonal dome. The building was established between 1871 and 1891 by Emperor Franz Joseph I of Austria. The museum has an array of portraits and armor collections of Ferdinand of Tirol. it also houses paintings of Archduke Leopold Wilhelm. Here, you can explore the paintings and other artifacts in a peaceful environment free from chatters and cacophonous noises of other tourists. Standing at a height of 52 meters (170.60 feet), the Karlskirche church is an important part of Viennese architecture. This sixteenth-century building consists of a Baroque style architecture. The courtyard of the church has several statues that represent different elements of the Viennese culture. The church is dedicated to St Charles Borromeo, who was a great counter-reformer of the 16th century. Charles Borromeo contribution during the plague in Italy was widely recognized in Vienna. Take a tour to the top of the dome and have a close look at the fresco style painting done by renaissance painter Johann Michael Rottmayr. The Natural History Museum is a gold mine for people interested in Science and Research. The building follows a Baux Arts architecture and largely makes up for the beautiful facade of the building. The complex has a total of 39 rooms with each room dedicated to showcasing different aspects of evolution, prehistoric species and a sperate dinosaur themed room to help kids and adults understand the creatures that once roamed this blue planet. Taking a tour to the National History Museum should be well worth your time and energy. This Roman Catholic parish church dedicated to St Jerome is located in the central part of Vienna, Austria. The Franciscan Church has a very distinct style of architecture and attracts people from all walks of life. F. Bonaventura Daum was responsible for the architectural beauty of this church. The outside facade of the church appears to be a Renaissance style while the interiors resonate a Baroque style architecture. The church was erected in the year 1611. The Franciscan Church is another prominent place of Vienna.

Truly, it is very hard to deny the fact that Vienna holds many buildings, churches, and palaces that depict great works of architecture and beauty. The structures attract a large horde of tourists to Vienna. What is your excuse? Pack your bags and take the next flight to this enchanted capital city called Vienna.

1.&nbspWhich are the best architectural buildings to visit in Vienna?

The city of Vienna is a destination to behold when it comes to imperial structures. Visit these famous buildings and see for yourself: i) Burgtheater, ii) Belvedere Palace, iii) Vienna State Opera, and iv) Kunsthistorisches Museum.

2.&nbspWhich architectural buildings in Vienna are best for kids and families?

Sightseeing should be fun and educational for both kids and adults. The famous architectural buildings in Vienna that are family friendly include: i) Natural History Museum, ii) Schonbrunn Palace, and iii) St. Stephen’s Cathedral. 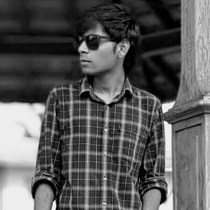 Shayan is a hard working individual currently pursuing his degree in Mechanical Engineering. He has a broad perspective about things around him and loves to offer his skills to the world. This has...Read more
Want to contribute as a Local Expert?
Register Here
Hotels
Lowest Price Guarantee