The 10 Most Haunted Places In Delhi, India

For centuries, people have always been gripped with spooky stories, strange phenomena, and other mysteries, and India is the center of it all. This country has seen a lot of unexplainable deaths and bone-chilling stories of spirits, ghosts, and black magic for time immemorial. Delhi, in particular, which is the capital of the nation, was the ground of ancient battles and home of royalties, and more that have attributed to being home to some of the most haunted places in the region. While some Delhiites, adventurers, and ghost hunters have experienced or seen some of the supernatural activities in many corners of the state, others are in total disbelief. Whichever category you fall in, here’s a list of the most haunted places in Delhi, India, that you should not visit alone or at night.

Posted by Indias most hunted places on Thursday, 27 July 2017

A once-wealthy couple, Madhu Kaul and Yadu Krishna Kaul, were murdered on a beautiful day in 1986 and thrown into an underground water tank by a trusted yoga guru. The murdered couple were the owner of the House Number W-3, which for 27 years, has not been occupied and believed to be haunted. After their murder, many visitors in and around this building claimed to have heard strange sounds, although there is no proof of a supernatural presence by experts. Today, the residence has been renovated by a Gupta family, but they come here only once in a while. It is worth checking out as you begin your adventure into the most haunted places in Delhi.

In the old times, the royals and the rich construct some hunting lodge in the middle of the forest for their convenience. The Malcha Mahal is one of those lodges, built in the 14th century by the Oudh, a royal household. The last three inhabitants of this abode never make direct contact with the outside world and refused to welcome any visitor. However, in 2017, the acclaimed Prince Ali Raza, the last resident, was found dead within the building, which is now open to the public. Many who have visited this place claim to feel some strange energy around it, although there have never been any paranormal sightings yet. However, there have also been many stories of missing individuals in the forest around this strange building, including journalists.

The path that leads to this vast community, close to Delhi University, is said to be haunted by a ghost called the lady of Delhi Cantt road. There have been claims that this paranormal being has attacked over 100 individuals, out of which over ten, didn’t survive. Spine chilling stories continue to arise from people who have been assaulted once or multiple times on this road. This place is one of the scariest in the city, and many have advised that once you are on the path and its evening, you shouldn’t give anyone a lift or even park for whatever reason, especially under the full moon.

3BD WOW!so quiet yet so convenient. 3 min to metro This fort is one of the oldest in Delhi, constructed in 1354 by Sultan Feroz Shah, the then Mughal king. Today, this place, which lies in ruins, is believed to house djinns – formless creatures that can grant wishes, but can also be moody and harmful, especially to young women. This site has received many visitors over the years, including the Bollywood star, Salman Khan. If you visit on a Thursday, you will find people offering grains and milk, burning incense, and lighting candles to seek the favor of the djinns for their wishes to come true. You will even find people with mental problems, seeking peace and solace. The Jamali Kamali Tomb and Mosque are old and desolated areas, located close to each other. There were constructed in the early 1500s and named after two individuals – Kamali and Jamali, who were buried in the tomb in 1535. There have been a lot of strange stories and experiences told by visitors about this haunted place. Some claim to hear frightening noises and strange feeling once they are within the tomb or mosque. Visitors are not allowed into the grounds once it’s 6pm, but it is open every day of the week. In 1857, some soldiers of British and Indian origin revolted against the government in what was called the first revolt of Indian Freedom Struggle. The Mutiny House was built as a memorial to the martyred fighters, and it is situated close to the Lothian Cemetery and Nicholson Cemetery. On the event, many headless corpses of British soldiers were found on the grounds and are said to haunt the place even today. Many people claim they have seen one of these headless corpses asking for a lighter for his cigarettes along the path that connects the main road from the Mutiny House. Are you fearless enough to tread this road, especially at night?

karkardouma, delhi court The lawyers at the Karkardooma Delhi Court have reported paranormal activities in the court...

In the day time, the Karkardooma Delhi Court carries out its day-to-day activities. However, at night, this location turns into a playground for ghosts. There have been claims that a shadowy, white creature roam the grounds of this court at night, and footages from the CCTV has confirmed these occurrences. Even the workers claim to have seen shadows of harmless spirits, roaming the offices in the day time, as well. These happenings have tagged this place as one of the most haunted in India, and a media sensation, as well.

khooni nadi ,delhi-110085 A stretch of water body which sucks you inside. A river which gulps down all those who...

The locals warn that anyone the makes contact with the stream of Khooni Nadi never makes it back alive. The sights of the place are scary, with thick green vegetation and trees surrounding the waterbody. It is believed that anyone that gets swallowed in the waters roams around the region as a ghost. Visitors have also reported disturbing sounds of crying people, and there have been many cases of death in the area. Although most of these cases are claimed to be suicide, it may be advisable to keep off the location, especially at night. Close to the Mutiny House, lies this spooky and creepy burial grounds, which is the oldest resting place for Christians in the city. Lothian Cemetery was used to bury English soldiers in the early 1800s, although it has been used as an internment ground for eminent Muslims. Over the years, passersby and visitors have reported paranormal experience of a headless corpse, believed to be Sir Nicholas, a British soldier. He committed suicide because he loved an Indian woman who was already married. There have also been reports of the ghost of a young boy, asking for his parents’ whereabouts. Can you stand the bone-chilling experience?

This list can’t be complete without mentioning this mysterious peepul tree, situated close to the road leading to Andheria from Dwarka Sector 9. People who pass this tree at night have claimed to see an angry ghost, with the face of a scary-eyed woman. There has been a lot of stories about this spirit, with some claiming to have been slapped or followed with incredible speed. If you want to explore this creepy place, you shouldn’t open the door when you hear knocking on the car’s door, or a gentle voice asking for help.

These places are not for the faint-hearted

India has long been associated with strange and creepy stories, which for many people and even some locals, it’s just a myth. Delhi, the capital city of India, has its fair share of scary places. If you want to explore the most haunted places in Delhi, it is better to go in groups, in the daytime, and also heed the advice of the locals. 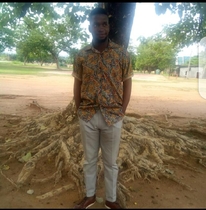 Colins is a quiet individual who always tries to find the meaning and beauty of things around his environment. This passion has led him to begin his journey in photography and hiking nature...Read more
Want to contribute as a Local Expert?
Register Here
Hotels
Lowest Price Guarantee