Take A Step Back In Time At the Wonderous British Museum, London

In the heart of London, only being a 2-minute walk from Tottenham Court Road station and just around the corner from Oxford Street, lies the British Museum: a wonderous centre filled with knowledge about many of the world’s cultures. A historian’s dream awaits; from the first step into the museum, you shall delve into the historical world of a whole heap of different cultures and countries that once spanned the globe and still have their impacts in modern society.

Wonders of the world’s artefacts The British Museum is as the name suggests: relics, artefacts and other points of interest that orientate around British culture and heritage. The architecture of the museum is the first noticeable point of the museum with a huge white exterior surrounded by a glass dome in the centre. With so many different areas of the museum to visit, the British Museum will easily make a day excursion with friends or family.

From the Celts to the Parthians to the Greek and Roman Empires, the British Museum encompasses many of the world’s artefacts as well as showcasing their own antiquities. The first floor is the main meeting point where each section of the museum is branched off from here; this area also includes the café and souvenir shop.

Most precious of Egyptian remains To the west is where many of the most famous of the British Museum’s collection begins: many of the ancient Egyptians’ tools are dotted around this area of the museum including hieroglyphs and mummified remains.

Feast your eyes on the amazing Egyptian artefacts that have stood the test of time. The many rooms filled with facts, books, mummified bodies, skulls, figures, coffins and much more bring the thousands of visitors to this area of the museum.

Come face to face with the last sculptures of the Romans Closeby to the Egyptian exhibition is the collection of Roman and Greek statues that dominate the room. These statues were erected when the Romans were in Britain centuries ago and have since been protected in the museum for public display; in turn we’re able to learn about the history of the Romans in Britain before they were eradicated. Although some are in a worse condition than others, they are still protected in the museum grounds, meaning you’re not able to touch any of the statues, but you can still admire from a distance at the intricate work of the Greeks and Romans. Many of the last remaining ornaments are also located here with every effort made to keep them in mint condition for the museum visitors, but you’re also able to hold some of the items at the free daily hands-on part of the Museum. This is where you’re able to touch many objects found in the museum that many only see behind the glass windows. Each ornament and object tells a story that keeps the visitors eager to learn more about the vast history of the United Kingdom and how many traditions, myths and tales came to be. Once you reach the end of this part of the tour, you shall be brought back to the British Museum entrance, where you have only experienced one segment of the museum’s extraordinaire.

Learn about the amazing worlds of the Romans, Egyptians & Greeks at the British Museum

The British Museum provides guides in 11 different languages, audio descriptions of each exhibition and a children’s multimedia guide to allow added ease of access. The British Museum is free entry and is located in between the tube stations: Tottenham Court Road and Holborn, on Great Russell Street just past the Dominion Theatre. It’s also a stone’s throw away from shopper’s paradise Oxford Street and within walking distance of many further attractions in the centre of London. Plan your visit today! 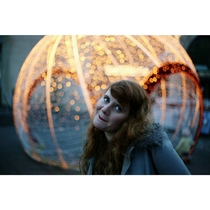