Things to do famous things US > Texas Gulf Coast > Houston

The second-largest state in the USA in terms of size and population, Texas is dubbed as the “Lone Star State” for its former status as an independent republic, having separated itself from Mexico, where it once was a province. Because of its rich history, Texas is a melting pot of culture, with so many beautiful small towns, and residents that are fiercely proud of their state. Its uniqueness has made it a favorite topic of songs and films, so much so that it has become familiar even for those who live outside the country. With its thriving cities, a number of establishments, including hotels near the convention center in Houston, have been steadily increasing. This brings more people to discover the beauty of Texan cities and towns as well as the things Texas is famous for.

The NASA Space Center is a science museum in Houston that displays space artifacts, spacecraft, space capsules, and many others. Each of the exhibits teaches visitors about NASA’s history and the various projects they have conducted over the decades.

Exhibits and galleries aren’t the only ones in this space center as it also hosts films and presentations which includes a 20-minute live presentation of life in the International Space Station and a 25-minute presentation of how rocket propulsion works and how it is achieved. If you’re someone who loves the heat of the sun, then one of the best things about Texas is its hot weather. Texas’ climate is described as arid in the west and humid in the east. The state is known for being one of the hottest in the country with its capital, Houston, being the hottest in August at 94.5 °F (34.7 °C).

Don’t be discouraged, though, as there are plenty of ways to address Texas’ heat like eating some nice, cold ice cream or going to the beach! Descended from the first groups of cattle introduced to the New World, the Texas Longhorn Cattle is known for the 100-inch horns exhibited tip to tip by both cows and bulls. Initially, the cattle weren’t thought of as much since tallow was preferred over lean beef at the time.

This all changed in 1917 when a Texas Longhorn named Bevo was adopted as the mascot of the University of Texas at Austin. This started a chain of events where the animal’s image started popping up around the school, particularly the athletics team who adopted the animal’s name as well. One of the top things associated with Texas is barbecues. Don’t ever mistake barbecuing for grilling while in Texas. Barbecue (or simply BBQ) is when food is smoked over wood at low temperatures, which can entail several hours worth, or even an entire day, of food preparation and actual cooking. While different kinds of meat can be barbecued, Texans love beef, particularly brisket. Other types of meat that can be barbecued include sausages, pork, chicken, turkey, and even goat. Cowboy boots were identified as the official state footwear of Texas in 2007, a designation that was made because of its indelible ties to history. After the Civil War, Texans became highly involved in cattle farming. Their unique needs led to the invention of the cowboy boots, footwear that is long lasting, can be worn comfortably even while on horseback, and relatively easy to wear. Interestingly enough, it was through the efforts of a middle school teacher and her class that the boots were identified as the official state footwear, as they did the necessary research on how these had an impact on Texan culture and history. The US has recently been recognized as the world’s top oil producer, a title that can be attributed to the sheer amount of this resource in the state of Texas. What is texas known for producing? Oil, of course! Texas accounts for 40-60% of the oil and gas produced by the US, and experts say that the industry will continue to grow in the next years. The large amount produced by the state is such that it now also exports to other countries; in fact, the amount of natural gas exported by Texas is more than what the other states produce, Spring brings forth the blooming of bluebonnet flowers, the state flower of Texas. During this season, it’s not uncommon to see cars stopping along highways so that the driver and/or the passengers can take photos of themselves surrounded by these beautiful blossoms. The wildflowers are only in bloom for a few weeks before they wilt, so make sure to grab the opportunity to take a picture with those before they disappear until the next year. 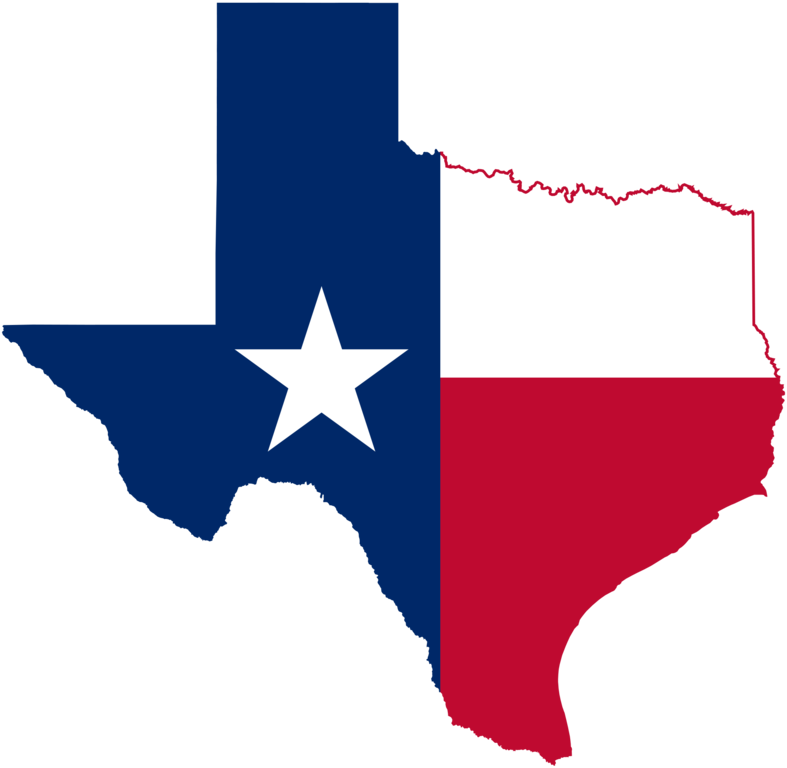 Source: Photo by Wikimedia Commons user AnonMoos based on... used under CC BY-SA 3.0

A local expression is “Everything is bigger in Texas”; in fact, the state’s capitol building is larger than the United States Capitol building in Washington, D.C. This saying certainly holds true as for the state’s size is concerned. At 268,820 square miles (more than 6 hundred thousand square miles), it is only second to Alaska and larger than several countries, including France and Germany. Because of its sheer size, Texas features a variety of climates and landscapes. Besides the deserts the state has come to be associated with, it also features forests, swamps, mountains, and plains. Source: Photo by Flickr user Beau B used under CC BY 2.0

Texas has held the unofficial title of being the country’s top producer of wool for several years. This industry dates back to the 18th century when missionaries and soldiers brought them from Spain for the ranches that they established there, although these were originally intended as a food source, with minimal shearing done. It wasn’t until the Spanish sheep were bred with American and other European stock that the industry expanded, although it wasn’t until the mid-1800s that it actually took off. Chili is the official state dish of Texas, so you can be sure that the residents there take this food seriously. What makes Texan chili distinctive from that of other places is that beans are not included in their version. Instead, the ingredients commonly included to prepare this dish are beef, chili peppers, and other spices. Various places in Texas hold chili festivals on a yearly basis, so those who love this spicy dish should definitely miss out on attending at least one of these. One of the many things most people know Texas is famous for is The Alamo which is arguably the most significant historical monument in Alamo. It is the site where over 150 Texans, including Davy Crockett and Jim Bowie, battled against Mexican troops, led by General Santa Anna. The defeat and death of the defenders prompted residents from the other parts of Texas to fight for their independence, taking up “Remember the Alamo” as their rallying cry. The Alamo is considered by residents as the symbol of their independence and liberty.

1.5-Hour Segway Tour of San Antonio and The Alamo You’ve probably already had nachos at least once in this lifetime, so you already know how popular and appreciated it is, not only in Texas, but all over the world. This dish is made with fresh corn tortilla chips topped with a generous serving of cheese and jalapeno peppers. People have made their own versions since and have added beef, salsa, and beans to make it more flavorful. Nowadays, it’s typical to see nachos eaten along with beer as it’s great for sharing and it doesn’t make you too full. Be sure to have some when you’re in Texas! Source: Photo by Flickr user Bureau of Land M... used under CC BY 2.0

Amarillo is known as the “Helium Capital of the World” because of its large helium reserve. Centuries ago, the place supplied this important gas to the world for a variety of purposes. A helium plant, considered a historical landmark, can be seen on Business Interstate 40. However, the old facility is presently not in use and is awaiting renovation. Texas is one of the leaders of the rodeo scene, and it is also one of the best things about Texas. In fact, the first rodeo was held in Pecos, and the small town continues to host its annual rodeo, which draws cowboys from across the country to compete with each other. The state also continues to host the Houston Livestock Show and Rodeo, the largest rodeo across the globe, every year. The Southwestern Exposition and Livestock Show, the oldest continuously running rodeo are also in Texas at Fort Worth.

16 reviews
Oops, this activity is currently unavailable. Check out these alternative activities in the same location. The popularity of cowboys has also led to the spread of country music in the state. Over the years, it has become one of the many things Texas is known for. Texas country has evolved into its very own musical genre, which is a blend of outlaw country with traditional country sounds. The themes of the songs under this genre usually revolve around the working man’s struggles, along with those that touch on nature and local tradition. The music itself is often stripped down.

107 reviews
Oops, this activity is currently unavailable. Check out these alternative activities in the same location.

These pieces of trivia barely scratch the surface of the fun facts and information involving the Lone Star State. Thanks to its long-running history, there’s plenty that people can say when talking about Texan culture. The best way to learn more about it is to drop by and visit to see for yourself what makes it unique from other places. Houston even offers some great weekend getaways. Book a flight to Texas, and experience some of the best things Texas has to offer and get a firsthand experience of why this state is special.

Explore Houston
Good things are meant to be shared!