Cleveland is a beautiful region in the state of Ohio bordering Lake Erie to the north. It is located 60 miles (100 kilometres) to the border between Pennsylvania and Ohio states. It has an average population of 400,000 inhabitants and covers an estimated area of 82 square miles (213 square kilometres). It is considered a manufacturing hub due to its strategic positioning between the river banks and the shore of Lake Erie. This region is also home to major attractions such as the Cleveland Clinic, the Rock and Roll Hall of Fame, Cleveland Museum of Natural History, and the Cleveland Orchestra. Visitors will also find great accommodation, including hotels near casinos and top Airbnbs. If you’ve clicked on this article, you might be wondering, “What is Cleveland known for?” Continue reading for a list of things Cleveland is famous for.

Playhouse Square is a theater district in downtown Cleveland. This district is the largest performing arts center outside New York City. In line with that, this district is filled with six theaters that each have their own design and feature their own set of shows that will entertain you for hours on end.

If you enjoy live musicals, Broadway shows, and other magical performances, come here for a fun night! Check out their website to see which shows are currently playing. The square’s education department also offers classes, workshops, and summer camps for the performing arts.

If you’re a DC fan visiting Cleveland, then you must go to the very home where DC’s most iconic hero, Superman, was born. It was in this very home in 1932 that Jerry Siegel, Superman’s creator, first drafted the story of one of the most iconic superheroes in American comic book history.

The house remains occupied, even after Siegel’s death in 1996, but that doesn’t mean you can’t stop by and take a peek at the very home that started Superman’s legacy. Of course, make sure that you don’t disturb the residents! The Cleveland Orchestra was founded in 1913, over 100 years ago, and has a long-standing reputation as one of the best orchestras in the United States. Its home stage, Severance Hall, is located in Cleveland’s University Circle. Its current music director is Austrian conductor Franz Welser-Möst, but this orchestra has also been led by other illustrious names in the music world such as Nikolai Sokoloff and Artur Rodziński. If you’re a fan of classical music, be sure to check the concert schedule on their website in case you’re able to catch a performance during your trip to Cleveland.

Steps from Everything in the Heart of Tremont! Cleveland Clinic is a non-profit organization based in Cleveland, Ohio and formed in 1921 as a way to bring health care services to the community of Cleveland, Ohio. The clinic is regarded as a leading hospital in providing great healthcare services to patients and also in sponsoring programs to educate the masses for good health habits. The clinic also acts as a research centre for biomedical research and offers full tuition and research for students. A number of successful surgeries such as knee replacement surgery, aortic valve surgery, and heart bypass surgery have been done to a number of patients. A Polish Boy is popular street food in Cleveland, Ohio. The food is made by placing meat sausage in between buns and then covering it with French fries, a little bit of cabbage salad, and some hot sauce. This delicacy is prepared through grilling and thereafter it’s deep fried to bring forth the crunchy taste and flavour. The food is popular among locals and visitors looking for an alternative option rather than the one they are used to. Enjoy this street food at one of the eateries in the area and be sure that you will be satisfied. City chicken is a food item which derived its name from a time of depression when the prices of chicken went up. This pork or veal dish was named ‘chicken’ because during the period of 'Great Depression’ chicken was considered preferable and was highly priced. As long as veal prices remained constant, the city chicken remained popular amongst the people. But in this era where veal is priced higher than chicken, veal is no longer considered an economical substitute. Over the years this dish has dropped in popularity and only a few restaurants in Cleveland prepare it.

7. Murals at Hingetown and Gordon Square

Hingetown is a beautiful region in the city of Ohio with great scenic murals. The creation of murals in this neighbourhood was as a result of the Creative Fusion of 2016 and was sponsored by the Cleveland Foundation. This project led to the creation of several murals by artists from the region and also from across the globe. The Creation Fusion project of 2016 led to the creation of eight new murals in Gordon Square. Gordon Square is a place known for its art galleries, boutiques, and tasty cuisines. This region is surely an ideal spot for tour vacation. Cleveland Cultural Gardens is a region in Cleveland, Ohio, commemorating the various ethnic groups which positively contributed to the development of the United States. The Cleveland Cultural Gardens is divided into 31 district gardens representing the immigrants who contributed to the present United States heritage. This region is situated on a tranquil environment close to Lake Erie and Wade Park Avenue along East Boulevard and Martin Luther King Jr. Drive. Visit this place with family or friends and learn of the rich history of the United States immigrants and the cultural effects to the present architectural advancements, the different cuisines, and intermarriages between the groups.

Located on the shore of Lake Erie, Rock and Roll Hall of Fame is one of the things Cleveland is known for. It’s considered a monument and an archive of well-known engineers, music bands, producers, and performing artists from all around the globe. Visitors from all around the world flock in this region to learn about the history of Rock and Roll and also to listen to the best songs or albums produced by their favourite artist. The museum was entrenched in the early 1980s and has since been a source of pride to the Rock and Roll community and also a beautiful place to spend time with family or friends. If you’re a big-time music fan, this is one of the best things to do in Cleveland.

Rock and Roll Hall of Fame Admission, in Cleveland Rising approximately 771 feet (235 meters) above the ground, the Terminal Tower was once considered the tallest building in the state of Ohio. The building was constructed in the early 1920s, initially planned as an office building and was later changed to cater for various activities. The tower offers an annual stair conquer charity race to raise money for various projects in the community. This Cleveland attraction has also been featured in many blockbuster movies such as The Avengers, The Oh in Ohio, The Christmas story, and The Deer Hunter. Drew Carey was initially an employee of the marine corps and later became a television personality who made a name for himself in stand up comedy. Apart from standing up comedy, Drew Carey is also a game show host, a photographer, an actor, and a sports executive. Over the years Drew has performed in several shows such as’ Whose Line Is It Anyway’, ‘Power of 10’, and 'The Price Is Right’ which aired on different cable television networks. Carey has also appeared in video games, restaurant advertisements, and a travel channel. Little Italy is an area in Cleveland, Ohio, with some of the best places to eat, including Italian restaurants, bakeries, and cafes. There are also galleries and parks. This neighborhood has a cool temperature and nice weather for an evening stroll or an outing with family or friends. Visitors from nearby states flock here to have a taste of the various cuisines such as lasagna, risotto, Fiorentina steak, and many others! Tourists also come for religious reasons at Rosary Church.

Cleveland is known for many things. It’s a region with lots of amazing activities and attractions to indulge yourself in. This area is an ideal tourist destination for romantic couples, families, or friends. Book a stay at a contemporary Airbnb or a hotel with pool and add some of these attractions to your itinerary. 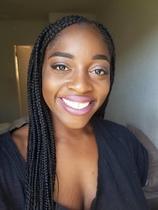 Nduku Mulwa is an experienced online freelancer who has traveled in different countries such as Canada, South Africa, Ghana, and Japan. She moves around in search of magnificent views, culture,...Read more
Want to contribute as a Local Expert?
Register Here
Hotels
Lowest Price Guarantee