Top 8 Things Allahabad Is Famous For

Allahabad, or Prayagraj as it is officially called, is one of the most popular pilgrimage centres in India and is also called the City of Prime Ministers, as most of India’s Prime Ministers have hailed from this city. Today, it is a metropolis and is growing more and more in both size and popularity. From the historical landmarks to the delicious cuisines available here, Allahabad is a wonderful city and a must-visit destination for any traveller. If you are planning a trip to this city anytime soon, consider staying in one of the best hotels and Airbnb vacation rentals so you’ll have plenty of time for activities. Read on to explore the top things Allahabad is famous for so you don’t miss out on anything while here.

1. The confluence of three rivers at Triveni Sangam According to Hindu culture, the confluence of the three holy rivers, Ganga, Yamuna, and Saraswati is a sacred place for Hindus, and it is said that taking a bath in this holy water can wash away all your sins and free you from the cycle of reincarnation as prescribed in Hindu texts. This place is a must-visit destination, as you can witness the three rivers merging before your eyes, identified by different colours. The Triveni Sangam is also the site of the Kumbh Mela, which is one of the biggest festivals held every 12 years. In addition, the ashes of some of the most important historic leaders of India were immersed here, including Gandhi. While there are other Triveni Sangams in India where other rivers meet, this is the biggest and most popular.

2. Being one of the oldest-known historical cities The city is considered one of the oldest known ones, mentioned in early Hindu mythological texts such as the Vedas. Known as Kosambi in the Vedic era, this beautiful city continued to flourish and grow throughout the Mauryan and Gupta Empires. The earliest known mention of this great city is as far back as 1200 BC and even Buddha commented on the Hindu ritual of bathing in the Triveni Sangam at this city. It was also mentioned in the Agni Puranas, as well as the Mahabharata, one of the most popular Hindu mythological texts. Known as Allahabad Surkha or red guavas, this variety of guavas is coral pink in colour on the inside instead of the usual off-white colour and very coveted by Indians as a result. This variety of guava is considered as one of the best, as it is very sweet and delicious. If you are interested in trying out a new variety of fruit, then you cannot miss the yummy Allahabadi red guavas.

4. Anand Bhavan and the history of the Nehru family Constructed by Motilal Nehru in the 1930s, this is a historic building that has been converted into a museum honouring the Nehru family including Jawaharlal Nehru, the first Prime Minister of free India. Today, it also has a planetarium called Jawahar Planetarium named after Jawaharlal Nehru himself, making it an amazing activity for children and adults alike to explore when the weather isn’t favourable. It features amazing sky shows and exhibits on astronomy, helping to inculcate interest in the sciences amongst the people since 1979.

5. Being the City of Prime Ministers

Allahabad is lovingly known as the City of Prime Ministers. This is because 7 out of the 15 Prime Ministers of India since Indian Independence have some connections to this regal city, including names like Jawaharlal Nehru, Indira Gandhi, Lal Bahadur Shastri, and more. Because of this, Allahabad has a special place in the hearts of Indian political leaders and Indians alike.

6. Check out the famous Zardozi embroidery local to Allahabad Zardozi embroidery is a beautiful style of embroidery that Allahabad specialises in. Popular across the Indian subcontinent as well as countries like Turkey, Iran, Azerbaijan, and Syria, this is a heavy embroidery done on silk or velvet fabric using gold or silver threads to create a very regal look. Often used in modern bridal wear or heavy sarees, this type of embroidery has taken the world by storm. Historically, wall hangings or royal tents would be adorned with this beautiful embroidery, as well as the adornments of royal animals like steeds or elephants. The word Zardozi comes from the beautiful Persian language, “Zari” meaning gold and “dozi” meaning sewing. So if you find yourself in Allahabad, you can go shopping for some gorgeous and regal Zardozi lehengas or sarees for your friends and family! The Prayag Kumbh Mela is possibly the biggest festival in the world, going by the number of people who attend it. It is a celebration of community along with a collective holy dip at the confluence of the three holy rivers, and there is a wide variety of activities for one to engage in. There are multiple fairs and festivals within it, educational events, feeding of the poor and needy and plenty of entertainment to be had. All in all, it is one of the biggest community festivals you might ever see in your lifetime, making it a must-visit destination.

This famous cable-stayed bridge is India’s own Golden Gate bridge, and was built in 2004. It runs across the entire span of the huge Yamuna river, and connect Allahabad to Naini. The main feature of this bridge is that it seamlessly balances modern technology with its adherence to the fragile environment of the Yamuna River. Visit this bridge during sunset or sunrise hours, and it looks truly magnificent in the distance and makes for some Instaworthy snapshots. You can also rent a car and go for a long drive along this route, and enjoy the scenic beauty of the lovely river. This bridge is also called Naini Bridge by some locals, and was constructed by Hyundai.

Enjoy the ever-popular charm of Allahabad

From the ancient Vedas, Allahabad or Prayagraj has been a well-known city in the old Hindu scriptures. Today, it is one of the fastest-growing cities in the country and boasts of rich history and culture as well as amazing food. It also features plenty of places to visit and fun things to do. Travelling to this lovely city is sure to be an adventure for even the most seasoned tourists. 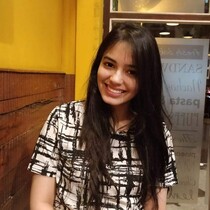 Being a military kid, Shamika has lived and travelled all over India, and her nomadic childhood has fueled an immense hunger and fascination for new cultures and languages (she's a polyglot!)...Read more
Want to contribute as a Local Expert?
Register Here
Hotels
Lowest Price Guarantee

Explore Allahabad
Good things are meant to be shared!