Top 7 Things To Do In San Agustín, Colombia

San Agustín is the perfect destination for history lovers. Located in the Andes Mountains in western Colombia, San Agustín is known for its archaeological treasures. Pre-Colombian artifacts and remains can literally be found spread across the region. If you enjoy exploring ancient ruins and historical places, then you need to check out these seven sites in San Agustín. First on your list should be the San Agustín Archaeological Park. Here, you will find statues and sculptures of ancient gods and animals. These antique works of art date back to the first century.

You will be awed by the early creations of this primal culture. San Agustín Park is made up of four distinct sites. Each contains burial mounds, stone statues, tombs, and architecture.

The tombs are monuments to the higher ranking chiefs and members of the early villages. Inside are massive corridors, sarcophagi and ancient statues depicting their gods and connecting their beliefs with the afterlife. Each of the four main sites is well marked with boundaries but they connect through terraces and pathways. La Chaquira is about 2 miles (3 kilometers) from the town of San Agustín. La Chaquira is a large woman carved in stone. She faces the east with her arms upraised.

Before you get to this magical stone, you will pass old cottages and a small shop where you can buy water and snacks to take on your exploration. Besides the La Chaquira, you will find many stone carvings of animal figures and human faces. What makes this site unique is that these stone monuments are not used as burial markings. Obando is a small village located north of San Agustín. You can choose to walk there if you like. It’s about a five-hour trip. But there are daily buses that depart from San Agustín and they will take you to see the Obando Archaeological Park. This park is not as large as others in the area.

Located in the park are about 15 burial mounds and a small museum. The museum contains remnants of old pottery and tools that were found in the area. The interesting thing about Obando Archaeological Park is that it is the only site that allows you to go inside the burial mounds and explore.

La Pelota is within walking distance of San Agustin, or you can choose to visit the site on horseback. This site is smaller than most of the others in the area. What makes it unique and worth the trip is it is the only site where you can see ancient painted stones.

Not much is known about the people who created them, but they are beautiful to look at. On the site is a caretaker and he will gladly tell you what he knows, which is a lot. Just the amount of historical information he possesses and his theories on what happened to this society is worth the trek it takes to reach La Pelota. El Purutal is located about a 200-meter (660-foot) walk from La Pelota. The path is covered in grass and not accessible by car. Here, you will find the shrine of an ancient burial mound.

The shrine is formed from two dolmen temples guarded by stone statues. The statues represent the main rulers of the society who lived there once upon a time. Also, one of the statues has a painted mask that is believed to represent King Gallinazo. You will find El Tablon on the way to La Chaquira. Access to the small site is difficult to achieve by car, but it is within walking distance of San Agustín. Located at El Tablon are five statues that were found in the main archaeological park and relocated to this location. There is also a small ethno-museum with relics and artifacts contained within.

The local caretaker will gladly show you around and tell you the known history of the relics. One of the most notable statues depicts the ornament worn by the early civilization. You will notice the details of a nose ring, headdress, and necklace. Estrecho del Magdalena, or Strait of Magdalena, is located outside of San Agustín. Take a moment to appreciate the wonder of Mother Nature while you explore this area of the river. Much of the landscape was formed by the river as it was narrowed down to flow through the rock formations. Here, the water is a clear, cool green and you can easily see the bottom of the river bed. The trip from San Agustin takes about 30 minutes by car and you can rent camping equipment in town if you would like to stay overnight in this scenic location.

Land of myth and magic

Take a journey back in time when you visit San Agustín, Colombia. All of these archaeological sites are surrounded with an air of peace, magic, and mystery. You will get a small glimpse into the lives of an ancient civilization and their connection to their deities. It is easy to be awed by the many stone statues and the wonder of how they were created. A vacation here will touch you in ways that no other place can. 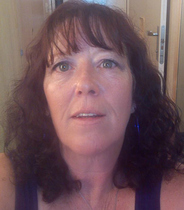 Explore San Agustin
Good things are meant to be shared!