A must-see when touring Tokyo! Easy and attractive visit to the Imperial Palace

There are so many things to see in Tokyo that you will wonder where to go, but how about visiting the inner grounds of the Imperial Palace? Ordinarily, only the large plaza in front of the palace and Nijubashi bridges are open to the public, but I will now introduce a way to visit the inner grounds too. You probably think there is no easy way, but in fact such a visit can be quite smooth with a reservation in advance. The tour follows a predetermined course, so it is a great opportunity to see some of the interesting sightseeing spots at the inner grounds of the Imperial Palace. In order to join a tour inside the Imperial Palace grounds, you need to apply in advance. The tours are offered during the weekdays, one in the morning and one in the afternoon. There are no tours on weekends. You can book the day you desire to join the tour on the Internet 4 days in advance. (Check the link to the Imperial Household Agency below for more information)

On the day of the tour complete the entrance procedures at Kikyomon gate, watch a video guidance explaining the rules and follow the group led by a tour guide. The course is about 2 kilometers and takes 75 minutes to complete. No buildings are entered.

The best point of this tour is that you will see not only the Imperial Palace and the headquarters of the Imperial Household Agency, but also plenty of remains from the former Edo Castle. One such place is Fujimi turret (on the photo), built in 1659, and it will be among the first things to see during the tour. The magnificent turret built over the stone wall looks impressive against the background of modern skyscrapers – only here you can enjoy this spectacular view. The main building of the Imperial Household Agency was built before the war and has a solemn presence. After the war, while the destroyed Imperial Palace was being rebuilt, the emperor lived on the third floor of this building between 1952 and 1969. When the present emperor got married the residence was still here, so you might find old newspaper photos of the newly married royal couple in front of this building’s entrance.

The Imperial Household Agency deals with state affairs of the royal family and usually sounds reverently distant, but here you can see it in front of your eyes.

Here is the Imperial Palace! The long Chowaden Hall and the East Gardens The main sightseeing spot of the tour is the Imperial Palace, where ceremonies are held and where the royal family appears to the public. The palace consists of several buildings, but this tour will lead you to the square plaza of the East Gardens and the Chowaden Hall.

Chowaden Hall is where the royal family appears and is filmed by TV cameras during open days for the public. It is 163-meter long splendid building that catches your eye. From here you can see the neighbouring buildings and the well-managed garden between the walls, making this place unique with its majestic atmosphere. The glass-covered space on the central balcony of Chowaden where the royal family appears on New Year and on the Emperor’s birthday is actually not a permanent construction. Seeing it on TV, you would think it is part of the building, but the guide explains that it’s not permanent.

This glass-covered space on the balcony can only be seen during December and January, by the ordinary visitors on the two mentioned days and by visitors of the guided tours.

You cannot see this at any other time! Fushimi turret seen from Nijubashi bridge The typical touristic photo of the Imperial Palace shows the view of Fushimi turret seen from Nijubashi bridge near the main gate. Of course, tourists cannot cross Nijubashi to go to the inner grounds, but the guided tour includes the bridge. It’s impressive by itself, but the view from here is even more impressive. At one end is the square plaza in front of the Imperial Palace with all the modern skyscrapers rising in the background, while at the other end of the bridge is Fushimi turret, one of the Edo Castle remains.

The most impressive sight can be seen only from here – the deep canal and Fushimi turret standing over the stone wall. This turret originally belonged to Kyoto’s Fushimi Castle and was reconstructed here by the third Edo period shogun Tokugawa Iemitsu. Its appearance is really beautiful and the trees and grass surrounding the turret makes you feel as if you’ve been transported back to Edo period.

There are many other things to see at the Imperial Palace

I introduced several sightseeing spots along the guided tour in the inner grounds of the Imperial Palace, but there are many other interesting places to see, such as the main building of the former Privy Council, which became the model for construction of the Parliament in Taisho period, the stone walls on which Edo period’s feudal lords engraved their marks, or Fujimitamon turret.

There are more interesting sightseeing spots in the nearby Imperial Palace East Gardens, such as the remains of Edo Castle’s tower and guard house, Sannomaru Shozokukan gallery and museum that exhibits art and craft items endowed by the royal family to the state, and other places. The Imperial Palace East Gardens are open to the public and can be visited without a reservation, although they are closed on some days.

Another way to enter the inner grounds of the Imperial Palace is, as I briefly mentioned, during the public open days for New Year and the Emperor’s birthday. Check the website of the Imperial Household Agency for more details.

Be sure to visit the Imperial Palace when you go to Tokyo. It will undoubtedly make for an impressive sightseeing tour. 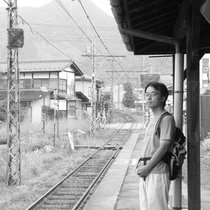 Explore tokyo
Good things are meant to be shared!