Lovely Beach Town: Top 8 Things To Do In Cascais, Portugal

Who would’ve thought that a simple fishing village would turn into a premier destination? That’s exactly what happened to Cascais, which can be reached by train from the Cais do Sodre Station in Lisbon. It even became the residence of the royal family during the early 20th-century, proving its undeniable beauty. Now, the town continues to amaze with its beaches, cliffs, well-preserved historical buildings, and many other attractions. Let this list make your trip a memorable one. Here are the top 8 best things to do in Cascais. It may have a scary name, but it guarantees to enthrall anyone who loves nature. Boca do Inferno, which means Mouth of Hell in English, is a cliff formation where you can see the waves of the Atlantic Ocean splashing through the natural arch. On your visit, you can head to the cliff face to take photos or just admire its uniqueness. Boca do Inferno is located 1.5 kilometers (0.93 miles) west of Cascais, and can be reached on foot or by bike.

A Cascais trip won’t be complete without a visit to four of its best beaches, namely Praia da Ribeira, Praia da Rainha, Praia do Tamariz, and Praia do Guincho. Praia da Ribeira is located in the center of Cascais, and it can be reached on foot from the train station. With its calm waters, it’s certainly the best spot for kids. Go for a swim or just relax on the soft golden sand. Praia da Rainha may be the smallest beach in the area, but it’s considered as the most picturesque. It’s so beautiful that it was frequently visited by Queen Amelia, the last queen of Portugal. Apart from the gold sand and serene waters, the beach is also famous for its surrounding cliffs. Praia da Rainha is located just behind the Rua Frederico Arouca, the main street of Cascais.

In the center of Estoril is Praia do Tamariz, which is the largest beach in town. It’s popular with families not only because of its non-tidal waves and soft sand, but also for the medieval castle on the eastern part. You can reach the beach by a 15-minute walk on the coastal footpath of Cascais. Praia do Guincho, which is located in Serra da Sintra National Park, is known as a surfer’s paradise. Unlike the other beaches in this entry, Paraia do Guincho is where you will see the strongest waves. So, if you want an exhilarating surfing adventure, then this is the place to be. There are shops offering boards for rent at around 11 to 27 USD. After conquering the waves, you can unwind and enjoy a delicious meal at one of the restaurants overlooking the sea.

In the center of the town is where history comes to life. Go for a stroll on the cobblestone streets of Cascais Old Town and be mesmerized by the gardens and the well-preserved buildings dating back to the 19th-century. If you’re in the mood for some souvenir shopping, you can visit the stores selling trinkets, clothes, fine wine, and many other items. The Old Town is also home to many restaurants, all of which serve the best traditional dishes. Before the day ends, have a seat at the waterfront and enjoy the majestic view of the sunset.

the woodshed by the ocean.

This museum was built in 1992 in honor of King D. Carlos I, who was one of the first to introduce oceanography to Portugal. Visit Museu do Mar Rei D. Carlos to learn more about the country’s maritime history and culture. You will see maps, traditional fishermen clothes and equipment, replicas of old boats, remnants of shipwrecks, and treasures recovered from previous voyages. There’s also a section displaying different types of marine fossils and mollusks. Museu do Mar Rei D. Carlos is on the high rounds of the town center, and you can reach it by bus from the train station. Standing on a former fort in Rua do Farol is the 8-meter-tall (26 foot) Santa Marta Lighthouse. See the blue and white tower up-close and then visit the museum to learn more about the rich history of the site. The museum will also give you a deeper understanding of the different lighthouses of Portugal and the optical devices used in each structure through multimedia presentations. When you reach the terrace, prepare to be mesmerized by the view of the cliffs. Next to the Santa Marta Lighthouse and Museum is the former residence of millionaires, art lovers, and royal families. Santa Maria House was built in 1902 by an Irish aristocrat with the help of respected architect Raul Lino. Now, both locals and tourists frequently visit the property to marvel at its well-preserved Moorish features. The Arabic influence can be seen on its horseshoe-shaped arches. You will also love the 17th-century tiles with intricate paintings of religious icons. Indeed, Santa Maria House is a true architectural wonder. This museum in Avenida da Republica houses the masterpieces of Paula Rego, a Portuguese born artist whose works are based on famous stories. Casa das Historias Paula Rego was designed by renowned architect Eduardo Souto de Moura, and it represents the perfect mixture of historical and contemporary designs. You will surely be amazed by the structure’s terracotta color and the pyramid-shaped towers inspired by the National Palace of Sintra.

The interior is also unique because unlike the usual museums, this one consists of maze-like areas. It’s like you’re walking through a dream land. Expect to be even more fascinated when you see the colorful paintings of Rego up-close. You will see some of the works of Rego’s late husband as well. On the westernmost point of Europe is Cabo da Roca, which is about 144 meters (472 feet) above sea level. According to historical records, it used to be the location of a fort that guarded Lisbon’s harbor during the Peninsula War. Fast forward to the present, the cape contains a monument stating that the area is the end of the European mainland with words from Portuguese poet Luis Vaz de Camoes.

After seeing the monument up-close, let the views of the Serra de Sintra and the Atlantic Ocean captivate you. The 22-meter-high (72 foot) lighthouse guarantees to provide lots of photo opportunities as well. Apart from the sights, you will also enjoy the quiet atmosphere. The waves of the ocean are the only sounds you will hear. Cabo da Roca is just 15 kilometers (9 miles) north of Cascais, and you can go there by taxi or bus.

Your dream vacation will come true in Cascais

May to mid-September is the ideal season to visit because it’s when you can experience the mildest climate. You can visit during the height of the summer, which is from June to August, but be prepared for very hot days. No need to worry though, the heat will be replaced by the cool midnight winds. From the fascinating sites to the lovely vibes, Cascais has everything you need for an epic vacation. Go on an adventure in this beach town now. 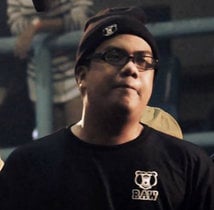