10 Best Things To Do In Sarajevo, Bosnia and Herzegovina

The beautiful city of Sarajevo is also known as the famous capital of Bosnia and Herzegovina. It was not long ago that this city was managing some difficult times because of the war between 1992 to 1996. Although everything was basically reconstructed, you can still see some bullet holes in some buildings. But apart from this, it is still a multicultural and multi-religious attraction and also an amazing city for you to visit, with a lot to offer, from history and culture to some adventure too. So if you want to know more about the city’s secret gems, scroll down and keep reading for the best things to do in Sarajevo, Bosnia and Herzegovina.

1. Go on an educational tour and learn about the Siege of Sarajevo (from USD 30.0)

If you are the type of person who likes to know about war history, then you should check this one out. As you might know it has been 28 years since the siege of Sarajevo began. So think of this like an educational tour. Your guide will explore with you and talk about the war times and the history surrounding this city. Expect to be fascinated by facts, stories, and places along the way. There is a lot to see and to visit in this one.

2. Delve into history at Museum Of Crimes Against Humanity And Genocide 1992-1995

As the name suggests, this is what you will find during your visit. No better way for you to know what really happened during the war than some videos combined with photographs, objects, and personal testimonies, that illustrate the horror and brutality of the war times in the country. Bear in mind that it is not advised to take children into this attraction.

Museum Of Crimes Against Humanity And Genocide 1992-1995 Entrance Ticket

Located in the heart of the city, Baščaršija Square is known for being the old part of Sarajevo, and during the Ottoman period, it was considered the main trading area as well as the historic and cultural center of the city. Baščaršija is twice smaller than it used to be, because of a fire in the 19th century. It was about to be destroyed by the Communist authorities in the 1940s, but fortunately, they changed their minds! Nearby, you will also find several important historical objects such as Gazi Husref-bey’s mosque and Tower Clock.

This gallery offers you some insight, through a wide range of multimedia content, into all the events that took place in this small town in Eastern Bosnia during July 1995. Expect to see some documentary scenes of what was left of Srebrenica in the wake of this genocide. This is a way of reminding people, especially tourists, that this happened and not long ago, at that. It is a good way to reflect on life and humanity.

Source: Photo by user being notified used under CC BY 3.0

This is Sarajevo’s most beautiful Austro-Hungarian era building. On August 1992, the City Hall and also the National and University Library of Bosnia and Herzegovina were hit by heavy artillery. Because everything was destroyed by the fire, all of the library holdings couldn’t be recovered. It was later reconstructed between 1996 and 2014 and now houses the national and university libraries, the city council, and a museum.

6. Stop by Sebilj Fountain in the old town

Although this is the only fountain left in Sarajevo, it is also known for being a major symbol of the city. This was indeed a custom that was brought to Bosnia and Herzegovina by the Ottomans. This ornamental drinking fountain used to be managed by some workers that dispensed free water to some people that had no food nor something to drink. Today, it is an attraction, for tourists mainly, that you will come across during your walk.

7. Marvel at the amazing views at Žuta Tabija

Žuta Tabija is also known as the yellow fortress. Although it might not be much to look at, you can expect some splendid views from up there throughout the city of Sarajevo. As you walk up from the old town you will also pass by the cemetery which holds those who have fallen in the Bosnian civil war. Then when you finally reach the open-air cafe, you can enjoy some traditional coffee and watch a beautiful sunset or sunrise.

Built in classical Ottoman style, it was the first mosque in Sarajevo, in 1457. Unfortunately, the mosque was mostly damaged during the civil war during the 1990s and its renovation work is still pending. You can also see the burial ground beside the Emperor’s Mosque which contains the graves of some employees and other dignitaries of Sarajevo. Some believe that it also contains the grave of Isa Bey Ishaković who built this mosque. If you wish to visit this site, make sure you read the rules before you go because it’s very important to respect other cultures and customs.

Kovači Memorial Cemetery is where all the fallen soldiers were buried while trying to protect their country in the 1990s. The large majority of the people buried here were killed during the Siege of Sarajevo. While you are there, make sure you also visit the small war museum next to the memorial cemetery.

10. Chill out at Caffe Tito

After a long day learning about the war history in Sarajevo, now it is time to relax and chill out at Caffe Tito. This is a place that you will have to visit because it has a great ambiance and a cool young vibe. Also, enjoy the pictures, antiques, and relics from the past that they have. Music lovers can often enjoy unplugged concerts and the outdoor space on those hot summer days. Funny fact: it has old army vehicles and weapons outside.

Plan your trip to Sarajevo

Destroyed during a civil war and then rebuilt again, this is a city that has already suffered enough in the 1990’s. This is a place with a lot of history that will definitely take you back in time and make you appreciate what they have to offer upon your visit.

Things to do things to do tours and activities Bosnia and Herzegovina > Sarajevo
Still Need Travel Insurance? 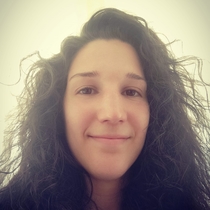 My name is Ana and i'm from Portugal. I graduated in Food Engineering, but travel was always my number one passion, so now i'm doing a master's degree in Hotel Management. Basically i travel when...Read more
Have a question? Ask fellow travellers and travel experts here.
Want to contribute as a Local Expert?
Register Here
Hotels
Lowest Price Guarantee

Explore Sarajevo
Good things are meant to be shared!