Top Things To Do In New York City At Night

One of my favorite things about New York is that the subway never stops running. If you’re out on the town late at night, you don’t need to worry, because the city’s cheap, reliable, and extensive transit network functions 24 hours a day. (The trains do come in less frequent intervals at night, though, so grab yourself a hot dog and be patient!) Whether you’re catching a concert on one of the city’s many waterfronts, laughing your face off at the Comedy Cellar, dancing in your seat at a Broadway show, or reveling at one of the city’s great watering holes, New York by night has something for everyone.

1. Spend a classy evening in Times Square with Broadway, cocktails, and a late-night stroll For a traditional New York experience, take in the magic of a Broadway show. On six nights out of seven (theaters typically “go dark” on Monday evenings), the stage lights come up in theaters large and small throughout the Times Square area’s colorful streets and avenues. Now, I know that musicals aren’t for everyone, but trust me when I say that even the most cynical soul can enjoy a Broadway musical (case in point: my boyfriend). That being said, there are always fantastic play options, as well, often with famous actors as leads. You can buy tickets ahead of time online or at the theater, swing by the TKTS stand in Times Square to see what discounts are available that day, or for travelers on a budget, scope out show lotteries or rush tickets. I’ve seen Jersey Boys for 25 USD more times than I can count!

After the show, unwind with a drink at a swanky Times Square cocktail den. You can’t go wrong at The Rum House, a Times Square fixture, but if you’re feeling something a bit more elevated, head up to the W’s 7th floor and enjoy the panoramas and libations at Living Room. End the night with a stroll in Times Square; it’s truly remarkable how bright it remains when the sky is dark.

2. Laugh out loud at live comedy If you walk through any bustling tourist area on a weekend night in New York City, you’re sure to get bombarded by invitations to comedy shows. The best comedy shows, however, are those you have to seek out. New York is bursting with comedy clubs, where many great comedians got their starts. The Upright Citizen’s Brigade, founded by Amy Poehler and some of her comedy peers, is a great bet (tickets start at 5 USD). If you’re further downtown, try to score tickets to a late-night show at Comedy Cellar, where comedians such as Chris Rock, Jon Stewart, and Louie C. K. have all performed (a seat in this intimate venue will only set you back 20 USD). There are a slew of other comedy clubs around town, including Gotham Comedy Club and Dangerfield’s, or you can always just say “yes!” to one of the street hawker’s invitations. Wherever you end up, just let yourself kick back, relax, and laugh til you cry. Every great band passes through New York City at least once; as an epicenter of arts and culture, it’s no surprise that New York has, throughout history, been a place of musical discovery, passion, and performance. The music scene in New York is not only vibrant, but it’s exceptionally diverse, with everything from smooth jazz to hard rock playing on any given night. If you’re craving something more alternative, check out concert listings at Lower East Side bars such as Pianos, the Bowery Ballroom, or Mercury Lounge, or Williamsburg hot-spots Baby’s All Right or the Music Hall of Williamsburg. If mainstream is more your thing, see if any artists you fancy are performing at Terminal 5, Radio City Music Hall, or Madison Square Garden. In the warmer months, try and book a ticket to one of the many waterfront concerts, whether in Williamsburg, Hudson River Park, or the South Street Seaport. There’s nothing quite like bopping around to awesome tunes on a warm summer night. Whatever the season, there’s no shortage of live music. In the past decade, Williamsburg has evolved into one of NYC’s most sceney locales. Experience trendy, young, vibrant Williamsburg to the fullest on a whirlwind night through some of its hippest hotspots. There’s no better way to kick things off than with a sunset cocktail on the roof of the Wythe Hotel, offering sweeping views of the East River and Manhattan. The music is loud, the crowd is cool, and the cocktails are fancy, so get into the Williamsburg spirit over a sunset libation and some simple hors d'oeuvres (get their pickle plate like a real Brooklyner). Next, tone things down a notch with local beers, delivery pizza, and a round of cards at the nearby Brooklyn Brewery. You can purchase beer tokens at the front for 5 USD, and use these towards a wide selection of the brewery’s best draughts. The Brewery lets you bring in your own food, so use this as an excuse to sample the borough’s finest delivery pizza; someone on staff will surely point you in the right direction. Later, dance your socks (and bowling shoes!) off at Brooklyn Bowl. Bowling there is also an option, but be prepared to drop some serious dollar for a game. The musical performances and DJs at the massive, festive space are enough to keep you entertained well into the night.

5. Indulge in the city’s late-night eats Just as there’s no shortage of activities when the NYC sun goes down, there is also no shortage of things to eat. A slice of pizza is a no-brainer if you’re out late (Artichoke Basille’s in the East Village is a city favorite), but NYC’s late-night spots can satisfy any craving. In Williamsburg, 24-hour Mexican diner Grand Morelos is always a great idea; opt for the obscenely cheesy nachos or the enormous, saucy burrito. Ukrainian hotspot Veselka, an East Village institution, is packed at all hours of the night, and serves up some of the best pierogies, borscht, and matzo ball soup in town. Late-night ramen is another popular NYC option, with restaurants such as Hide-chan in Midtown East and the West Village’s Takashi doling hot, comforting bowls of meaty broth into the morning’s early hours (be sure to plan ahead of these, as reservations may be required). Out late? Hungry? NYC has got you covered.

Pin it for later Culture around the clock

New York didn’t come to be called “The City That Never Sleeps” for nothing. It’s hard choosing the top things to do in NYC at night, considering how many incredible options there are. New York is the kind of city that makes it hard to have a Saturday night in, because you’ll always be missing out on 10 exciting activities. A New York night out is never boring. Don’t worry, though, you can unwind at brunch the next day. 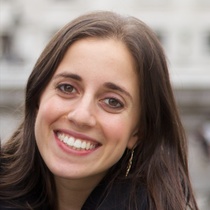 Noey has lived all over the world, from San Francisco to New York, Hanoi to Bangkok, and is currently pursuing an MBA in Nashville, Tennessee. Noey's ideal vacation consists of a bit of beach, a...Read more
Want to contribute as a Local Expert?
Register Here
Hotels
Lowest Price Guarantee