Those familiar with Japanese animated films will know Studio Ghibli like the back of their hand. The legend that is Hayao Miyazaki has created breathtakingly beautiful works for decades, and today, rising filmmakers such as Makoto Shinkai are critically acclaimed for the stunning imagery in their films. For casual movie-goers, it may come as a surprise that many of these films are actually reminiscent of real-life locations!

Take a trip around the world with 10 of these iconic scenes from popular animated films:

Source: Photo by user Kabacchi used under CC BY 2.0

Follow the adventures of ten-year-old Chihiro as she enters the spirit world by accident in Taiwan’s town of Jiufen. Although Hayao Miyazaki has denied rumors that the iconic spirit world was based on this town, the striking similarities make it worth a visit.

Run through the snaking forest trails just like San in Princess Mononoke, where the wispy winds whisper soft words in your ears. The ancient forests of Yakushima are said to have inspired the mythical plains depicted in the movie.

Explore the magical town of Market Chipping, where Howl the Wizard first meets the protagonist, Sophie. The colorful houses of Colmar in France helped Miyazaki forge his vision for the boisterous festivities portrayed in Howl’s Moving Castle.

4. From Up On Poppy Hill - Yamate, Yokohama

Directed by Gorō Miyazaki, From Up On Poppy Hill is a remake of a 1980 shojo manga of the same name. The humble greenery of Yamate neighborhood was played up in the film, where the organic beauty of Yokohama was portrayed as exciting and fresh in contrast to the sleepy village it was back in the 19th century.

5. When Marnie Was There - Kushiro Wetlands, Japan

Visit the marshes of Kushiro Wetlands, where the small seaside town of the film is located. Perhaps if you stand at the edge of the waters you will see the silhouette of the old mansion that the 12-year-old Anna was journeying to.

Set in Shinjuku, the fateful meeting between the 27-year-old literature teacher, Yukino, and the 15-year-old aspiring shoe-maker, Takao, took place in this pavilion, frequented by fans of the film shortly after its release. Often re-creating the beautiful scene in funny and witty ways, various posts by visitors have gone viral on social media platforms.

Taking the world by storm, the award-winning Kimi no Na wa tells a story of 2 vastly different high school students who swap bodies at random for a month. They finally meet each other in their own bodies on the steps of Suga Shrine in Shinjuku. The tear-jerking moment has made this location iconic for all the fans of the film.

Pop by the cafe on the second floor of the National Art Center in Tokyo for a glimpse at the first date between Taki and Okudera.

The sights of lonely trains passing each other by have long been a familiar sight in many of Makoto Shinkai’s films. Stop by Hida-Furukawa Train Station in Gifu prefecture for a wave of nostalgia.

The dawn of a new day brings about hope for Takaki, a middle-aged man who was going through a phase of depression due to his inability to forget his first love. Re-visit the heart-breaking scene in the heart of Yoyogi, where the NTT Tower stands tall against the setting sun.

Films bring us on trips around the world

For the rest of the world who are stuck in the monotony of a working life, people who aren’t financially capable of traveling, or those who prefer armchair travels, films like these manage to bring us closer to other parts of the world without taking a step out of our houses. Keep watching, and keep working; one day, you may be able to visit all the places that you dream of seeing in real life! 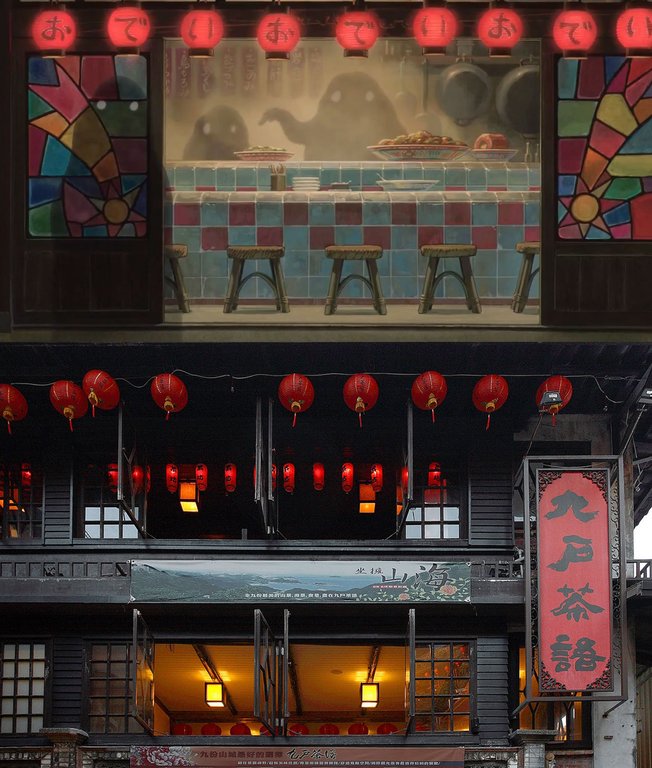 Crystal is a curious child, who loves exploring Singapore in her free time with a camera in hand. Her street photography subjects often include unaware strangers, uncommon architecture, and...Read more
Have a question? Ask fellow travellers and travel experts here.
Want to contribute as a Local Expert?
Register Here
Hotels
Lowest Price Guarantee