5 Best Things To Do In The Industrial City Of Taichung, Taiwan

In the 1900s, the Japanese invested a lot in Taichung, wanting to make it the first modern area in Taiwan. However, their plans fell apart after they handed over the area to the Chinese. Taichung then became the manufacturer of cheap export items such as toys, shoes, and electronics. If you’ve come upon a “Made in Taiwan” sign, then most likely, that item was made in Taichung. The third largest city after Taipei and Kaohsiung, Taichung is one of the driest areas in Taiwan, so prepare to hydrate yourself while walking around. Like most parts of Taiwan though, Taichung is trying to reinvent itself into more than just a manufacturing city. Through the years, they’ve added some cultural hubs like museums, night markets, and music festivals and it cannot be denied that so much of Taichung still prides itself on retaining its traditional facets. If it’s your first time in Taichung, here’s a mix of old and new places that you’ll want to visit while you’re there, categorized according to district: 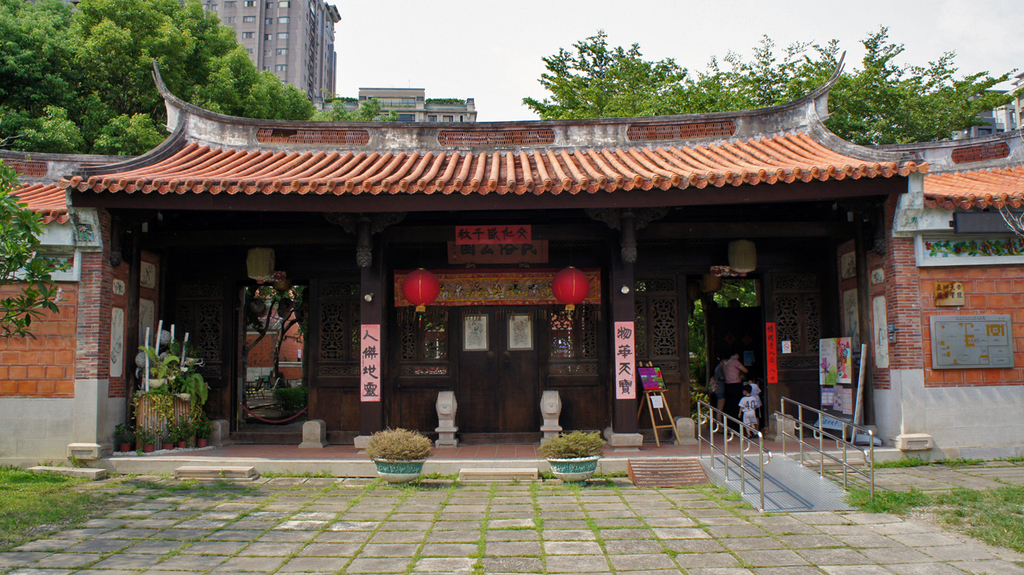 The Taichung Folk Park is a former residence of the Lin Family and is meant to depict the typical old Taiwanese’s way of life. There are farming implements and ceramic pillows, Chinese-style gardens and old pagodas. The whole house is well-preserved, and while the museum has no English translations to guide you, visiting the Folk Park is a must-do, just so you can see just how far Taichung has come from its olden days as a small village. 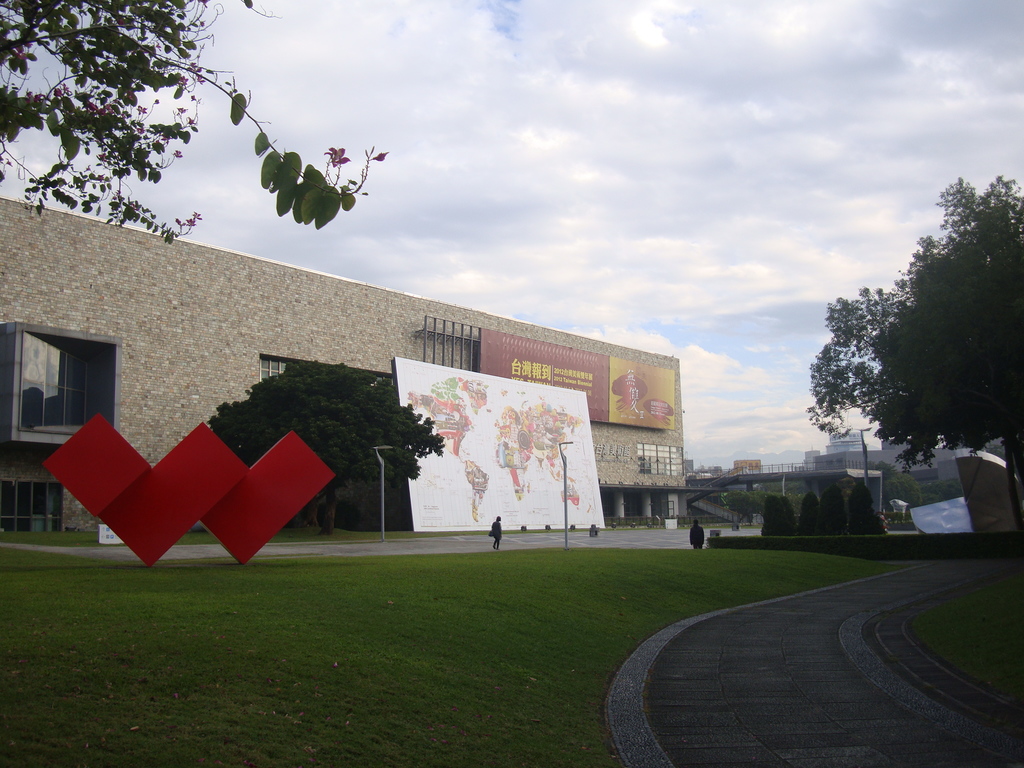 If there’s a building that’ll serve as testament to how resilient the Taiwanese people are, it’s the National Fine Arts Museum at the West District. This building, which originally opened in 1988, was destroyed in the 1999 earthquake. It was only reopened after extensive renovations in 2004. The museum plays host to more than 20 exhibition halls, two shops, an art library, and a cafeteria. For restless kids, there are two areas that will satiate their creative spirits, one in the basement and the other in the family room. You can also let them roam around the different outdoor installations in the garden. After you soak in the art, there are also two tea houses to hang out in, the Rose House and Chun Shui Tang which has an outdoor patio, perfect for ruminating about the art pieces you saw.

Shop at Tiger City and Idee 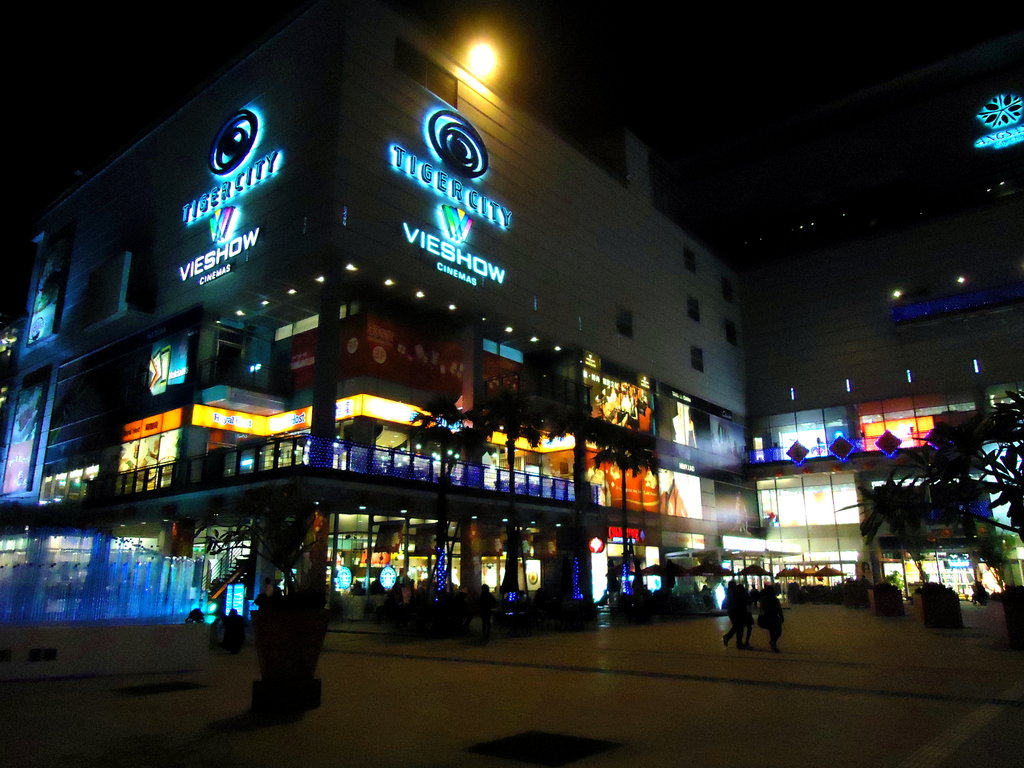 Sometimes you just need a break from all the walking and haggling needed in a typical night market in Taichung. If you’re looking for something a bit more western, cosmopolitan, and curated, you’ll find that Xitun has a lot of malls to offer, most within walking distance from each other. Tiger City and Idee are meant to cater to the young Taiwanese shoppers. Everything is well-lit, and it’s relatively easy to find what you’ve been looking for in Idee’s department store. If you’re looking for more high-end brands though, they also have a whole floor collection of Western influences such as Dolce & Gabbana, Lacoste, Prada, and Esprit. Tiger City has a modern architectural feel that’ll make you want to browse. In its facade is a three-floor glass tube that houses Cafe Blu and Le Blu Champagne Bar. It also houses the Warner Village Cinema Complex. 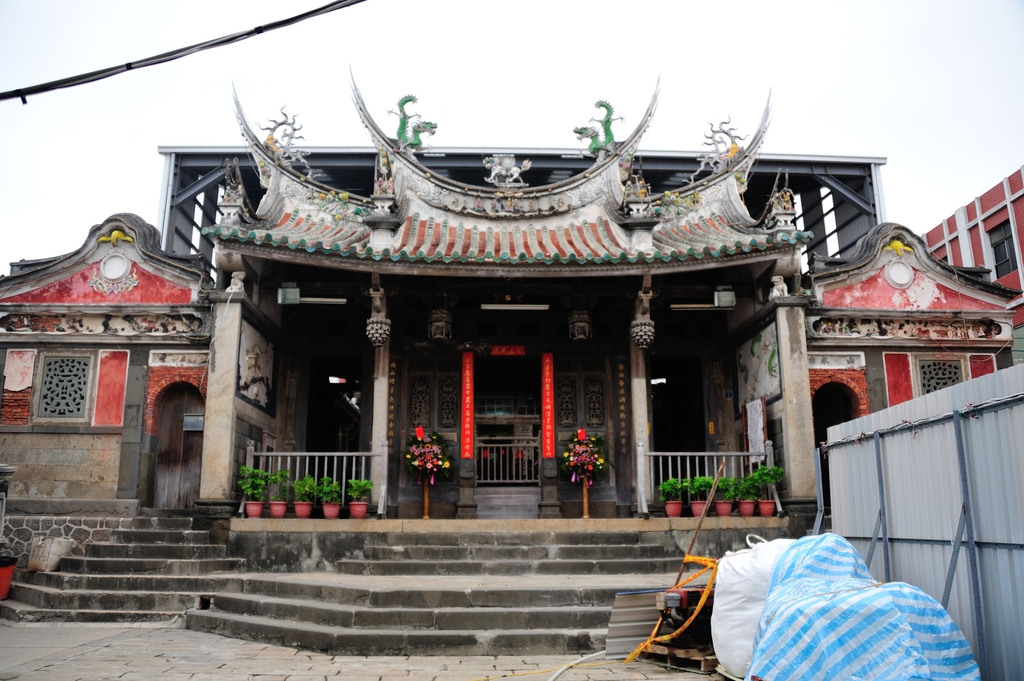 Nantun has nothing new to offer, you say? Well, that might be part of its charm. It might even be appropriate. Nantun is home to the god of Literature in Wenchang Temple. An offer is made and a report card is offered to the gods. Usually it’s students who do this, hoping for better grades, although you’ll also find the occasional aspiring writer or two, hoping to get inspiration from the gods. After a visit to the temple, you can head to Nantun Old Street where there are old shophouses still selling artisanal Taiwanese items. Like any other market in Taiwan, Nantun Old Street is home to the concept of small eats or small bites for only 2.00 USD or less a piece. This is perfect for when you want a quick bite before heading back to the train station.

Check out Yizhong Street, the Best Night Market in Taichung 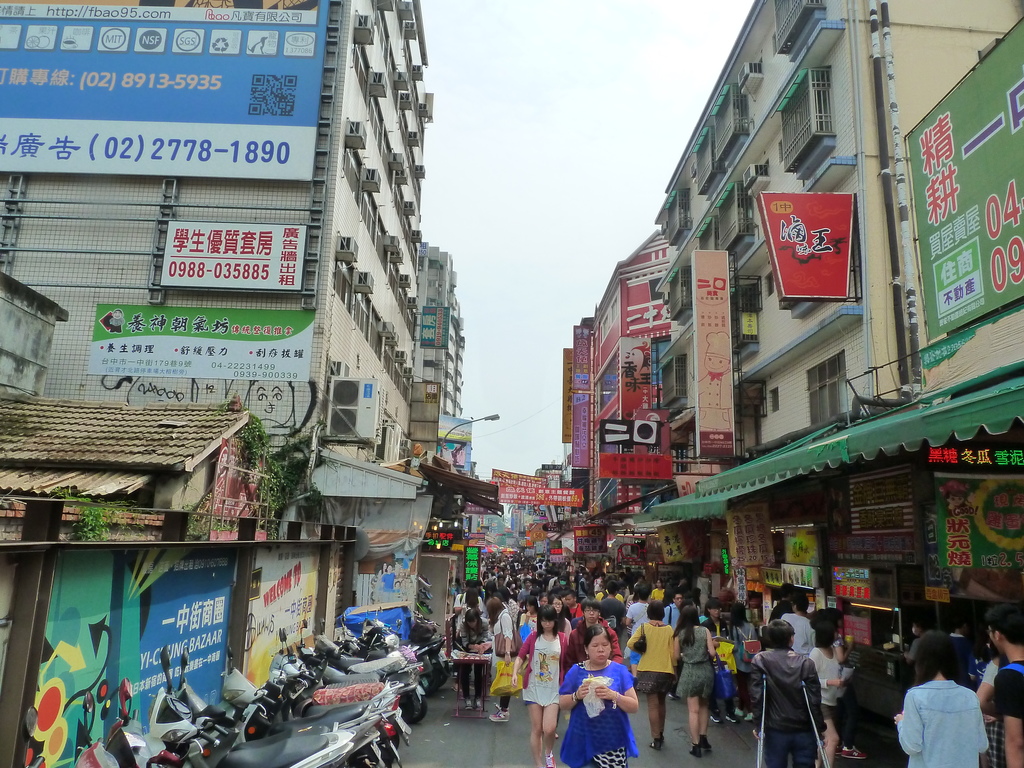 This is considered as the most popular shopping area in Taichung. There are several schools in the area which may have factored in to its popularity. It’s the students who may have also brought in the young Harajuku feel of this market, with selections that include hipster eyewear, skating street wear, and loads of accessories that range from the cute to the gaudy. There are fashionable passersby in weird outfits and over-the-top attire. There is also, of course, a wide selection of food items such as egg crepes, frog’s egg milk tea, and smelly tofu. What lies a little beyond Yizhong Street is also quite interesting. Venture past the crowd and you’ll arrive in another shopping spot called Yizhong New City, ideal for those who don’t like the messy mania at the night market.

Enjoy the old and the new

Good things come to those who look. The same is true for those who venture beyond Taichung’s industrial exterior. A good part of the city is changing to accommodate the zeitgeist of the younger generation. Cafes and food hubs are popping up by the minute. Old industrial sites now double as skateboard parks or art centers. Yet despite this growth, there are also other things that remain true to Taichung’s identity, things like the Folk House Museum or the tea houses, the temples and old streets. It is true that Taichung is changing as rapidly as the new generation will allow it, however it cannot be denied that this city in transition is also hanging on to what is near, dear, and close to its heart. The old and new Taichung mixes effortlessly everywhere in the city. In this sense, it is much like every other city in the world, looking back to its past, while continuing to move forward.

Explore Taichung
Good things are meant to be shared!