Los Angeles is the most populous city in California, USA, and the financial, cultural, and commercial center of the West Coast. Known for its ethnic diversity, Mediterranean climate, Hollywood and the entertainment industry, sprawling metropolis, museums, beaches, theme parks, food, and shopping areas, the “City of Angels” is certainly not a place that can be explored fully in a week or even a month. But we can start with the most popular spots. Check these places out for sure if you are in Los Angeles, for a short vacation, and maybe you can extend your stay too if you fall in love with the city. Don’t wait long - book the top party hotel or vacation apartment soon and start packing those bags. Scroll down to learn about the top attractions in Los Angeles, California.

Let’s face it, there’s nothing more iconic and “screams LA” than touring the best Los Angeles attraction: the Hollywood sign! This Airbnb Experience will guide you to a walking tour up to the top of the sign and take Instagram-worthy photos all around Griffith Park, with the famed sign as your backdrop.

Hiking is one of the most popular activities in LA, so make sure you have your comfy shoes on and a camera to document this once-in-a-lifetime experience, of course!

2. Photograph the Hollywood star of your favorite A-listers (from USD 10.0)

One of the best activities in Los Angeles, for the TV-, movie-, and theater-obsessed, is taking a stroll along the iconic Hollywood Walk of Fame. Find your favorite celebrity’s star and have a go at it with your camera.

This fun Los Angeles tour attraction guides you through a 2-mile (3.21-km) walk along Hollywood Boulevard, accompanied by a spoken performance detailing the history of the film industry and some of the Hollywood-related landmarks like the Dolby Theatre (Academy Awards) and the Roosevelt Hotel.

Los Angeles isn’t only about celebrities, glamour, and fame. If you want to go sightseeing in Los Angeles, there’s no better way to witness a different side of the city than joining this private tour of Griffith Observatory. This mountaintop tourist attraction in Griffith Park has the best views of the city you can ever imagine.

Mute out the bustling boulevards and neon signs for a moment and take on a different perspective of this iconic region in Southern California. For the science enthusiasts, there’s a wide range of space-related exhibits at the observatory too!

4. Deep-dive into arts and culture at The Getty For arts and culture lovers, one of LA’s best places to explore is the Getty Center. This world-class art museum is nestled on a hill and boasts expansive views of Los Angeles. The Getty is home to European art, specifically paintings, sculptures, and illuminated manuscripts. Notable portraits and photographs from the 19th century until the present day are also displayed at the museum. In 1990, the Getty acquired Vincent Van Gogh’s Irises painting, which remains in the museum to this day.

5. Get inspired at Los Angeles County Museum of Art More commonly known as LACMA, Los Angeles County Museum of Art is another paradise to art enthusiasts. Founded in 1961, the art museum has met a few extensions over the decades and is now the largest of its kind on the West Coast.

This world-class and top Los Angeles attraction is home to over 150,000 works, with collections on Islamic art, Greek and Etruscan art, contemporary art, American art, and so much more. Works of film and photography are also displayed at the site.

Located on the Hollywood Walk of Fame at 6925 Hollywood Boulevard, TCL Chinese Theatre is a movie palace very popular among visitors to Los Angeles. A forecourt with handprints, footprints, and signatures of the biggest stars of Hollywood, Spider-Man, Darth Vader, and others waiting to pose for a photo with you, its collection of famous props and costumes, and a large IMAX screen; there are lots of things to see and learn from your guide during a 30-minute VIP tour of TCL Chinese Theatre.

From sharks to delicate sea horses and moon jellies and wildlife habitats from every corner of the Pacific Ocean, the Aquarium of the Pacific is home to more than 11,000 creatures. Located in Long Beach, it is one of the largest aquariums in the United States and it gets a lot of visitors every day. But you can avoid the long queue by acquiring a ticket from Viator. Check out the Baja region, the waters of the Northern Pacific, and the reefs of the Tropical Pacific; a lot to be discovered.

Madame Tussauds Hollywood is well known everywhere. But in case you are scratching your head, it is a famous wax museum with over 125 incredibly life-like figures in various themed areas. Rub your shoulders with the stars on the red carpet, check out Zac Efron’s rock hard abs, see an A-list Hollywood party, go behind the scenes, or fill up your memory card with selfies alongside top athletes. Ready to get your admission ticket?

Located in Buena Park, Knott’s Berry Farm is a 57-acre (23-hectare) theme park that is a lot of fun. You can avoid the long lines with a pre-paid ticket and get into this fantastic place for adrenaline-pumping rides like Ghost Rider and Xcelerator. But if you upgrade your ticket, you will get a one-day admission to the Soak City water park too.

10. The VIP experience at Universal Studios Hollywood (from USD 369.0)

Universal Studios Hollywood certainly needs no introduction, being a film studio and theme park known around the world. Taking a VIP access pass is a good way to explore the place without having to wait in line and you will be accompanied by a professional guide as well. You will get special access to locations that are not accessible to the general public, unlimited access to all rides and attractions, reserved seats, gourmet lunch, and valet parking.

At the La Brea Tar Pits and Museum, you will be able to travel back in time, in your mind obviously, to an era when saber-toothed cats, giant sloths, and dire wolves roamed around southern California. Since the last Ice Age, natural asphalt has bubbled up in the place from below and trapped thousands of creatures, from bees to mammoths. Check out all the tar pits, well-preserved fossils, and ongoing works of paleontologists to get an idea about prehistoric L.A.

Covering 4.5 billion years of history, the Natural History Museum of Los Angeles County is a great place to spend the day, especially for families with children. The largest natural and historical museum in Western US, the Natural History Museum features a great collection of fossils, dinosaurs in its Dinosaur Hall and “Dinosaur Encounters” show, the Gems and Minerals Hall with glittering diamonds, sapphires, rubies, and gold, and fun interactive exhibits.

Located close to 1,000 feet (305m) above the city in the U.S. Bank Tower, OUE Skyspace Los Angeles is the best place to experience 360-degree views of L.A. streets. Book your timed entry ticket to get on two open-air observation terraces and explore its digital interactive level. You can also upgrade your ticket for going on the Skyslide, a 45-foot (13.7m) long, 4-foot (1.2m) wide glass slide, from the 70th to the 69th floor, attached to the exterior of the building.

At L.A.’s Petersen Automotive Museum, located on Wilshire Boulevard, you get to see more than 150 vehicles and 25 exhibits, including vintage cars, the Pontiac Aztek from the TV series “Breaking Bad”, Ford’s new 2016 GT supercar, and much more. And with Viator’s full-day access ticket, you get skip-the-line admission.

At the Battleship USS Iowa Museum at the Port of Los Angeles in San Pedro, you will be able to walk the decks of the USS Iowa (BB-61), which was the lead ship of the Iowa class of battleships. Originally commissioned in 1943, the ship was in service during World War II, the Korean War, and the Cold War, and it housed three U.S. Presidents. Book a ticket now for exploring a real battleship, interactive exhibits and films about life on it, the navigation bridge, Tomahawk missile decks, crew’s and captain’s cabins, and maritime history.

19 reviews
Oops, this activity is currently unavailable. Check out these alternative activities in the same location.

So there you have it; some of the best places you can head to during your vacation in Los Angeles. Of course, once you start to know the city better, you are probably going to explore more of it. You can visit popular spots such as the Getty Center, Griffith Observatory, Runyon Canyon Park, Staples Center, California Science Center, Santa Monica Bay, Citadel Outlets, and more. Ready to pack your bags? Happy vacation! 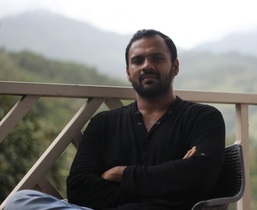 Leo is passionate about travelling, photography, and writing. If he's not doing any of those, he will be on the mat practicing freestyle wrestling or in his dojo doing Karate.
Want to contribute as a Local Expert?
Register Here
Hotels
Lowest Price Guarantee