8 Things To Do In Modesto, California

From shopping for local fresh produce, exploring nature parks, delving into the rich heritage of Modesto and engaging in a paintball war with your best buddies, read on to find out how you can plan the most exciting vacation in Modesto, ever!

The Modesto Certified Farmers Market is the one stop shop for the freshest produce, much of it grown locally. Not many folks know this, but Modesto was, in fact, one of the pioneers of the Farm-To-Table philosophy, in the United States. The market offers some of the freshest produce from the Central Valley area, and apart from organic vegetables, shoppers can expect to find other homemade goods here, such as artisan bread, homemade jams, cage-free eggs, fresh-cut flowers, fresh ground coffee and snacks, such as almonds, apricots and berries.

However, the market only runs Thursday and Saturdays, from 8 am-1 pm, so be careful to plan your itinerary carefully, to avoid disappointment.

Address: 16th Street between H Street and I Streets, alongside the Stanislaus County Library, in downtown Modesto.

2. Gallo Center for the Arts Since 2007, the center has been visited by all kinds of stars, from Bill Cosby and Tony Bennett to Dana Carvey and George Lopez. Touring Broadway shows have also performed at the center, from classics like “Evita” and “Cats” to newer Broadway shows, like “Shrek: The Musical”.

The Gallo Center for the Arts While you are in Modesto, don’t miss out on a photo opportunity of the iconic Modesto Arch. The Modesto Arch is a centennial slogan arch, built in 1912 to welcome automobile drivers to Modesto, California, and it currently stands at the intersection of 9th and I Streets. The arch bears the city’s motto, “Water, Wealth, Contentment, Health”.

The McHenry Mansion was built in 1883, by Robert and Matilda McHenry and it stands at the corner of 15th and I Streets, in Modesto, California. The McHenry Mansion was designed by Jeremiah Robinson, a Stockton contractor who constructed the Stanislaus County Courthouse, in 1872-1873. The mansion is the only remaining Victorian home in the city and it was restored in order to preserve its heritage.

Known to be the treasure of Modesto city, visitors can tour the mansion with the guidance of friendly docents, who are experts on the property and will provide information on all the history of the building. Drop by the gift store to take home a part of the mansion with you. Proceeds go towards maintaining the building for future visitors.

“American Graffiti” was the first big film by a now very famous Modesto-native director, George Lucas. And, the characters of “American Graffiti” were loosely drawn from people George grew up with, in Modesto. The places and scenes in the movie were inspired by George’s own experiences in his hometown. The “cruising” showcased in the film was originally referred to as “dragging” and took place on 10th Street. A back-and-forth run from O Street to G Street took place, every Thursday, Friday, and Saturday night. Burge’s Drive-In was the inspiration for Mel’s Drive-In, in the film. An icon of America’s majestic natural beauty, California’s Yosemite National Park receives millions of visitors each year—drawn to its dramatic waterfalls, giant sequoias, abundant wildlife, and awe-inspiring cliffs, like Half Dome and El Capitan. The park has something for everyone indeed, whether you want to hike, backpack, ski, or simply embark on a leisurely stroll and embrace the tranquility of nature.

Within the grand Yosemite National Park in California, USA, one waterfall has captivated countless visitors. The water at Horsetail Falls cascades from a height of approximately 500 feet (about 152 meters). What sets it apart from other waterfalls is a glowing orange streak that blazes through it. From afar, this bright strip resembles glowing lava. This ‘lava’ is actually a trick of the sunlight falling on the water, creating the illusion of a ‘fire-fall’. If you are a fan of the outdoors, this attraction is a must-visit. At Dry Creek Regional Park, visitors can amble along the beautifully restored dry creek garden, where its two-acre space (.8-hectares) is home to nearly 200 native and exotic plants. In addition to the restoration of the garden, pathways were rebuilt and footbridges were reconstructed over the creek. The garden is open to the public, Thursdays through Saturdays, from 10 am-4 pm.

Independent nature study is encouraged in the parkland, so don’t forget to pack binoculars, a magnifying glass, field guides, and a camera, so you can document your adventures and keep them as a memorable souvenir. If you are looking to have a laidback afternoon with the family, picnicking is allowed at the park and there are several picnicking areas, near the Garin Avenue Park entrance. These areas are able to accommodate families and large groups.

The adventurous traveler will love the fact that they can hike around the park, which is comprised of more than 20 miles (32.2 km) of trails and the 4,794 acres (1940.1 hectares) that spans the Garin and Dry Creek Pioneer Regional Park. The trails are suitable for bicycles as well, however, motorcycles and other motor vehicles are prohibited on the premises.

Head down to the Extreme Paintball Park, to experience the paintball war of your life! With realistic looking weapons and various battlegrounds, you definitely will not regret spending an afternoon there with your mates. If you are traveling with family, do note that players have to be above 10 years of age.

Extreme Paintball Park is open every Saturday and Sunday, from 9 am-4 pm, rain or shine. Weekend reservations can be made up to 24 hours in advance, based on space availability.

The magnificent city of Modesto The way the city of Modesto got its settler name was pretty interesting. The city was formerly a stop on the railroad which connects Sacramento to Los Angeles. When it was founded in 1870, it was to be named Ralston, after financier William C. Ralston. Ralston’s modesty prompted him to ask that another name be chosen, and the town was named Modesto, in recognition of his modesty.

The next time you visit California, don’t forget to stop by Modesto, the largest city of Stanislaus County. With so much to see and do, we are sure you won’t regret it! 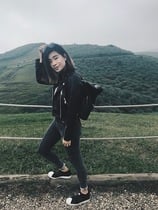 With a voracious appetite for travel and anything travel-related, Natalie is always hungry for a new adventure. Born and raised in sunny Singapore, she is fascinated by culture and few things...Read more
Want to contribute as a Local Expert?
Register Here
Hotels
Lowest Price Guarantee

Explore Modesto
Good things are meant to be shared!