Best Things To Do In Pollenca, Spain: 10 Historical Landmarks To Visit

Pollenca is a town and municipality situated in the northern part of the island of Majorca, near Cap de Formentor and Alcúdia. Here, most houses that are still standing were built in the 17th and 18th centuries, with many streets being very narrow and compact, a legacy from the medieval era. The central square, called Plaça Major, has numerous outdoor cafés and is dominated by a large 13th-century church Esglèsia de Nostra Senyora dels Àngels (Our Lady of the Angels) which was built by the Knights Templar.

Pollenca is accessible by road and air. Getting to Pollenca and Port de Pollenca from Palma airport is a relatively easy drive of about 47minutes with a hire car. Public transport may be a little longer. A taxi to Port de Pollenca for 1-4 persons will be on average 75-95 USD. Getting the bus to Port de Pollenca involves first getting to Palma city bus station (Intermodal Station – Plaza de Espana). Take the Route No.1 bus from Palma airport to Palma city which cost 4 USD. Buses go every 15 minutes on average but after 9.30 pm only every 30 minutes.

Alternatively, there is a train from Palma intermodal station but this only goes part way to Port de Pollenca and would add an extra transport mode to the journey. Train tickets can be purchased at the ticket offices or at the automatic ticket machines. Prices are 4 USD to Inca for an adult single ticket. The first train from Palma to Inca leaves at 5.45 am and the last train is at 9.35 pm. Trains to Inca run about every 15-20 minutes.

If you’re visiting Pollenca and want to visit landmarks and historical places, include these top 10 things to do for your sightseeing:

The Museum of Pollença, located in the former convent of Santo Domingo, was built between 1588 and 1616. The Dominican friars occupied it until 1836, when it was closed as a result of the seizure. Since then the convent was used as a barracks of the Civil Guard, store and library, to be allocated to the local museum. The church is a basilica with side chapels and choir in the feet. The roof is a barrel vault with five arches.

The museum that takes the name of the painter Dionis Bennàssar, is the house where the artist himself lived half of his life, and where he carried out his important activity as a painter. The building is a typical Mallorcan house, which has been restored with the aim of making it what it is today, and which houses much of the artistic legacy of Dionis Bennàssar, as well as many of his personal objects, furniture, etc. In addition to the architectural restoration, an extension was carried out of which there are currently three annexed exhibition halls.

Lias La Tafona is a historic site with a shopping gallery where you can explore the architectural buildings, shop, and alfresco dine.

Yesterday's climb up the Puig de Maria in Pollenca.

Climb up the stairs to reach the amazing monastery, where it also houses a cafe with good sandwiches. A unique location to have some lunch of afternoon snack!

Jardines Joan March y Torre Desbrull is a historic landmark with large gardens. These gardens offer a sample of the lush native vegetation, accompanied by a medieval Gothic tower and a statue of the local hero Joan Mas.

The old square or Plaça Vella of Pollença, is not just a place in which to celebrate the Pi de Sant Antoni every January...

Placa Vella I Ca'n Llobera is a scenic walking area where you get to explore the areas, shop, and dine freely. It’s the perfect way to spend a sunny day, eating delicious local cuisine and buying souvenirs.

The 365 Calvari steps in the town Pollença situated in the far north corner of the island of Majorca, near Cap de...

One of the town’s most distinctive features is the 365-step stairway north of Plaça Major; this leads up to a chapel on top of the hill known as Calvary. On Good Friday this is the setting for the most dramatic parade of the year. First, on the road winding up the back of the hill, there is a reenactment of the Stations of the Cross. This is followed by a mock crucifixion on top of the hill after which the figure of Christ is ceremonially removed from the Cross. There is a sombre, torchlit parading of the body of Christ through the town led by hundreds of people in cloaks, masks and pointed hats and done in total silence save for the slow beating of a drum.

Placa Major is Pollenca’s city square with nice palaces, a market place, artisanal souvenirs, and cosy terraces where you can have a cold drink or a coffee and observe the activity on the square.

Experience past life at the historical landmarks Most historical landmarks normally retain their original architecture, with little to no modern amenities. This gives you the chance to experience past life at the historical landmarks, and relive the way Pollenca people went about their daily lives. 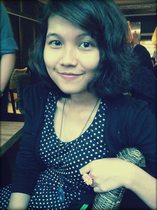