Top 10 Things Cambodia Is Famous For

Cambodia is a Southeast Asian country situated in the Indochina Peninsula. One of the fastest-growing Asian economies, it enjoys an enviable reputation among tourists due to its plentiful offerings. Pristine beaches, unique historical sites, vibrant cultural attractions, and serene and scenic wonders, the country has it all. It is also home to the imposing temple complex, Angkor Wat, a UNESCO heritage site. This complex is the largest religious monument in the world and presents visitors with rich insights into the country’s history. The country’s capital city, Phnom Penh, with its range of exciting activities and sites, has a unique appeal and attracts many tourists. So, go ahead and plan a vacation to this Southeast Asian gem. Read on to know more about the top things Cambodia is famous for. With its origins dating back to the seventh century, Apsara Dance stems from the country’s religious mythology. According to ancient Hindu mythology, Apsaras were celestial dancers or mesmerizing female creatures from heaven sent down to entertain the gods and kings through dance. This dance is characterised by slow-paced movements with a focus on hand gestures. The dancers, or ‘Apsaras’ in common parlance, wear elaborate costumes and accessories. A complex dance form, it usually takes years to master. Any trip to Cambodia is surely incomplete without experiencing this traditional dance. Koh Kong Conservation Corridor, the hub of Cambodia’s ecotourism, is an expansive stretch of mesmerizing natural beauty and stunning biodiversity. This corridor runs across both sides of NH 48 from Koh Kong to the Gulf of Kompong Som. At the southern end of the corridor, one will find Botum Sakor National Park, one of Cambodia’s largest national parks. Featuring rich biodiversity, the park is home to wildlife such as Asian elephants, pangolins, sun bears, hog deer, fishing cats, and slow loris. Aside from the park, the area also incorporates a part of the historic Cardamom Mountains. Another natural attraction in the conservation corridor is Tatai River, which passes through Cardamom Mountains. This place is best for nature lovers. Mekong River is among the longest rivers in Asia. Running across six countries, the river is known for its stunningly diverse ecosystem. The river, commonly regarded as the “world’s most productive river” supports a plethora of aquatic flora and fauna. One of these is the Irrawaddy dolphin, which is characterized by their round head and short beaks that are similar to that of a beluga. The dolphins Inhabit a 118-mi (190-km) stretch of the river from Cambodia to Lao PDR. Tourists flock to the river to catch a glimpse of these unique creatures. However, owing to unchecked human activities, these species have become critically endangered. In fact, Mekong River is one of the last few habitats of Irrawaddy dolphins.

Modern Wooden Home on the Banks of the Mekong

Private bungalow with pool in villa

One of the biggest religious structures by land area in the world, Angkor Wat is an integral part of Cambodia and its culture. It is so significant that this temple complex appears in the national flag of Cambodia. Built in the 12th century, the complex, comprising multiple buildings, was originally dedicated to a Hindu god. In the latter half of the 13th century, however, it was converted to a Buddhist temple and remains so today. Intricately built, the temple displays Khmer architecture at its best. A UNESCO world heritage site, this grand temple complex draws in thousands of tourists every year.

Siem Reap is an ideal place to experience the country’s rich culture. Home to Cambodia’s most important cultural attraction, Angkor Wat, the city draws in many tourists wanting to explore the temple complex. However, the city’s appeal extends far beyond Angkor temples. The city offers traditional Apsara dance shows, museums, cultural villages, shops, and rich French and Chinese-style architecture. No wonder it was ASEAN’s (Association of Southeast Asian nations) city of culture for 2021 to 2022. The best way to explore this city is by going on a two-day tour that allows you to watch the sunset and visit a floating village. Besides visiting important cultural centers, one of the best ways to explore a historical, culturally rich country like Cambodia is to set out and explore the local surroundings, and what better way to do so than by hailing a tuk tuk? These ubiquitous two-wheeled carriages, pulled by a moto, are ideal for exploring the country. Be it visiting local markets, pagodas, or even important cities such as Phnom Penh, tuk tuks are an attractive option for intra-urban transport in Cambodia. Plus, it allows you to experience living like a local. So, do not forget to avail yourself a ride or two of these carriages and explore the exuberant surroundings. Phnom Penh Royal Palace is a historical building complex in Phnom Penh, the capital city of Cambodia, where the King of Cambodia resides. It was constructed in the years 1866 to 1870, along with the shifting of the capital city from Oudong to Phnom Penh. The area consists of four major compounds with Silver Pagoda on the Southern side, Khemarin Palace to the North, and Throne Hall in the central area. The Inner Court acts as the private sector. Tourists love visiting the gardens, which are open to the public, and Silver Pagoda.

Tonle Sap, a reference to the freshwater Tonle Sap Lake and its associated river, Tonle Sap River, is an important part of Cambodia’s natural ecosystem. The 75-mi (120-km) long river connects the seasonally inundated Tonle Sap Lake with the mighty Mekong River. Tonle Sap River supports a wide array of biodiversity, and it is unique in the sense that it changes its direction of flow according to the season. During the monsoons, the mighty Mekong River forces water through the Tonle Sap River upstream to the lake. In the drier season, however, the flow is reversed and the lake is significantly drained into Mekong. This museum, situated in Phnom Penh, chronicles the infamous period of Cambodian Genocide. The genocide pertains to the systemic culling of Cambodians by Khmer Rouge, an autocratic regime that ruled during the 1970s. The site of the museum was previously a secondary school that was converted to a security prison by the Khmer Rouge. Its goal is to showcase the atrocities during a terrible period of Cambodian history and encourage its visitors to always choose peace.

A mention of any country’s cultural richness is incomplete without a mention of its traditional cuisine. Cambodia’s cuisine, or more commonly known as Khmer cuisine, is characterized by its subtle blend of spices and flavors. The mainstay of Khmer cuisine is prahok, a fermented paste made from trey riel (a small freshwater fish). Other popular dishes or flavors to try include fish amok, kuy teav (noodle soup), Khmer curry, or bai sach chrouk (pork and rice).

Have an unforgettable experience in this beautiful country

Cambodia, with its plethora of notable attractions, historical sites, and cultural experiences promises an unmatched experience for the visitors. While planning your visit, do not forget to check out the top things Cambodia is famous for and learn about the country while living like a local. 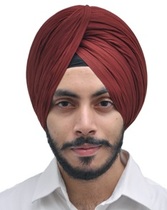 Hi, I am Harshameer Singh . A marketing professional by training but a traveler by heart.
Want to contribute as a Local Expert?
Register Here
Hotels
Lowest Price Guarantee