Enter If You Dare: Top 10 Spookiest Forests From Around The World

If you have watched the Blair Witch Project, you will understand how creepy and sinister these supposedly-peaceful places are. Whether they were tragic sites due to various crimes, battlefields, or even the devil’s playground, think twice before you step into a forest the next time, for your imagination might just run wild after hearing our stories about the top 10 spookiest forests from around the world.

Located in the heart of Transylvania sits the creepiest and most haunted forest in the world, the Hoia Baciu Forest, also known as Romania’s Bermuda Triangle. Many are convinced this forest is haunted, home to the devil himself. Some intense paranormal activity and unexplained events include various ghost sightings, unexplained apparitions, faces not visible to the naked eye appearing in photographs, and UFO sightings in the 1970s. The forest is also believed to be a portal for people to travel in and out of time. One famous story is about a little girl who got lost in the forest, only to be found five years later wearing the exact same clothes and still looking the same. A lot of people have also complained of having rashes, feeling nauseous, and the urge to vomit once they enter the forest. The creepiest thing about Hoia Baciu Forest is that the trees, which once was said to stand tall, are now twisted into various knots creating a scary sight.

This island in Mexico is just like a grotesque playground with mutilated dolls, many hanging from limbs, others with heads attached to spikes, all with soulless eyes staring blankly ahead. As unlikely as it for a tourist attraction, the “Island of Dead Dolls” has been drawing thousands of people to this strange spectacular. The story begins with a man named Don Julian Santana, the caretaker of the island. Upon arriving on the island, Don discovered a young girl’s body floating dead in the canal. He also noticed a toy doll nearby, which most probably belonged to her. Moved by the young girl and in an attempt to appease her spirit, Don started to hang dolls all over the whole island, some with missing limbs and eyes. Many believed the dolls were evil, some think they were to safeguard the island. The creepiest thing is that Don was later found dead in the same canal the young girl was once found dead in.

Price: from 75 USD for a round trip ferry ride

Duration: Four hour ferry ride to the Island of the Dead Dolls

Access: Catch a ferry from the Embarcedero Cuemanco or Embarcadero Fernando Celada Also known as the “most perfect place to die,” the Aokigahara Suicide Forest rests in Mount Fuji’s shadow, and is the second most popular place in the world for people to commit suicide. Since the 1950s, over 500 people have wandered in and not out. Recently, the numbers have increased, with a total of 105 suicides in 2003. The forest is dense and dark, with little sunlight able to seep through. As the trees and paths all look the same, many hikers have gotten lost in the forest with no idea how to get out. Spiritualists believe that the deaths soak the trees with a malevolent energy that has accumulated over centuries, causing them to generate a paranormal activity that prevents many from escaping the depths of the forest. There have also been reports of people hearing eerie screams from the forest, which is believed to be from the souls of the dead. The ancient woodland of Epping Forest was once a former royal forest that sits on the border between Essex and Greater London. Filled with a long and rich history about Iron Age forts, Roman battles, and Saxon saints, this forest has also been closely linked to a lot of crimes. It was a hideout for notorious criminal Dick Turpin in the early 1700s, a spot where he robbed many passersby. The forest has also been a popular spot for many murderers to hide and bury their victims, and it is believed this is why it has a reputation for its spooky sounds. Locals have reported various sightings of headless men, and apparitions of women who are supposedly frequent figures. Figures supposedly will run in front of your car, hoping to force you into an accident. Many also say that if you drive to Hangman’s Hill and park in neutral, your car will slowly be pulled uphill. Source: Photo by user Matt Swern used under CC BY 2.0

Many locals who have grown up in New Jersey tend to talk about the Jersey Devil, a tale commonly told around a campfire. The legend goes like this: A woman named Mrs. Leed gave birth to her 13th child only to find out that it was the Devil himself. It was a grotesque creature with hooves as feet, a goat’s head, leathery bat wings, and a forked tail. It killed the midwife and flew to the Pine Barrens in which it hid. For nearly 200 years, the creature has been haunting the forest, roaming about and scaring passersby. Many residents were so afraid of running into the monster that they decided to shut down schools and the local mills for several days. Some still avoided the Barrens completely and warned their children not to step into the Blue Hole, a place in which many believed the Devil often frequents.

Access: located in southern New Jersey, from most of Burlington and Ocean County

There is a reason why Dering Woods is also known as Screaming Woods, for many have reported hearing screaming sounds from the woods at night. Given the title as UK’s most haunted village, the blood-curling screams are believed to be from the people who have lost their way in the forest. Approximately 50 people have lost their way and were unable to find the way out, which is why the forest is haunted by over 12 to 14 kinds of ghosts. One of the more popular sightings is the ghost of a colonial who dangles on a tree; the story goes that he committed suicide by hanging himself on a tree. Many have also witnessed the sound of horse hooves riding over cobbles in broad daylight as well as seen a coach being pulled by horses with bright lights coming from the carriage windows.

Isolated yet located in the heart of the area, Freetown State Forest has been associated with a lot of paranormal activity since 1659. There have been many rumors of satanic rituals that often take place. Also, many locals believe that the forest was cursed by the Native Americans who once lived on these grounds. Apart from that, there have also been a couple of mysterious deaths in the forest. In 1978, the body of a fifteen-year-old cheerleader was found tied to a tree. In 1987, the body of a drifter was discovered in the forest. Other deaths have occurred in the forest as well, including a newborn baby found in a trash can at a nearby rest stop and two men found shot to death on Bell Rock Road. Some sightings reported by locals are animal mutilations, creatures are found stalking hikers, possible UFOs, fireballs that zip through the dark skies, apparitions, and disembodied voices. Devil’s Tramping Ground is a camping spot located in a forest near the Harper’s Crossroads in Bear Creek, North Carolina. It is believed that the Devil’s Tramping Ground is a mysterious, perfectly barren circle in which nothing within 40 feet grows. No tree or flower is able to grow within this strange circle of land, as all vegetation aiming to flourish will just ultimately wither and die. Any object left in the circle after dawn will be violently thrown out, and even dogs are afraid to go near. Campers who had tried to stay the night in the circle have never once succeeded to stay sane, and hence many have believed that this spot belongs to the Devil himself. It is said that the Devil spends the night pacing around the circle, thinking of ways to bring humans to damnation. Many have reported seeing strange shadow-like figures, as well as various satanic rituals that have taken place in the circle.

Established in 1897 by a bunch of wealthy businessmen, Pinewoods Cemetery was abandoned in 1975 due to some financial difficulty. Since then, the cemetery has been closed off to the public with policemen patrolling the area. The creepiest thing in the cemetery would have to be the decapitated angel statue, which is said to bleed disturbingly when night falls. Known as the ‘gateway to hell’, many locals have reported seeing dark figures silently following them as well as shrieks and laughter of young children. People have also felt pushes when they are walking into the cemetery, and a taxi driver has recalled that he had been driving this young girl in a party dress to the cemetery when she just mysteriously disappeared.

Opening Hours: closed to the public but feel free to sneak in if you dare A popular setting for many of the Grimm Brother’s award-winning works, this bewitching landscape along the Rhine River in southwestern Germany is just as you imagined — densely populated with hardly any sunlight seeping through. The myths surrounding this forest have proved to be more fantastical than paranormal. From a headless horseman riding on a great white steed, a king who kidnaps women to take them to his underwater lair where he lives among the nymphs, to friendly dwarves and lurking werewolves, this magical forest seems to be an ideal playground for mythical creatures.

Access: lies in Baden-Württemberg in the southwest of Germany

Enter at your own risk!

These scary stories and strange occurrences sure intrigue us, but we can only wish you the best of luck if you really decide to experience these paranormal activities for yourself. Though everything may seem fun and interesting at first, do note that not all spirits are to be messed with. Research properly and make sure you are ready for this, for there is no turning back once you have entered! 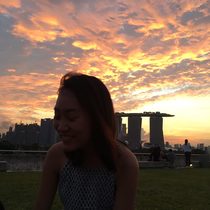 Clara likes to spend her time daydreaming about countries she has never visited before, and while she is at it, exploring new cafes and cool spots in Singapore. She is passionate about reading and...Read more
Want to contribute as a Local Expert?
Register Here
Hotels
Lowest Price Guarantee