It is a well-known fact that Milan is considered to be the industrial center of Italy. But it is also a beautiful urbanized metropolis. Milan is not only home to world-famous fashion houses but also dazzles with spectacular architecture and constructions. Its allure is such that even the most cynical visitor can’t resist but appreciate it. The colorful history of Milan dates back to the time of 600 B.C. Though Milan was greatly destroyed during the Second World War, it still owns beautiful buildings echoing its art and culture. Check out some of the famous buildings in Milan. After exploring these stunning structures, retreat to some of the best boutique hotels and Airbnb vacation rentals in the city. Predominantly, a Visconti Fortress, this epic castle was once the home of the Sforza Dynasty, who had been reigning during the Renaissance in Milan. Frescos painted by the famous Leonardo Da Vinci, adorn the walls of the castle. Currently, this epic Milan building houses seven museums that reflect the explicit beauty of the history and culture of the city. Sforza Castle exhibits some of the most extraordinary masterpieces of Italian History and hence finds a place amongst the top buildings of Milan. One of the places Milan is famous for is this stunning structure. Renowned as the Opera house of Milan, this alluring amusement named Teatro Alla Scala is one of the most beautiful masterpieces of the city. It was recreated owing to a request by Empress Maria Theresa. Its horseshoe-shaped interiors, along with the spellbound beauty of its facade, painted a new prototype for classical theatres thus surpassing the traditional forms of baroque theatre. The theatre came into the spotlight for its impeccable acoustics and soon etched its name as the Model Of Italian Theatres. An excellent piece of architecture and an abode of Catholic tradition, Santa Maria Delle Grazie dwells in the heart of the city of Milan. Ranked high among the famous buildings in Italy, the monument seeks major attention as it connects with the fresco: The Last Supper by Leonardo Da Vinci. A view of Santa Maria Delle Grazie not just defines the art and culture of the city, but is a part of the testimonies of the art during the Renaissance. To add to its popularity, this Church occupies a place among the World Heritage List as stated by UNESCO in 1980. What is Milan famous for, you may ask? Christened as the Milan Cathedral, Duomo Di Milano is by far the most astonishing structure in the city. It is situated in the Piazza Del Duomo and is the fifth largest church across the globe. The Church reflects an awe-inspiring view with more than 3,400 statues, 700 figures, and 135 gargoyles. Walk or climb through the stairs to reach the rooftop where you can catch a glimpse of the city’s most beautiful silhouette. Captivate yourself with the mesmerizing view of the Alps with its snow-laden peaks. An excellent football stadium, the San Siro is home to two major Giants of sports namely the Inter Milan and the AC Milan. The stadium has a seating capacity of 80,000 members and hence is considered to be the largest in Europe & Italy. Built back in 1925, the Stadium was then situated near the race course. What makes this stadium different from all others is the fact that it has been designed solely as a football ground and does not have any athletic tracks. Prebook your tickets to catch glimpse of a football match at the stadium. The monumental cemetery is the largest in Milan, Italy. Additionally, the epic cemetery is an abode of tombs and monuments along with classical sculptures. The cemetery has a lot more to offer than just a place for grief and remembrance. This is in the sense that the art and culture painted in the monuments helps us to trace the city’s beauty and relive its art history. Many famous luminaries have been buried here. One of the finest and most famous buildings in Milan, Basilica di Sant'Ambrogio has a curious interior. The elegance of the church is depicted by two towers made of red brick and an atrociously beautiful atrium. The Church houses an exquisite sarcophagus along with few archaeological remains. Though the church was totally damaged in the Second World War, the interior, as well as the exterior of the Church, still has a magnificent appearance. You can visit the church on all days, however, keep a check on the timings. A skyscraper and one of the most beautiful in Milan, Pirelli Towers hails as the famous landmark. Pirelli towers are thought to be the dynamic expression of Lombard and the Italian economy’s first wave. As the name suggests, the tower was built with the aim of housing offices of the company manufacturing the tires of Pirelli. The tower is 127 meters (417 feet) in height, has a total of 32 floors and covers an area of 20,000 sq feet (1,900 sqm). The place has one of the finest architecture and the material that has been used to construct the skyscraper gives it an extraordinary appearance. The tower captures the social imagination of Milan and is a tribute to its booming economy. Another magnificent church located in the heart of Milan is the Basilica of Sant'Eustorgio. This is also one of the oldest churches that blissfully outlines the relics of three different kings. The church is truly a fusion of history, tradition, and culture of the city. The prime attraction of the church is Cappella Portinari and is among the earliest example of the renaissance of the city of Milan. Additionally, the church is the intersection of fresco decoration of Lombard and the native classical forms of the city. Keep an eye at the operating hours of the Church before you plan to visit the same. Popularly known as the Charterhouse of Milan, Garegnano is one of the most elegant monasteries in the city. The monastery is located at the outer region of Milan so that the monks could dwell in eerie silence. The Certosa is not just a famous Milan architecture but also a must visit owing to the peace and solitude one can feel in the ambiance of the monastery. Often deemed as the historical paradox, the city of Milan is one of the must-visit places. Explore an array of architectural sites in the city. Milan is also an industrious city and you would be amazed to unveil the mysteries and peripheries of its famous buildings. 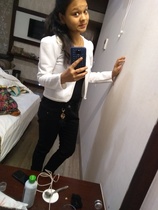 A curative writer on the journey of finding herself. An engineer by profession, twist and turns of life made her switch choices. A belief that keep her going, Limit exists only in mind. Reading is...Read more
Want to contribute as a Local Expert?
Register Here
Hotels
Lowest Price Guarantee