Being the capital city of Italy, you can expect Rome to be one of the busiest and the most frequently visited cities in entire Europe. In 2005 alone, they reported over 19 million visitors. Incredible architectural structures, breathtaking monuments, ancient ruins, and delectable cuisine are a few reasons tourists visit Rome. The Vatican City, the epicenter of the Roman Catholic Church is situated within Rome and gets millions of visitors each year. It houses the famous St. Peter’s Basilica and the Sistine Chapel. On your holiday here, book a vacation apartment or an aparthotel and get ready to feast your eyes on these famous buildings in Rome, Italy.

Source: Photo by Flickr user @felixtriller used under CC BY 2.0

In ancient times, this massive structure in Rome was the venue for exotic animal exhibitions, gladiator fights, and prisoner executions. When the emperor Titus started the 100 days of games, more than 2000 gladiators were killed. The Colosseum entertained the Romans for several years. 2000 years later, after earthquakes and bombings, this imposing structure still stands. The Colosseum is also known as Flavian Amphitheatre. About six million people visit this iconic building, a symbol of Rome, every year. Colosseum is also close to other popular attractions in Rome such as the Arch of Constantine, Basilica di San Clemente and Basilica di San Pietro in Vincoli.

Marcello Theater is another structure that shows how much Ancient Rome loved a spectacle. This open-air theater completed by Augustus once hosted the Secular Games of 17 BC, as well as performances such as plays and recitals. It’s also where the emperor himself often addressed the people. Its seating capacity is estimated to be 11,000 or possibly more. Augustus had decided on a seating law that dictated where a person could sit based on their social class, with the lower tiers reserved for the elites as it provided the best view. Though it was eventually eclipsed by the popularity of the gladiator games in the Colisseum, this is still a significant landmark in Rome and definitely a great place to visit. From Piazza Venezia, Marcello Theater is only a six-minute walk away.

Altare della Patria, in English “Altar of the Fatherland”, is also known by another name: Victor Emmanuel II National Monument. The namesake of this monument is the first king of united Italy, hence why he’s called the Father of the Fatherland. You’ll know you’re in Piazza Venezia the moment you see its Corinthian-style columns. In front of this is an impressive bronze statue of Victor Emmanuel II riding a horse. The most notable attraction here today is called Rome from the Sky, and visitors can enjoy stunning vistas of the city from the monument’s rooftop.

St. Peter’s Basilica is one of the holiest temples in Vatican City. This is where Saint Peter, one of Jesus’ disciples was buried in 64 A.D. Inside the Basilica are important works of art from Carlo Maderno, Bramante, and Michelangelo. It’s an enormous church that can accommodate 20,000 people. The Dome, completed in 1614, is an incredible piece of architecture. When you climb right to the top, you’ll get a stunning view of St. Peter’s Square. Nearby places that you can also visit include the Sistine Chapel and Vatican Museums.

Built in the year 135, Castel Sant'Angelo or The Mausoleum of Hadrian was originally ordered to be constructed as a mausoleum for the Roman Emperor and his family. The Emperor, unfortunately, died before it was completed. It was Emperor Antoninus Pius, his successor, who completed the building and transferred the former Emperor’s remains together with that of his son and wife to the mausoleum. Several years later, this building was used as a refuge by the popes. Today, the castle has been converted into a museum. Inside, tourists can view several historical figurines, the Papal residence, and paintings from the Renaissance period. At the top floor, you can get a stunning view of the city. The closest attraction is the National Roman Museum and Piazza Navona, which is one of the romantic places in Rome.

Constructed in 1473 and completed eight years later, the Sistine Chapel is Rome’s most valuable treasure. This temple is where the papal conclave is held. The entire walls and ceilings of the Sistine Chapel are covered with paintings by Luca, Botticelli, Perugino, and the renowned Michelangelo. The ceiling of the chapel is covered in exquisite paintings depicting the nine stories from the book of Genesis and the book of Revelation. The painters also worked on the stories of Moses, Jesus, and the prophets.

This famous structure in Rome is said to be more than 2,000 years old. It was built by the Roman Emperor Hadrian as a temple for the Roman gods. Great Italian kings and Raphael, a famous Renaissance painter is buried in the Pantheon. The dome is its most fascinating aspect, for it is unsupported yet it stands tall, without any damage, for thousands of years. Architects today are still in awe of its construction. Its interiors are shaped as a cylinder with no windows and just the hole on the top, which is called the eye of the Pantheon or the Oculus. This Roman structure is one of the best-preserved buildings from Ancient Rome.

MAXXI, a structure built by Zaha Hadid and recently opened in 2010, is the first museum in Italy dedicated to contemporary art. This Rome building houses hundreds of modern art and architectural artifacts and even documents from artists around the world but most particularly from Italian artists. You’ll find modern photography collections, sculptures, and 21st-century designs. Apart from their regular exhibits, the museum also holds weekly workshops, performances, projections, and conferences.

Source: Photo by user Sailko used under CC BY 3.0

This private gallery in Rome showcases valuable art by Caravaggio, Raphael, Velazquez, and Bernini. Over 400 paintings from the 15th to the 18th century is inside this palace. It consists of four wings with the Primitive Room and the Aldobrandini Room that houses the masterpieces of great artists. Art enthusiasts should definitely visit the small chapel that features several rooms such as the Ballroom with decors from the 19th century; Pussino Room that houses artwork by Pussino himself; Jupiter Room decorated with paintings by Weenix and Giovannini; Primitives Room that has a series of wood panel paintings; and the Velvets Rooms, a room covered by damask velvets.

Source: Photo by user Francesco Gasparetti used under CC BY 2.0

The Pyramid of Cestius is a funeral monument in Rome. Built during Emperor Augustus’ reign, this monument stands 100 feet (30 meters) high. On the east side of the pyramid, you’ll find a Roman inscription that says the structure was completed in 330 days. Inside are wall paintings that were only discovered in the 17th century. This pyramid when compared to those in Egypt, is too steep and pointed and is the only pyramid in Europe.

Today, the Trajan’s Market is called the Imperial Forum Museum that features several exhibits. This was Rome’s first shopping center and is considered to be the first covered mall in history. It used to house about 150 apartments, shops, and offices. Apollodorus of Damascus built this complex in the year 100 and 110 AD. There are about six floors where the top level has the offices and lower levels house shops that sell vegetables, wines, fruits, and other items. The structure also contains a hall where speeches and concerts are held. Closest attractions are the Altare della Patria, Piazza del Campidoglio, and Santa Maria in Aracoeli.

Also known as Square Colosseum or Colosseo Quadrato, this structure was built in the 1930s for the 1942 world exhibition. Today, This cool building in Rome is the headquarters of Fendi, a high-end retailer. Inside there is a special Fendi exhibit located on the first floor, a cafe, a movie studio, and a plush theatre. If you’re in town, you may be able to catch a free movie by Fendi which runs every night at 9 pm. The Square Colosseum lets you take a break from the ancient Roman ruins, to enjoy a modern piece of architectural art.

When in Rome, do as the Romans do

Italian food, with pasta being the most popular, is inspired by the Jews. So zucchini, artichokes, and anchovies are sometimes incorporated in their dishes. When you visit Rome, always try their carbonara or gricia as they have the best in the world. Pizza by the slice is also a favorite street food. It’s true that Italians eat a variety and plenty of carbohydrates, but they also include fresh vegetables and fish into their meals. So when in Rome, maximize your trip by visiting these famous buildings and trying the local cuisine. 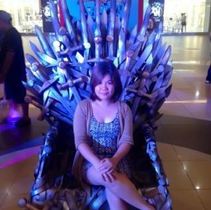