Food To Try In Rome, Italy

In addition to being a city with a rich culture and history, Rome has one of the best cuisines in the world. Roman cuisine includes toothsome and nourishing foods with divine taste. Popularly named as the poor man’s food, Roman cuisine uses simple ingredients and creative cooking methods. Though the city has a variety of attractions to fall for, the scrumptious Roman food tops the list. Both sweet tooth and savory lovers can be satisfied by the Roman foods. If you think Roman cuisine is just pizza and pasta, you need to check out their long list of authentic dishes to excite your taste buds. Knowing the best foods can make your Roman trip blissful. We have chosen the top 10 popular foods to try in Rome below. Who doesn’t love deep-fried delights? Suppli or rice ball is a classic appetizer in Rome which is a fried rice ball packed with meat, cheese and tomato sauce. The rich taste of mozzarella, tangy tomato sauce, and juicy meat adds richness to the crispy rice balls. The crunchy outside and creamy inside take the diner to a different level of ecstasy. The food’s root travels back to 20th century but the modern day cooks have added creativity to the recipe and serve in different tastes.

Codfish is prominent in Roman cuisine. Baccalà or salted cod is a tasty treat in which the cod is salted and deep fried in an egg batter. The fresh fish wrapped in a light batter gives a distinctive taste and acts as a pleasure to your hunger pangs. According to the Roman tradition, Baccalà is eaten on Fridays since meat is not allowed on that day. This age-old dish is also a mandatory inclusion on a Christmas dining. Street foods are famous all over the world. For Rome, the must-try street food is pizza al taglio or pizza by the slice. It is made from pizza dough, rich cheese, delicious sauce, and fresh toppings. This pizza is baked in rectangular trays or circular pans. This unique Roman pizza is usually sliced with a scissor or knife and served as per the buyer’s preferred portion. The highlight of this dish is that it is always sold by weight in rectangular or square cuts. Carbonara is a traditional Roman pasta sauce made from tender guanciale (pork meat), hard cheese, silky eggs, and spicy black pepper. Usually, spaghetti is used as the pasta for the sauce. The name carbonara is derived from the Italian word ‘carbonaro’ meaning ‘charcoal burner.’ The dish probably got its name after a Roman restaurant ‘Carbonara’ or maybe because of the crushed pepper which looks like a coal dust on the eggy base. Pasta lovers must try this dish while in Rome since the traditional cooking with local ingredients offers an exceptional experience. Carciofi alla Romana is plainly translated into Roman-style artichokes. The artichokes in Rome is not just a vegetable. It is a celebrated seasonal appetizer served in spring. Artichokes are braised, filled with herbs and garlic and drizzled with lemon and olive oil to obtain a smooth and buttery texture. The tender artichokes bathed in its own juice allures anyone with its fresh taste and elate the diner. Source: Photo by Flickr user Joy used under CC BY 2.0

Bucatini all’Amatriciana is another Italian pasta sauce based on tomato. The star of the dish is crispy guanciale which is a cured, unsmoked pork jowl. Traditionally, thick spaghetti named bucatini noodles is used in the recipe. Nice and juicy tomatoes, succulent pork, smooth cheese and tasty pasta in the dish dance together and take you to the party mood instantly. In Rome, you can relish this dish with onions and olive oil. Undoubtedly, Bucatini all’Amatriciana is one dish which can give an authentic Roman feel to the diner. If you are a vegetarian, do not miss cacio e pepe while you are in Rome. The name “cacio” in cacio e pepe is the local name for the pecorino cheese and the word “pepe” refers to black pepper. The dish is so simple with just two main ingredients but the flavors it promises is beyond words. Handmade tonnarelli noodles are decorated with pecorino cheese and black pepper and then mixed with pasta water for this heavenly dish. The dish will smack you with its rich cheesy taste with a mild spicy punch.

The word “vaccinara” in coda alla vaccinara means “butcher style.” Coda alla vaccinara is an ox-tail stew prepared for the workers. The tail cut is known as “quinto quarto” in Italian meaning “fifth forth.” An animal is usually cut into four quarters. The first quarto is served to the aristocrats, second quarto to the priests, third quarto to the merchants and fourth portion to the military officials. The leftover fifth quarto will be consumed by the butchers and workers. Though it is the last cut, the tail part is the juiciest in an ox. The slow cooking of the oxtail with vegetables and tomatoes adds flavor to the stew.

Saltimbocca alla Romana literally means “jump in your mouth.” The appetizer can deliberately melt in your mouth with its lip-smacking taste. Veal slices layered with prosciutto and garden-fresh sage are marinated in white wine in this classic Roman starter. Roman foods are the best way to discover the beauty of Roman traditions. Some of the exquisite Roman foods cannot be found anywhere else in the world. Visit Rome and dive into their culinary delight to feel the real charm of the city. 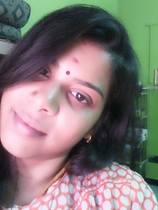 I am a travel writer and obviously love to travel. Traveling is a spiritual experience and I am crazy about it. I explore the wonders of the world through my writing.
Want to contribute as a Local Expert?
Register Here
Hotels
Lowest Price Guarantee