San Francisco, located in the heart of California, is a great land of architectural wonders. Known for a number things like a variety of wine, lip-smacking delicacies, party, lights, music, wild and crazy nightlife, and San Francisco Giants, a Major League Baseball team, cable cars - the city of San Franciso has it all. Yes, all. Something for everyone, even the history enthusiasts and globetrotters are not left behind. History enthusiasts can come across an old version of California in the city, travellers who are always on the hunt of finding and joining missing pieces of forgotten tales, since every building in the city has a story to tell. If you’re planning to visit the Golden City and you don’t know where to stay, book a cosy Airbnb tiny house or a hotel, and keep reading to discover the most famous buildings in San Francisco, California.

Phelan Building, located in the city’s Financial District, is a San Francisco Designated Landmark. The original Phelan building was badly damaged in 1906 after an earthquake and a fire, and its reconstruction was completed two years later. Today, it’s mostly used for offices. While it only stands 11 stories tall, it’s quite a prominent landmark on Market Street and worth stopping by for a photo.

Misión San Francisco de Asís was founded in 1776 and is known for being the oldest intact building in the city. This famous Mission was named after St. Francis of Assisi and is worth a stopover during your day tour in San Francisco, especially if you’re a visiting Catholic. As a historic structure, the building itself holds many designations besides being a San Francisco Designated Landmark. It’s also listed under the US National Register of Historic Places and is a California Historical Landmark.

While you’ll find many movie theaters in San Francisco, not all of them are listed as a San Francisco Designated Landmark. The Castro Theater is a movie house with an impressive seating capacity of 1,400. While it was once a retail store, it re-opened as a theater in 1922, which means it doesn’t look just like any other modern movie house. You can expect a grand stage, classic red curtains, and an old-fashioned signage outside declaring the show of the hour.

Art and culture always go hand in hand and the Palace of Fine Arts Theatre located in the Marina District of San Francisco, California is one such classic example. The Palace of Fine Arts Theatre was opened in 1915 during Panama–Pacific International Exposition. Now, it’s one of the most romantic places in San Francisco. The palace has a Beaux-Arts architecture which makes it appear as golden ruins of Roman buildings, which is worth cherishing. This famous building is a popular attraction in the city due to its immense beauty and marvellous architecture.

Opened in the year 1971, St. Mary’s Cathedral also known as Cathedral of Saint Mary of the Assumption is another famous building in San Francisco as it the primary as well as the metropolitan church of the Roman Catholic Archdiocese Community of San Francisco. This 58-metre church has a very modern and classy architecture making it an astonishing beauty.

If you are a photo fanatic, then this place is for you. Built between 1892 and 1896, “Painted Ladies” also known as Postcard Row is a group of Victorian and Edwardian houses and buildings located at 710–720 Steiner Street, across from Alamo Square park right in the heart of San Francisco.

In San Francisco, this iconic building is a must-visit if you really wish to see classical architecture in the USA. San Francisco City Hall is one of the finest examples of Beaux-Arts architecture that one can ever come across. This marvellous architecture makes City Hall, one of the most famous buildings in San Francisco. The city hall was originally completed in the year 1899 after careful planning and construction of 27 years. But due to the earthquake in 1906, the City hall shattered and fell into pieces. Later in 1999, the city hall was reopened with its beauty and glory intact.

Established on 24th March 1895, M. H. de Young Memorial Museum often known as de Young Museum is a home of over 1000 paintings, 3000 decorative art objects and 800 sculptures from American origin dating back to 17th century to 21st century. You will also find a huge variety of costumes, art forms, textiles and international contemporary art pieces from the Pacific, Africa and America. The Museum is the result of California Midwinter International Exposition of 1894.

Conservatory of Flowers is one of the oldest buildings in the famous Golden Gate Park and also one of the top attractions in San Francisco. Buillt in 1878, Conservatory of Flowers is an ultimate gift of nature preserved very nicely. The garden is an astonishing beauty as it is a home of rare and exotic plants. The architecture of this garden highly resembles with a Victorian greenhouse.

Built between 1932 and 1933, Coit Tower also known as the Coit Memorial Tower is a 210-foot (64 m) long monument tower built in the memory of volunteer firemen who lost their lives in five major fires in San Francisco. The Coit Tower is a great piece of art built with unpainted reinforced concrete. The interior of the tower has murals striking great resemblance with agricultural, business and life of people in California The tower is designed by architects Arthur Brown, Jr. and Henry Howard. The Coit Tower is an inseparable part of the list of famous buildings in San Francisco.

Hobart Building is a classic example of neoclassical architecture completed in the year 1914 by well-known architect Willis Polk. The most special feature about this building is its versatility, contemporary looks and modern functionality. The operable windows is another rare site among downtown buildings found in the place. The building when built was one of the second tallest buildings in San Francisco with 21 floors at its disposal.

The Sentinel Building also is known as a Columbus Tower or Coppola’s Cupola is one of the famous buildings in San Francisco completed in the year,1907. The building is used for multiple purposes ranging from a film studio, American Zoetrope to cafes built on the ground floor. The building is designed by Salfield and Kohlberg. The special feature of this building is its white tiles and tarnished copper which gives it a unique look altogether.

Bring in the fun

1.&nbspWhich architectural buildings in San Francisco are best visited by travelers on a budget?

If you’re traveling to San Francisco on a budget, don’t worry about pricey admission fees and tour tickets when you add these architectural marvels to your itinerary: St. Mary’s Cathedral, The Sentinel Building, and Grace Cathedral. You can also snap a scenic photo with the Painted Ladies in the background.

2.&nbspWhich are the best architectural buildings in San Francisco for kids and families to visit?

When in San Francisco with family, be sure to take your loved ones out for a movie at The Castro Theatre. You can also go sightseeing at Coit Tower or check out the exhibits at de Young Museum.

3.&nbspWhich are the best architectural buildings in San Francisco for couples to visit?

On your honeymoon or romantic getaway, be sure to add Conservatory of Flowers, de Young Museum, Painted Ladies, and Palace of Fine Arts Theatre to your itinerary for a fun time with your special someone. 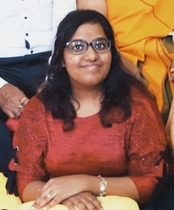