When one mentions the Italian capital Rome – synonymous with romance – memories of popular Hollywood movies set in the city flit past in the mind’s eye. Remember the classic “Roman Holiday,” which introduced Audrey Hepburn to the world? The movie has several sequences that are set against the backdrop of popular landmarks in Rome such as the Spanish Steps. Or, “Angels and Demons” – based on Dan Brown’s best-selling novel – which was shot extensively in Rome, including landmarks such as the Trevi Fountain and inside Castel Sant’Angelo. Rome is not only popular with filmmakers, but also a tourist paradise that is bustling with life. It is dotted with famous spots such as the Roman Forum, St. Peter’s Basilica, the Pantheon and more. The Colosseum, the Flavian Amphitheater, is one of the most iconic structures in the city and stands tall in Rome’s city center, reminiscent of its rich cultural past. Walking through the streets of Rome you become a time traveler as you soak in the sights and sounds. Here’s a look at some famous landmarks in Rome, Italy, which you can check out while visiting the city. Counted among the new seven wonders of the world, the Colosseum is like a sentinel standing tall in Rome’s city center, watching over everything. This iconic and of the most-recognizable Italian landmarks holds the distinction of being the biggest amphitheater ever made. It is near the Roman Forum and was commissioned in 72 AD by the Roman Emperor Vespasian. As depicted in the movie “Gladiator,” the Colosseum was indeed used for gladiatorial bouts. The structure was damaged by earthquakes but continues to be a popular tourist hotspot and is the perfect location to take a selfie! This erstwhile Roman temple dedicated to pagan Roman gods – and now a church dedicated to St. Mary and the Martyrs – is another popular landmark. The circular-shaped Pantheon is a well-preserved building and its construction was completed in 126 AD by the Roman Emperor Hadrian. The Pantheon is an architectural marvel and composed of multiple arches that intersect. The rotunda and the porch are standout features of the exquisite structure. Interestingly, it is also the burial site of two Italian kings. History aficionados would enjoy a visit to the Pantheon. The Roman Forum is near the Colosseum and despite being a straggle of ruins, it is an oft-visited tourist spot in Rome. This rectangular plaza or Forum from the 7th century BC bears testimony to the city’s rich cultural past. It was a burial ground and over time became the illustrious empire’s commercial and socio-political heartbeat. In ancient times, several important structures were located near the Roman Forum such as the victory arch Arco di Settimio Severo, the Temple of Saturn and the Curia. This is a must-visit landmark for travelers. This beautiful Baroque-style fountain is in Rome’s Trevi district and is one of the most photographed landmarks of the city. The Fontana di Trevi is 26.3 meters (86 feet) tall. This impressive fountain with incredible craftsmanship is a whopping 49.15 meters (161 feet) wide. You would be surprised to learn that the Trevi Fountain was built where three streets meet, giving the structure its name i.e. Three Street Fountain. While flipping a coin into the fountain is popular and honors the legend that visitors will return to Rome if they do so, beware of dipping into its riches as stealing coins from the Trevi Fountain is illegal! When in Rome how can you not visit one of the most ancient spots in the city – Palatine Hill! It is one of the seven hills in Rome and has several ruins of important ancient buildings such as the Domus Flavia and the well-preserved House of Livia with its frescoes and mosaics. Ideal for a leisurely stroll, tourists can also check out the Palatine Museum. You can also soak in the spectacular view of Rome from here, especially the Circus Maximus. This magnificent church is located in Vatican City and is built on St. Peters tomb. St. Peter’s Basilica is an oft-visited catholic shrine, attracting several million people each year. Art lovers would be keen on seeing the famous Pieta carving done by Michelangelo, which is carved from a single marble slab and has the artist’s signature – the only work of his to have it. Travelers can easily get to St. Peter’s Basilica by metro. Remember to check the timings and dress aptly to avoid any disappointment or refusal of entry. Italy is synonymous with artists such as Leonardo Da Vinci, Michelangelo, and Raphael to name a few. The Galleria Borghese is an art gallery inside the Villa Borghese Pinciana mansion. It is the perfect spot for art enthusiasts and visitors would be enthralled by the mosaics, paintings, and sculptures the museum houses. The renowned museum also has masterpieces from Bellini, Caravaggio, and Antonello da Messina. You could easily spend an entire day here looking at the collection, followed by a leisurely stroll in the beautiful gardens. The Piazza Navona is among the most popular squares of the Italian capital. This Baroque-style Piazza is extremely popular with tourists and provides plenty of opportunities for snapping pictures, especially near the Fontana dei Quattro Fiumi or the Fountain of the Four Rivers, which is at the square’s center. The vibrant Piazza Navona is buzzing with activity and is surrounded by charming terraces and eateries. You can spot street artists at the square and enjoy their performance while enjoying an espresso. The Spanish Steps or Scalinata di Trinità dei Monti is another popular landmark in Rome and is a great backdrop for photo-ops. The staircase starts at the end of Piazza di Spagna and leads up to the Trinità dei Monti church, connecting the two. The base of the Spanish Steps also has a pretty fountain that is shaped like a sinking ship – the Fontana della Barcaccia or the Fountain of the Old Boat. The steps are a popular hangout for tourists and locals alike, where you can sit back and chill, enjoying the spectacular view. The Castel Sant'Angelo was commissioned by Emperor Hadrian and held the distinction of being the tallest building in Rome in ancient times. This cylindrical building was used as a fortress in the past and is now a museum. It is also known as Hadrian’s Tomb and was built originally to be a mausoleum. The Castel Sant'Angelo lies on the banks of the River Tiber. The fortress is a short distance from Vatican City and has five floors. Travelers can also enjoy spectacular views of Rome from the massive terrace.

Explore the beautiful city of Rome

This magical Italian capital is a traveler’s delight and has several famous landmarks to enthrall you. Visitors to Rome can soak in the beautiful architecture and travel back in time as the walk through the Piazzas. Couples, solo travelers and those traveling with family will enjoy a visit to the Colosseum. Throw a coin into the Trevi Fountain so that you can revisit Rome or simply sit back on the Spanish Steps and enjoy the goings-on! 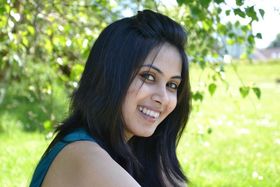