San Diego is a sparkling city that’s well known for its endless beaches, beautiful hikes and awesome shopping experiences. It’s also home to multiple attractions such as the San Diego Zoo, Balboa Park and Legoland. Many have come here for the sunshine and great food, while some have decided to explore the darker side of the city. Visit San Diego’s Old Town, or explore the city and check out some of the fun things to do for free. There are many haunted spots that have attracted the attention of paranormal investigators. The Whaley House, William Heath Davis’s House and Berkeley Steam Ferry Boat are some of the places to visit if you are hoping for a spooky encounter. For the daring ones, check out our list of haunted hotels in San Diego below. Forget haunted houses in San Diego, go straight to booking a few nights at these hotels and investigate for yourself whether the strange sightings that have been reported are real! Many paranormal sightings have been reported in this hotel that was built in 1910. It is said that Fannie Chaffee Grant, the wife of the hotel’s builder, died shortly after the hotel opened. Her husband then remarried and moved into the hotel with his new bride. Sightings of Fannie have been reported since then, and people who saw her said she was clad in an old-fashioned white dress. There were speculations that she was unhappy with her husband’s remarriage. Guests have also encountered other strange happenings in the hotel. People have seen things moving or disappearing and heard random footsteps. Stay a few nights at this hotel and investigate these strange happenings yourself. Perhaps you can help the staff uncover the mystery behind some of the unexplained sightings and noises.


The US Grant, a Luxury Collection Hotel, San Diego Do not walk into Room 309 unless you are here for a supernatural encounter. It is said that during the 1880s, a gambler by the name of Roger Whitaker was shot dead inside this room by his creditors. Since then, stranger things have happened in Room 309. People who stayed there felt their beds shaking in the middle of the night, saw flickering lights and things moving in the bathroom. There was no clear reason to explain these happenings except that Roger might be behind these spooky events. There are also other incidents where guests saw people dressed in 19th-century clothing, floating in the hotel. Stay at one of the haunted hotels in San Diego and discover for yourself whether these stories are real. Just minutes away from downtown San Diego, this hotel first opened its doors in 1888. It was the largest resort hotel in the world, then, and it welcomed famous guests, including Oprah Winfrey, Madonna and Brad Pitt.

Besides the glamorous stories, you also need to hear about the tales of Kate Morgan. She checked in to the hotel in the year 1892 to wait for her husband who never arrived. Four days later, she was found dead at the bottom of an outdoor staircase. Since then, there have been paranormal sightings of her inside the hotel and at the beach. She stayed in Room 3327 (previously Room 3312). You might want to avoid it or, if you are daring enough, book a night’s stay in this room. Have you ever seen someone who disappeared when you tried to approach them? A staff member once saw a couple, dressed in formal attire, in the hallway at night, who mysteriously disappeared after turning into a corner. A boy said he saw several small Abraham Lincoln’s and a woman in a white dress combing her hair. You might be asking: are these sightings a child’s imagination or are they for real? There have also been many reports regarding loud noises about rooms in the North Annex. Doors swinging for no reason, heavy footsteps, voices and more. Perhaps someone was throwing a party, perhaps it’s something else. No one knows for sure the reasons behinds these stories but perhaps you could check in and experience for yourself the truth. This historic landmark in the Old Town neighborhood has been visited by countless paranormal investigators. Built by Juan Bandini in the 19th century, it remains as one of the most haunted places to stay. Room 11 is reported to be the most haunted spot in the hotel - it is said that one of Bandini’s daughters is behind these strange occurrences inside the room. Mysterious cryings, sightings of a roaming cat, and moving objects have also been reported. Are you daring enough to venture into the hotel grounds? Do you dare to go into Room 11? You’ll have your own story to tell after spending a few nights here. Cosmopolitan in San Diego is haunted (allegedly), so it’s not a stay for the faint of heart!

Here’s to hoping that your curiosity has been piqued after reading this list of haunted hotels in San Diego, California. Instead of staying at the usual beach resorts and Airbnb tiny houses, why don’t you add a refreshing twist to your vacation? Stay in one or more of these hotels and discover for yourself whether the reported sightings are true. You will have your very own version to share after exploring the premises. 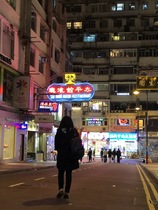 Winnie has been building castles in the sky. Besides that, she is a cinema fan and enjoys reading a good book that can trigger her thoughts. Exploring spaces, finding great food and unique spots...Read more
Want to contribute as a Local Expert?
Register Here
Hotels
Lowest Price Guarantee

Explore San Diego
Good things are meant to be shared!