The land-locked nation of Afghanistan is a prominent Islamic state in South Central Asia. The country has been inhabited since the ancient times and you will find really old monuments and structures here to prove this point. The diverse landscape and these amazing sites make Afghanistan an interesting destination to visit especially for history buffs. You will be stunned with the beauty of the architecture across the nation–a result of several rulers who made it their home and built structures as per their liking. This profound influence of the ruling dynasty is seen throughout the city. Out of a long and fairly surprising list of attractions, we have handpicked the top historical places in Afghanistan for your next trip. Dating back to as early as 330 BC is the jaw-dropping Citadel of Alexander in the heart of Herat Afghanistan. The Citadel of Herat was built by Alexander when he arrived with his army in Afghanistan after the Battle of Gaugamela. Later, various other empires used it as headquarters and remained so for 2,000 years during which it witnessed much destruction and subsequent rebuilding by the ruling dynasties. It was in 1976 that the UNESCO excavated and restored the citadel. In recent years several international organizations decided to completely rebuild it. Now it also houses the National Museum of Herat. Its historical significance makes it a not-to-be-missed place in Afghanistan. The major roundabout in the capital city of Kabul is called Massoud Circle. The circle is named after Ahmad Shah Massoud and lies close to the Embassy of the United States in Kabul. If you go further on the road, it will take you to Hamid Karzai International Airport. The circle is of immense cultural significance in Afghanistan and hence a must-visit place. In fact, when you arrive at this capital city, this is the first of the few attractions you will come across. The 6th-century Buddhas of Bamyan lie in the Hazarajat region of central Afghanistan. You will find monumental sized statues of Gautam Buddha, an Indian saint, carved in monolithic cliffs in the Bamyan valley at an elevation of 2,500 m (8,200 ft). The art represents the ancient art form of Gandhara school and is totally remarkable. The statues are built in sandstone cliffs although straw and stucco were also used. Like other monuments, the site witnessed destruction and renovation with time and new rulers in Afghanistan but never did it lose its cultural and tourism significance.

Located in Kandahar, Afghanistan is the holy Shrine of the Cloak. The shrine lies right next to the Kahandar mosque and one of the holiest sites in Islam. The building’s exteriors are of green marble from Lashkargah with tiled surfaces and beautiful gilded archways. The cloak is locked away inside the mosque and is rarely seen. Later the cloak was given to Amir Ahmad Shah Durrani in 1768 who is the founder of modern Afghanistan. Today, the site is a famous national landmark and attraction.

Shrine of the Cloak Qala e Bost translates to city of Bost. Bost was an ancient city in Southern Afghanistan housing the citadel, located about 10 km (6.2 mi) north of modern city Laschkar Gah. The ancient city of Bost, which was located on the eastern bank of the river Hilmend, was already settled in as early as 7th century BC under the Ghaznavids dynasty. The city lies in between Persia and India, and the strategic location made it famous for trade and commerce in the ancient world. Bost was a flourishing place for Islam back then and is now a unique and major attraction in the contemporary word. The National Museum of Afghanistan is famously known as the Kabul Museum. This two-storey building lies around 9 km (5.59 mi) southwest of the center of Kabul in Afghanistan. Since its formation, the museum has seen major developments to suit international standards and now has a garden, too. The museum earlier showcased around 100,000 items dating back to several millennia which was lost in history and now has around 8,000 artifacts recovered with the help of international organisations. Another major attraction in Afghanistan is Darul Aman Palace. The name translates to “Abode of Peace”. It is the ruins of the original palace located about 16 km (10 mi) southwest of Kabul. It sits directly across the Afghan Parliament and very close to the National Museum of Afghanistan and the American University of Afghanistan. The palace was constructed in the early 1920s by then-King Amandullah and was connected to the city of Kabul with a narrow railway line. Today, it is considered a prominent attraction in Afghanistan. If you visit Ghor province in Afghanistan, don’t forget to visit UNESCO World Heritage Site, the Minaret of Jam. Geographically, it lies in the Shahrak District, next to the Hari River. It is believed that in the ancient times, the muezzin called for the prayer from this tower. The minaret walls are decorated with alternating bands of kufic and naskhi calligraphy, geometric patterns, and verses from the Quran. The circular minaret rests on an octagonal base with two wooden balconies and also had a lantern. One of the most gorgeous places to visit in Afghanistan is the Gardens of Babur in Kabul. The site is also the resting place of resting of the first of Mughal rulers, Zahir-ud-din Muhammad Babur. Developed in 1528, the garden truly flaunts the Mughal style of architecture. The grandeur of the Mughal style of art and way of living are not hidden from the world now and the garden is just another necessity for the former king. The garden has the tomb of Babur and also a mosque which was built for prayers.

A different face of Afghanistan

The beauty and rich heritage of Afghanistan is reflected in these historic monuments. Believe it or not there are many other such historical places in Afghanistan that definitely deserve a visit. Explore this fascinating side of Afghanistan on your next trip here and remember to keep these spots in mind. 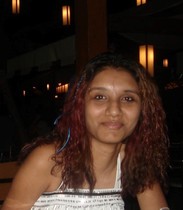 Hi. I am a traveller by passion and writer by profession and live my life my way.
Want to contribute as a Local Expert?
Register Here
Hotels
Lowest Price Guarantee