Things to do tours and acitivites islands South Africa

South Africa has 12 significant islands as well as other smaller isles. Most of these are protected by the state, owing to the endangered flora and fauna. Others, such as Robben Island, serve as historical sites to teach future generations of the country’s past. Nelson Mandela, South Africa’s freedom icon, served his sentence here together with other freedom fighters. Prince Edward Islands are a no-go zone because only researchers working on the site are allowed here. Also, in most of the small isles, tourists can only view the nesting seabirds from the comfort of a boat. Islands in South Africa are a birdwatcher’s haven. Penguins, cormorants, gulls, and petrels, you will get to see them all up close. Check out these top islands in South Africa.

Seal Island owes its name to the thousands of Cape fur seals occupying the landmass. The island occupies an area of 5 ac (2.0 ha) and is located 5.7 km (3.5 mi) off False Bay. Nothing grows on the island - its surface consists of granite with no soil to sustain plant life. Access to this island is by boat from Hout Bay. The tour takes about an hour, and while you are at it, be sure to carry a good camera and take photos of the scenic harbor and of course, the seals. The sea can get quite rough at times, so be prepared for the journey. St Croix Island lies in Algoa Bay, off Port Elizabeth. It occupies 29 ac (12 ha) of land and consists of rocky outcrops, with some standing as high as 53 m (174 ft). Hundreds of African penguin colonies breed in St Croix, which is now a sanctuary for these creatures. Boat charters take tourists to the group of islands, but landing restrictions only allow the vessels to get close. From such a vicinity, you can see the penguins and take photos as memorabilia or share with friends and family on social media. The best time to visit is between March and May during the peak breeding season. You will also spot different dolphin species swimming in groups. January to June are the best months for spotting dolphins. Marion Island is located at the southernmost tip of South Africa, 1,920 km (1,190 mi) to the south of Cape Town. The South African National Antarctic Programme has constructed permanent meteorological research stations on the island. Up to 12 researchers and technicians are on the island, where they reside for 14 months before being relieved. Besides meteorologists, other scientists at Marion research on plants, birds, and marine life. Southern elephant seals, fur seals, penguins, and albatross inhabit the island. It experiences harsh weather, rain, snow, low temperatures, and strong winds. The island is not open to tourists, and only those on the research team visit Marion Island to onboard a research vessel. Relief teams also sail here, but on rare occasions. Dyer Island is located off Kleinbaai Harbor. It is a natural reserve occupying an area of 49.4 ac (20 ha). The reserve is classified as an Important Bird Area, making it one of the 112 such sites found in South Africa and among the 1,250 in Africa. Endangered birds that breed on Dyer Island include the roseate tern, bank cormorant, and the African penguin. The bird reserve is also a breeding ground for cormorants, petrels, oystercatchers, and gulls. As it is a restricted area, members of the public are not allowed on the island. However, through a guided tour, you can sail and get close to Dyer Island. Malgas Island is a marine protected area in Saldanha Bay, about 800 m (2,624 ft) from mainland South Africa. It occupies a space measuring approximately 20.5 ac (8.3 ha) and is part of West Coast National Park. Most of its surface is flat while the island has a nearly rectangular shape. The highest point on the island is 9 m (29.5 ft) above the sea level. Adorning the surface are shallow soil patches, boulders, and smooth rock. Other elements include shell fragments, sand, and guano. Nesting Cape gannets, a seabird species, are the main occupants here. Amidst the gannet nests, you will find Cape and crowned cormorants. On the island’s periphery reside African penguins and gulls. Duiker Island lies off Hout Bay, Cape Town. Cape fur seals and other species of seabirds inhabit the island. The only way to get here is by boat that departs from Hout Bay Harbor. The boat cruise takes one hour. From the island, you head to the Karbonkelberg mountain range and then proceed to Maori Bay, an area notoriously famous for past shipwrecks. Alternatively, you can opt for a shorter version of the cruise - lasting about 40 minutes, which sails from Hout Bay Harbor and heads straight to Duiker Island before sailing along Chapman’s Peak. Bay Harbor Market and the dock are nearby attractions you can visit. If you love to surf, Dungeons is a famous spot located off the coast of Hout Bay. Dassen Island is an offshore island located 55 km (34 mi) north of Cape Town. The nearest town, Yzerfontein, is 9 km (6 mi) away. It occupies 675 ac (273 ha) of land and ranks second amongst the largest islands in South Africa. The island has a flat topography and is mainly sandy. However, few patches of bedrock exist while some sections have gigantic granite boulders scattered around. The island has a large population of wild rabbits as well as colonies of penguins, tortoises, and guinea fowl. Seabirds are the most significant inhabitants, and bird enthusiasts will enjoy identifying the species. The island is out of bounds to the public but you can view it using a pair of binoculars while on a boat cruise. Accommodation is available in Yzerfontein thanks to the presence of numerous cottages in the area. Prince Edward Island is the smaller of the two landmasses, namely Prince Edward and Marion Islands. It is located about 1,200 km (1,900 mi) from Port Elizabeth. Out of the two, Marion Island is the largest. It is protected by South African law, via a Special Nature Reserves declaration. This island sits on an active volcano that rises to a peak of 722 meters (2,370 feet), and the last volcanic eruption occurred in 2004. Prince Edward Island is barely habitable, owing to the harsh climate and heavy rains it experiences. The only human occupants are research teams stationed on the island. Bird Island is in Lambert’s Bay, South Africa, and covers 7.4 ac (3 ha) of land. Crowned cormorants and Cape gannets breed on this island. Cape gannets lay eggs and hatch in only six places in the world, and Bird Island is one of them. Access to the island is on foot, owing to the breakwater that connects it to the mainland. However, you cannot go to the site under rough sea conditions. Other seabirds exist, so your knowledge of birds will come in handy. The dances by gannets during mating season is a sight you don’t want to miss.

Robben Island almost requires no introduction. It is on this island that South Africa’s most celebrated freedom fighter, Nelson Mandela, was incarcerated. Getting to the island takes three to five hours via ferry. Upon disembarking, you will board a bus that takes visitors around all the historical sites. Along the way, you will come across a high-walled building with areas that lawyers and family members used during their visits to the prison. You will see the limestone quarry before coming to the Maximum Security Prison. Towards the end of the trip, you will be able to check out Nelson Mandela’s cell.

657 reviews
Oops, this activity is currently unavailable. Check out these alternative activities in the same location.

These top Islands in South Africa will leave you awe-struck, either from their scenic beauty or from the variety of bird species you’ll find here. Bring along your binoculars and camera to capture the rare moments. Also, before you sail to these destinations, ensure that you have eaten something to help prevent seasickness. Other than that, enjoy your time and appreciate the natural diversity. 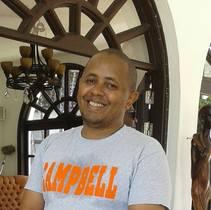 Nicholas Muiruri is a destinations writer with a love for adventure and the outdoors. Nature is his best friend, the more reason he has a cheerful and ougoing personality. Cycling, hiking, and...Read more
Want to contribute as a Local Expert?
Register Here
Hotels
Lowest Price Guarantee