Italy is noted as one of the most visited countries in the world. With its UNESCO World Heritage Sites, rich history, scenic spots, and quaint towns, it certainly gives you enough reasons to be amazed. However, the treasures of this charming country do not only stop there. Being home to world-famous artists, a visit to this country will enable you to see its preserved masterpieces such as paintings and sculptures. Moreover, this historic country introduces you to its scrumptious and flavorful cuisines that will certainly delight your taste buds. With so many things that this country has to offer, we’ve listed for you the top things Italy is famous for. As you take your time with these Italian attractions, make sure that you have a comfortable place to retreat to, so check out the top Vrbo rentals and yacht charters in the country too.

That’s right. These little tasty treats that we love originated right in Italy. Gelato is a type of frozen dessert that is lower in fat compared to, say, ice cream. The roots of gelato, at least how we know it now, are all thanks to Francesco Procopio dei Coltelli, an Italian chef in the late 17th century who introduced the dessert in his Paris cafe, Cafe Procope. Gelato did first earn popularity in Paris before the rest of Europe. The creation of gelato prompted the issuance of a royal license by King Louis XIV to Procopio.

Perhaps two of the biggest names in the industry of luxury sports cars are Lamborghini and Maserati. Both just happen to be Italian brands. Owned by Volkswagen Group through Audi, Lamborghini’s headquarters is based in Sant’Agata Bolognese and was founded by Ferruccio Lamborghini in 1963. Maserati, on the other hand, is headquartered in Modena and was established by the Maserati brothers—Alfieri, Bindo, Carlo, Ettore, and Ernesto, who were all automotive engineers in the early 20th century. The company is currently owned by Stellantis.

Those quirky scooters that we often see roaming the quaint streets of Italy are probably Vespas. Vespa is an Italian scooter brand that means “wasp.” It was founded in April 1946 in Florence, Tuscany, just after World War II. Italy’s destroyed state after the war was not the right period for reviving the automobile industry. Italian industrialist Enrico Piaggio left his career in the aeronautical field to focus on creating a cheaper and more affordable manner of transportation for the people, eventually coming up with Vespa.

Perhaps one of the biggest names in history is Christopher Columbus. Columbus was an explorer from Genoa who was responsible for the discovery of the Americas for Europe, including the Caribbean Islands. His other voyages include the exploration of the Lesser Antilles in 1493, the northern part of South America in 1498, and the eastern part of Central America in 1502. He was highly revered after his death and even a few centuries after, but scholars of more modern times have provided awareness to the misdoings under his reign, such as the enslavement of Hispaniola’s indigenous Taino people.

Without a doubt, Amalfi Coast is one of the most breathtaking sights to feast your eyes on in Italy. It is a 31-mile-long (50-kilometer) coastline located on the southern part of the Sorrentine Peninsula. It is an extremely popular destination for holiday-goers and is even a highly-regarded honeymoon destination. The entirety of the Amalfi Coast was established as a UNESCO World Heritage Site in 1997. This Italian landmark is one of the largest cultivators of lemon and is well-known for its production of limoncello liqueur.

What is Italy known for that most travelers will recognize? The famous Canal Grande or “Canalasso”, as called by the Venetian locals, is approximately 3.8 km long (2.36 miles). It splits Venice into two sides and links to smaller canals around the city. This important canal serves as the major public highway in Venice. Passing through it are private water taxis, vaporetto, and gondolas. If you want to experience the traditional and romantic way of sailing around it, you can ride on a gondola. However, if you want to see the full length of the canal, and its surrounding historic architectures without having larger vessels blocking the view, then you can ride the vaporetto.

The Vatican is the smallest state in Europe and the world’s smallest independent country. Although it is situated within the city of Rome, it was declared independent from the rest of Italy. It is ruled by the Pope with many priests and nuns of different nationalities residing in it. Being the headquarters of the Roman Catholic Church, many tourists from around the world visit it. While some are visiting for religious reasons, others explore it to see artistic and architectural heritage. Popular sights to see here include St. Peter’s Basilica, Sistine Chapel, Vatican Palace, St. Peter’s Square, and Vatican Museums.

Nestled in Rome is the famous Colosseum was built in 72 A.D and 80 A.D. It was originally named Flavian Amphitheatre as it was constructed under Emperor Vespasian who came from the Flavia family. It was considered as the largest amphitheater and could accommodate approximately 50,000 spectators. It used to have 80 entrances and measures 50m (164 ft) in height, 189m (620 ft) in length, and 156m (511.8 ft) in width. At present, parts of the Colosseum have been destroyed due to earthquakes, fire, and other chaotic events. However, it remained to be a famed sight in Italy.

Trevi Fountain got its name due to its location. Being situated at the junction of three roads it was called Fontana de Trevi which translates to three street fountains. In ancient times, a fountain was already situated in its location. In 1629 it was designed to reach its current form and in 1762 it achieved its final look. Measuring 20m (65.6 ft) wide, and 26m (85.3 ft) high, Trevi fountain is the largest fountain in the city. Customarily, people visiting it toss coins into its waters, trying to test the myth that if you throw a coin, you will return to Rome. At daylight, it teems with people with vendors selling flowers. If you want to avoid the crowd, you can visit at night when it is warmly lit up.

Tuscany is known as a wine-producing region in Italy. It is indeed a great destination for wine enthusiasts. Some of the oldest vineyards that can be found here include those that have been around since the Middle Ages. With plenty of vineyards, wine tours are offered where visitors can see the process of winemaking, walk the expansive vineyards, and enjoy wine tasting. Some of the vineyards that you can visit here include Chianti Classico, Vernaccia di San Gimignano, Brunello di Montalcino, Nobile di Montepulciano, and Morellino di Scansano. Aside from vineyards, taking a road trip here will also allow you to see modern wineries and castles.

What is Italy most known for if not its spectacular cuisine? Traditional Italian food is widely recognized around the world due to its ingredients and method of preparation. It is known for using tomatoes, cheese, olive oil, meat, and other fresh seasonal produce. You can find restaurants and home cooks preparing their meals using treasured original recipes that have been passed down from generations. Some of the widely known Italian food are pizza, spaghetti, lasagna, pesto, carbonara, and risotto. For dessert, you can bank on the delectable truffles, tiramisu, and gelato.

Milan Fashion Week is an event that showcases Italian fashion and promotes Italian designers and talents. It is held twice a year which is presented in the outdoors or historic venues of Milan. This event started was initiated in 1958 and has only gained popularity over the years. Personalities who are known in the fashion industry from different parts of the world visit Milan to see the latest collection of world-famous designers. Although individuals who can only attend the event are ones who are invited, while other fashion enthusiasts can stay outside the venue to join any activity that is open to the public.

Italy is rich in culture and arts. It is home to famous artists such as Michelangelo, Leonardo da Vinci, Sandro Botticelli, and many more. The globally recognized masterpieces of these famed artists can still be seen in some museums and galleries in Italy. Some of these artworks include Michaelangelo’s David, which can be found in Galleria dell’Accademia in Florence, and Sistine Chapel ceiling which can be seen at Vatican Museum. Meanwhile, Leonardo da Vinci’s Last Supper is located in Santa Maria Delle Grazie in Milan.

Football is the national sport of Italy. As Italians take this game seriously, locals get together at home to watch games while feasting on food. Meanwhile, restaurants also set up screens for those who want to watch it with other football fanatics. It is common to see here passionate bigger groups cheering together for their team. Football tours are also created to enable people from other countries to watch football games.

Another thing Italy is known for is the Tower of Pisa or Torre Pendente di Pisa in Italia. This landmark is nestled next to the Cathedral of Pisa. Construction of this tower with Romanesque-style architecture began in 1173 and was finished in 1399. Its original height was 60m (196.9 ft) with 251 steps stairs. Its slanting position was due to foundational instability caused by the soft grounds of the city’s river. The medieval architecture is open to visitors and can be climbed to see its seven bells, although you need to book a ticket in advance.

Discover Italy and its wonders

Let this destination amuse you with its sites and masterpieces that you can only see in books. Not only will you find yourself awestruck but also feel delighted to discover other hidden surprises that this beautiful country has for you. 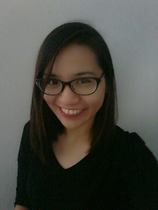 Kaycie is a content writer that specializes in the travel industry. She writes regular blogs and articles for various websites. She is into local tourism and slow travel.
Want to contribute as a Local Expert?
Register Here
Hotels
Lowest Price Guarantee