12 Best Non-Touristy Things To Do In Melbourne, Australia - Updated 2021

Melbourne is a tourist magnet that boasts of visitors from all corners of the world. Most holidaymakers are always in search for the next site of attraction that will draw them with its allure, like a pack of bees, while on the other side of the divide, travel snobs who will not trade their solitude for anything in the world want to explore some non-touristy places in the region. If you find yourself in the latter group, there is good news for you. You can have some fun time, away from the boisterous crowd and busy tourist hotspots. These are some of the best non-touristy things to do when in Melbourne.

No doubts, checking out the Graffiti Galore ranks high on the list of the best non-touristy things to do when in Melbourne. The Rose Street Market buzzes with visitors who are out to seek a common goal - appreciate the beauty of arts. It is in this region that the top-ranking art and design connoisseurs converge. Rose Street is the home of enchanting street art not just in Melbourne, but in the world. Looking for a picture-perfect spot for your next Instagram-worthy photo? Take a peek at the parking garage, and you will be enthralled by the sheer beauty a garage that is adorned with murals.

Take a wander down Aisle B where you’ll find Market Import. A bright, enchanting stall filled with gifts from around the globe, largely hand made in Mexico, Italy and Madagascar.

Now that the outcry for the ban of processed foods has reached an all-time high, it is crucial to go for fresh food options, even when you’re a visitor in a place like Melbourne. It is no news that South Melbourne Market is your go-to spot for everything fresh-food related. You can get meat, baked products, fruits, vegetables, juices and even some of your pet’s food at this vast market. This revered Australian Market has been in existence for over a century, and we see why it can’t become extinct - it feeds locals and visitors who call Melbourne “home”, at some point in their lives. For your best farm-fresh produce, hit the street stalls at South Melbourne Market.

Not everyone can handle the blood-curdling and mind-boggling reactions that can emanate when they go on a ghost tour. However, if you are an adrenaline junkie who loves the paranormal, visit the Haunted Bookshop in Melbourne. The journey through the bookshop has been lauded for being the oldest in Melbourne, and the haunted tours kick off at 8 pm on Saturdays. The creepy bookhouse is the one-stop spot for visitors who need to catch a thrill during witching hours. If you must visit this bookshop of horror, watch out for anything that can cause your spine to tingle.

Designer Retreat in the Heart of Mebourne

Spacious CBD Apartment Right in the Heart of Melbourne

“The Loft” Luxury in the Heart of Melbourne

If you want to know what goes down underneath Melbourne, the Melbourne Storm Tunnels is a perfect spot to start. Do not worry, the tunnel is a light years apart from the city’s sewer system, so be rest assured that you will stay clean and dry while you are on this high-octane adventure. The Melbourne storm tunnels feature waterfalls, chambers, brick tubes and concretes. However, it is advisable that you apply a topical, skin-friendly insecticide before you embark on the journey to ward off attacks by the insects in the tunnel. Battling claustrophobia? Try something else.

5. Look at the fruit bats at Yarra Bend Park It is not uncommon to have sightings of the flying fox bird in Melbourne, all you have to do is take a trip to Yarra Bend Park to see these fruits bats. These bats which roost in tens of thousands, swarming in at dawn to the banks of the Yarra River, and disappearing for the night. These terrific sky creatures are welcomed with mixed feelings- fear and love. These swarm of bats is believed to have migrated from the city’s Royal Botanic Gardens in search of freedom and more space.

The Victoria Police Museum in Melbourne is like a Pandora’s Box of surprises. It is home to the most fabulous collection of Kelly Gang armor, Constable Thomas McIntyre’s manuscript, old photographs, transport equipment and other artifacts which can be traced back to the beginning of the 19th century. The Police Museum also houses some forensic information from some chief crime cases in the country. Some of these crime cases include; cartridges and shotgun used during the Walsh St Police murders. Perched on the Fitzroy region of Melbourne is the mystical Fairies Tree which is one of few kid-friendly places in Melbourne. Ola Cohn’s Fairies Tree as the tree is fondly called features beautiful carvings on a Red Gum tree that is over three centuries old. Legend has it that the eponymous tree (which was later named after the late Miss Cohn who tended to it), was specially carved for elves, dwarfs, jackals, gnomes, and of course fairies. The renowned Princess Theatre in Melbourne is home to a poltergeist. The Princess Theatre has been functional since 1854, and hosts its dwelling ghost; the phantom of Fredrick Federici who has been a frequent visitor in the theatre for almost 150 years. Fredrick Federici was reported to have died from a heart attack while filming a death scene in 1888 - perfect timing you might say. The crew members who had no idea that their colleague had passed, were shocked when they were later informed of Frederick’s demise because they were all certain they saw Fredrick take a bow with the other members of the cast. If you wish to see this resident, visit the theatre, and see for yourself.

If you shy away from the sites of bats at the banks of the Yarra River, you can do something more fun on its seascape- kayaking! Kayaking is an adventurous way to see the main iconic landmarks of Melbourne from a unique sea-level perspective. All you have to do is to get on a kayak, and raft away!

If you live for some mind-blowing magic and hair-raising illusion, you will be swept off your feet by the Magic Shows held in Melbourne. The unique factor about the Melbourne Magic Show is that it fuses opulence and astonishment to intrigue and entertain spectators. The magic show is frequently carried out by magician extraordinaire; Luke Hockings in an idyll and serene environment. Life is magical, visit a magic show in Melbourne and see how much truth the statement holds.

11. Learn about the interesting history of Coop's Shot Tower Learn about the interesting history of Coop's Shot Tower

12. Spend the day with kids at Museums Victoria's Scienceworks Source: Photo by user Adam Selwood used under CC BY 2.0

Travelers who come to Melbourne and have family and young kids with them can spend a wonderful day at one of Melbourne’s more family-friendly attractions. Science works, located at Booker Street, is a series of cultural and scientific exhibitions administered byMuseums Victoria. It’s an interactive and educational space where travelers and tourists, especially children can engage and learn more about the kind of science that meets the eye. There is a fascinating feat called the Planetarium Nights where visitors can bask at the gorgeous astronomical display of the night sky. It boasts a 52.49 feet (16 m) dome ceiling, as well as reclining seats and a surround sound system for those to truly bask in the majesty of the milky way via video projection. Book your tickets online and make sure to get your kid a fun-filled day of learning and fun at the same time.

Spend the day with kids at Museums Victoria's Scienceworks

Indulge in some unique adventure

For visitors who are looking to break away from the norm, these are some of the best non-touristy places to visit in Melbourne. Make it a date with any of the sites, or if you are in for some crazy adventure, you can visit all of them! 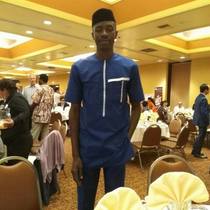 Explore Melbourne
Good things are meant to be shared!