Center of the Roman Empire, and of the Catholic world, in the present, Rome is an imperial city, that for hundreds of years has ordered and built and hasn’t ceased to amaze visitors. Stepping on ancient footprints, listening to the whispers of centuries, but also feeling the contemporary air and savoring authentic Italian dishes – these and what not are to be experienced in Rome. So many worlds in a centro storico pulsating with people: prehistoric, Etruscan, classical, Renaissance, Baroque, modern artefacts, artworks and architecture are visible at every corner of Rome. You don’t have to go into galleries to see art, because it is surrounding you, like an open-air museum. Colosseum, Fontana di Trevi, Pantheon, Roman Forum, can’t and shouldn’t be avoided, as well as other impressive historical monuments that are simply breathtaking or at least remarkable. But there are also lesser-known vestiges of the past and places imbued with Rome’s spirit, which are worthy of your attention. Source: Photo by user Ben Cremin used under CC BY 2.0

The archaeological site of Ostia Antica is close to Rome, built on the ruins of an Etruscan town. It was Rome’s port. Here you can get a sense of what was like to live in those ancient times. Capitolium is where the gods Minerva and Jupiter were worshipped.

To relax after visiting monuments, stroll on Lungotevere, the stretch of an alley, alongside the river Tiber. From here, you have a splendid view of Basilica St. Peter. You can cross to the other side of the Tiber, on Ponte Sant´Angelo, built in 136 and decorated with Bernini´s angel sculptures, centuries later. Castel Sant´Angelo, the circular mausoleum, was built for emperor Hadrian and was fortified by Aurelius. The views are quite romantic by night.

Take a walk in one of Rome’s picturesque gardens, Villa Borghese. In the middle of the garden is Galleria Borghese, which hosts a collection of paintings by Raphael, Botticelli or Caravaggio and magnificent sculptures by Bernini. Basilica di San Pietro is beautiful indeed. But visit also Santa Maria sopra Minerva. The Dominican basilica is close to the Pantheon and it is one of the rare Gothic religious monuments in Rome. The interior, with an intense blue vault, might give you a sudden feeling of devoutness, whether you are a believer or not. Here you can find Michelangelo’s sculpture Christ the Redeemer.

Nevertheless, Rome has a contemporary vibe, given by those fashionable boutiques and chic cafes that take over old charming piazzas. Ostiense district once a place of factories is now one of cultural events, start-ups and local foods.

For gourmets, Rome is an ideal place to eat. Both traditional trattoria and international fusion cuisine await you to satisfy your hunger and curiosity. A sip or two of limoncello or a glass of local white wine, Frascati, will be just perfect for a mellow afternoon. In-between walks stop for an ice cream from an artisanal gelateria. If you stay outside the city, on the road, while waiting in long queues of traffic, look on the window and think of Rome.

Discovering worlds and yourself in Rome Travelling offers you the thrill of discovering worlds and yourself that maybe only people and books can offer. Veni, vidi, vici (I came, I saw, I conquered) seems to be also the tourists motto. But, oh, you should reserve a small space for being conquered, too. If you can immerse yourself in the atmosphere of the place, talk to strangers or just watch the people around you, these might offer a different ponto de vista (point of view) on Rome.

We can look at the same thing, but see it differently. By all means, make your own map, in your own way. To prepare for your visit, read Goethe’s Italian Journeys or Rome Tales, written by various authors, or watch a few films like: Pasolini’s Mamma Roma, Fellini’s Fellini’s Roma, Sica’s Bicycle thieves or, the more recent, Sorrentino’s La Grande Bellezza. 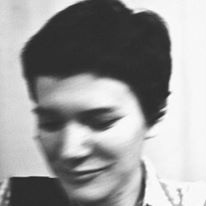 I write about travel, sometimes. I appreciate a good story. The atmosphere and culture of a place, people fascinate me.
Want to contribute as a Local Expert?
Register Here
Hotels
Lowest Price Guarantee