10 Best RV & Campervan Rentals For Coachella: Where To Rent & Where To Camp - Updated 2021

Coachella is a valley located in the state of California. Today, the valley is known for two things. First, it is known for the succulent grapefruit that grows here. But more importantly, the area is known for the annual Coachella Valley Music and Arts Festival. This music and arts festival is only 20 years old but has attracted millions of visitors worldwide. Since its beginnings in 1999, it has become one of the world’s largest and most prominent music festivals. Established and up-and-coming artists come to Coachella to stage their acts in front of audiences every year. Besides that, there are numerous art installations as well for art lovers. Those who wanted to enjoy the three-week festival must camp out in the area to make the most of it. Luckily, numerous RV rentals exist for Coachella in nearby areas. Read this list for the best RV and campervan rentals for Coachella. Indio is a city within Riverside County in California. The name of the city is derived from the Spanish word for Indian. It was meant to be called Indian Wells, but many towns and cities exist nearby with the same name. Indio was also formerly referred to as the Hub of the Valley. Later on, it gained the nickname “The City of Festivals”. The nickname was given due to the numerous events and festivals conducted annually in this city. Famous festivals include Riverside County Fair and National Date Festival, as well as the Coachella Valley Music and Arts Festival. As a matter of fact, this city is the birthplace of the arts and music festival, with the first event being conducted at Empire Polo Club. For campers, RV parks and campsites in Indio include Shadow Hills RV Resort and Indian Wells RV Resort. Another splendid option for those looking to camp in Coachella is Palm Desert, California. This upscale city is a popular choice for “snowbirds” — groups of people who migrate from the northern parts of the US to southern states during the winter. The city also attracts people who want to enjoy the best of what California has to offer. After all, it is the retail and cultural center of the desert communities. Most of the upscale retail stores and shopping destinations can be found here. Those who want to snag some vintage or trendy finds before hitting the Coachella Valley Music and Arts Festival should look no further than Palm Desert. Campgrounds nearby include Lake Cahuilla Veterans Regional Park, Emerald Desert RV Resort, and many more. Straddling along the border of Palm Desert is this census-designated place in Southern California. Thousand Palms is a small community in California that is located in close proximity to Indio, the host city for Coachella Valley Music and Arts Festival. While there’s not much to see in Thousand Palms, it still remains an attractive option for Coachella campers who wanted to be as near as possible to Indio. Nature lovers are in for a treat when they camp at Thousand Palms. Coachella Valley Preserve – Thousand Palms Oasis is a 17,000-acre (6,880-hectare) oasis in the desert that is home to the endemic fringe-toed lizard. Anyone can hike the trails at this preserve for free before visiting the rest of the attractions in Coachella Valley. Numerous RV campgrounds also exist within the area.

Just north of Palm Desert is this upscale Californian city. Palm Springs is the city to visit for Coachella tourists who want to immerse themselves in chic boutique shops and modern mid-century architecture. There’s a lot to see and things to do in this place. After all, it is a prominent location for retirees and snowbirds who migrate to the city from November to March. Numerous hotels, restaurants, and attractions including Palm Springs Aerial Tramway and Ace Hotel cater to tourists and visitors. There are also several campgrounds in the area including Happy Traveler RV Park, Palm Springs Oasis RV Resort, and many more. San Bernardino is California’s 17th-largest city. It is also one of the most notable cities in the whole state. While it is a bit far from Coachella, there are still a lot of attractions to visit here before heading out to the valley. Some of the attractions that tourists can visit include Fox Theater and McDonald’s Museum. As a matter of fact, the city is home to the world’s first McDonald’s outlet. For nature lovers, there are the San Bernardino Mountains located to the north. Coachella Valley is easily accessible and it is only 70 miles (112 kilometers) to the south. Campgrounds within and near the city are also plentiful. The city of Anaheim, California opens its doors to adventure lovers with its primary attraction, California Disneyland. Those going to Coachella to attend the annual Coachella Valley Music and Arts Festival should make a run to the city first before anything else. Because aside from Disneyland, numerous resorts and retail shops abound in the area too. Plus, there’s the Anaheim Packing District, Yorba Regional Park, and Angel Stadium. RV campgrounds in the area include Anaheim RV Park, Anaheim Harbor RV Park, and more. Campers can reach Coachella Valley by driving non-stop for almost two hours. Animal lovers may be familiar with San Diego Zoo. This is one of the most prestigious zoos in the world and it is located in San Diego itself. As for the city, it is referred to as “the birthplace of California” since the Europeans first settled here. This city is now a major urban area in the whole of California, with its economy driven by manufacturing and tourism. Coachella campers will have a blast visiting the harbor of San Diego and its golden-colored beaches. They can also visit USS Midway, a floating museum by the US Navy. The city has an array of RV campgrounds within its borders and the notable ones include San Diego RV Resort, Santa Fe Park RV Resort, and Mission Bay RV Resort. Los Angeles is often associated with Hollywood. This world-famous city is home to the star-studded Hollywood neighborhood where they can see their favorite celebrities and production studios. It is also home to the historic Griffith Observatory where tourists can see the whole city from afar. As a major city in North America, tourists can expect to see a lot of attractions here. Before heading out to Coachella, they can visit La Brea Tar Pits, shop in The Grove, or live the high life in Sunset Boulevard. At night, they can park their RVs and camp out in Hollywood RV Park, Malibu Beach RV Park, and many more. The farthest option on this list is Las Vegas, Nevada. It is almost a four-hour drive to Coachella Valley. However, campers still have reasons to camp in Las Vegas instead. The city is home to several entertainment options. Those who love to try their luck should take a spin in one of the city’s casinos. Before heading out, campers can satisfy their appetite with mouthwatering delicacies in one of the city’s buffet spots. Las Vegas is a great stopover for a truly entertaining weekend. Camping sites abound in the city as well. Coachella, California is known as the “City of Eternal Sunshine”. It is the state’s fastest-growing city. The famous Coachella Valley Music and Arts Festival is the pride of the city. However, it is not held within the city itself. It is held in its neighbor city to the north: Indio. But that doesn’t mean that Coachella has nothing to offer its guests. The city is fast evolving so tourists can expect bustling and lively art, music, and food scenes when they visit here. Plus, its proximity to Indio makes it an attractive camping option for those with RVs. They can park their vehicles for the night in one of these sites: Coachella Mobile Homes Park, Adobe Court Trailer Park, and more.

Head out to Coachella in an RV

RV campers will find it easy to camp out near Coachella due to a variety of campgrounds within the area. Those attending the world-renowned Coachella Valley Music and Arts Festival should consider renting an RV to make the most out of their time and visit. This article summarizes some of the best RV rental options for Coachella. 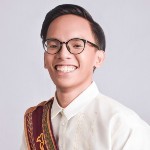 Kenrick Buduan loves writing. He writes about various stuff, focusing mostly on analysis of society and technology. He contributes to various news platforms too. As a writer, he yearns to travel...Read more
Want to contribute as a Local Expert?
Register Here
Hotels
Lowest Price Guarantee

Explore Coachella
Good things are meant to be shared!