Having served as the previous capital of Japan and the former residence of the Imperial family, Kyoto is a constant marvel of nostalgic stories. With more than 100,000 shrines in the nation, the city’s shrines alone are the embodiment of Kyoto’s rich history and culture. However, before you pride yourself in knowing the best shrines around (with familiar names like Fushimi Inari Shrine), delve deeper than the tourist attractions and find yourself in a shrine as immersive as it is beautiful. We made it easier for you with a list of Kyoto’s top 5 photogenic shrines, guaranteed to satisfy your appetite for the city’s tranquility. Source: Photo by Flickr user elminium used under CC BY 2.0

With a history of more than 1000 years, the Kitano Tenmangu Shrine is Japan’s national treasure. Built in honour of Sugawara no Michizane – a scholar and politician who was unfairly exiled by his political rivals, the deity is reputed for being the “god of academics” and is popular with students who come to pray for their studies.

Apart from Kitano Tenmangu’s historical importance of being the very first shrine in Japan where an actual person was enshrined as a deity, the shrine is famed for its beautiful plum and maple tree gardens.

With an entire grove of nearly 2000 trees that bloom from February to March, Kitano Tenmangu is a crowd favourite when it comes to viewing plum trees and Kyoto’s autumn colours. Experience the love Michizane had for plum trees as you saunter through the rosy-pink ume blossoms.

Come autumn, the Momiji-en (autumn maple garden) douses you with an impeccable view of maple-tree-lined rivers coloured by the rich hues of the season. Stay till evening and watch the magic of the lights bring the garth to life. Built in 1895 to commemorate the 1100th anniversary of Kyoto’s founding as the capital of Japan, Heian Jingu Shrine is a smaller reproduction of the original Heian Palace – previously home to the early emperors of Kyoto.

The vermillion torri (shrine gate) will likely be the first thing to capture your attention with its humongous height of 25 metres (82 feet). One of the largest in Japan, the shrine gate dominates the entire Okazaki-koen Park area and diffuses a couth energy.

Past Heian Jingu’s remarkable first impression, the shrine is venerated as one of the nation’s best cherry blossom viewing spots. From the tree-lined-lakes to the abundance of weeping cherry trees in the garth, the adulated white and pink shades saturate the entire shrine.

Typically flowering later than the rest of Japan’s cherry blossoms, this destination relieves your disappointment if you have missed the earlier blooms. Take the chance to make yourself comfortable in one of the little tea huts and pamper yourself with the scenic view.

The shrine even hosts a classical music concert known as the “Benishidare Concert” when the cherry trees are at its blooming peak. So get ready to soak in the atmosphere of the shrine and be completely serenaded by classical tunes and gorgeous blooms. Yasaka Shrine, also known as Gion Shrine, is one of the most famous shrines in Kyoto. This crowd-pleaser is conveniently located between the popular Gion District and Higashiyama District, making it a traveller’s oasis.

Rife with the energy of visitors during festivals such as the Gion Matsuri and the cherry blossoms season, choose to visit in the evening instead and take a languid stroll in the shrine’s compounds. Standing in front of the main hall is a dance stage where hundreds of lanterns are lit every night.

The rows of cantaloupe-illuminated lanterns are spellbinding enough to make you hold your breath and bask in the ambience of the shrine. First founded in 678, Kamigamo Shrine is the oldest shrine in Kyoto where the beautiful surrounding landscapes are befitting of the shrine’s quaintness. Located at the foot of a mountain and adjacent to the Tadasu no Mori Forest and Kamo River, the Shinto Sanctuary is indeed a marvellous blend of history and nature.

Among the vermillion-coloured gates and commodious grounds, immerse yourself in the shrine’s elemental aura and come across intriguing attractions like the famous sand cones.

Standing in front of the enshrined deity, Kamo-no-Wake-Ikazuchi-no-Mikoto, the two sand cones have been made ritually since ancient times and are said to represent the sacred mountains near the shrine, and provide a purification function for Kamigamo.

Simple things like the area behind the second shrine gate may also go unnoticed. Considered a sacred ground where the deities of the shrine touched the earth, the white gravel which floors the space has actually been meticulously selected by monks.

Knowing that the most sacred area of the main shrine is only open to the public once a year during the Japanese New Year may be disappointing news but it is the same unrelenting guarding of the shrine that preserves its intrinsic nature. Shaped with the maturity of time, Kamigamo Shrine will truly privilege you with a bona fide experience. The former residence of Japan’s Imperial Family, the palace grounds are now a park in the centre of Kyoto. Encompassing a few attractions, the Kyoto Imperial Palace is also home to Shimo Goryo Shrine.

Even Emperor Reigen stopped by in his carriage to pray at the shrine twice in 1808 and 1813. And it is the same allure that brings us to the shrine’s humble entrance.

With a corner of flowering red plum blossoms and a canopy of pine trees, Shimo Goryo Shrine is a simple stunner. The picturesque garden is even more so when bathed with the evening’s light. Try the shrine’s refreshing well water and treat yourself to an intimate experience in the shrine, unhurried by crowds of people or the rushing time.

If you’re looking to visit more shrines in the area, fret not for Nashinoki Shrine and a small branch shrine of Itsukushima Shrine are found on the Palace grounds as well.

Immerse yourself in Kyoto’s peace

A visit to Kyoto’s shrines is rewarding in many ways. While you find repose in the serene shrines and scenic views, be reminded of the simple peace life can always give. 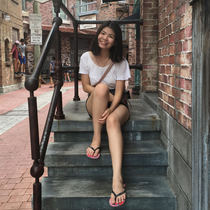 Megan is an ardent writer, eater and sleeper. Studying communication studies at Nanyang Technological University, she is rewarded with learning every day in school and at work. She believes...Read more
Want to contribute as a Local Expert?
Register Here
Hotels
Lowest Price Guarantee

Explore kyoto
Good things are meant to be shared!