Things to do temples and shrines Japan > Osaka (prefecture) > Osaka

Most Beautiful Temple and Shrines In Osaka, Japan

Just like the capital city of Tokyo, Osaka is also a significant city in Japan, and it’s a haven for travelers, seeking pure Japanese charm. This beautiful place set on the Honshu islands might not be as traditional as other locations like Kyoto and Nara, but it’s an ideal place to learn about the rich Japanese culture. There are lots of holy sites in this place, too, although the majority of them have been destroyed and rebuilt a lot of time, especially during and after WWII. The city is home to magnificent temples and shrines, which, aside from being worship and festival grounds, provide a glimpse of the old religious ways and culture of the country. Discover old charms as you bask in the beauty of these most beautiful temples and shrines in Osaka, Japan. Although Isshin-Ji, established in the 12th century, is steeped in history, everything but its legacy was left after Osaka was destroyed at the tail-end of WWII. However, it would not be like any other temple you will find in the city, even from its gates. The entrance is built with concrete and steel, with beautifully designed modern touches. The magnificent temple building is often crowded but mostly by worshippers. Look out for the outcomes of the Okotsu Butsu tradition - six tall Buddha figures. This practice originated in the Edo period, where the ashes of the cremated bodies, brought by worshippers was used to erect the deity sculptures - at least 200,000 individuals ashes and bones each.

This beautiful shrine was founded in 600 by Prince Shotoku in honor of Ebessan, the god of commercial prosperity and business. A week after the Japanese festival, yearly, more than a million people flock into this place to watch the incredible parade procession, party, pray and even purchase and furnish bamboo branches with lucky charm to seek success. Aside from the period of the festival, this place is quite ideal for enjoying pure tranquility, carefully admiring the breathtaking buildings. Set behind the bustling Dotonbori, on an island is this beautiful temple, highlighting the moss-covered Mizukakefudo, which depicts Fudo Myoo - one of the Five Wisdom Kings of Buddhism. Surviving the destruction of Osaka during WWII is one of the reasons the worshippers honor the statue as they do, by slowly tossing water on it. The site was established back in 1637, and it’s a wonder to behold, and an escape from the bustle of the city. Also, do not skip stopping by the Hozen-ji Yokocho before leaving the area to get a feel of the old Osaka and savor some tasty local foods and drinks in the street-lined restaurants and bars. Having been relocated after the Ishiyama battle in 1580 and mostly destroyed during WWII, this place still holds charming and modern appeal. This spot is dedicated to Tarushima-no-kami and Ikushima-no-kami, called the Shinto deities, and it’s also the grounds for four festivals held yearly. The most popular of the four ceremonies is the Hikohachi festival held every September and featuring storytelling and enjoyable activities for the kids. You will love the intricate concrete-built shrine, roofed with copper, and the impressive pavilions with three gables, all packed under one roof. Sumiyoshi-Taisha is considered superior to the other 2,300 Sumiyoshi shrines in Japan and an essential chore in this city. It features a uniquely Japanese architectural design, dating back more than 1,800 years - before the arrival of Buddhism. Around two million people crowd this place during the Japanese new year, with some of the main draws being the Hattatsu Mairi and the Taiko-Bashi. Admire the old sumiyoshi-zukuri architectural design at work in the four halls, horizontal supports, and roofs of this stunning, ancient shrine. After Sugawara Michizane was exiled from the Imperial court in Kyoto in 901, during the Heian era, he stopped at this shrine. He wrote an intriguing, short poem, after which the name: Tsuyu Tenjinsha was coined. However, the sanctuary actually dates back to over 1,300 years, and today, it’s dedicated to the double love suicide that took place at the spot in 1703. Young women purchase the face-shaped ema plaques, write a prayer on it asking for personal beauty, and usually hang it on the main building. There is also a special section dedicated to the two lovers. Its located within Ohatsu-Tenjindori Shotengai in Umeda giving you access to affordable diners, bars, and shops. Osaka Tenmangū is another important Shinto shrine, steeped in beauty and history - dating back to over a millennium. This place has been destroyed and rebuilt many times throughout history. And even during its reconstruction in 1845, the main hall and the gate were made to their original specification, and they are appealing to the eyes. The shrine is dedicated to the Shinto god of education and arts - Sugawara Michizane, and even today, worshippers offer blessings at the altar to increase their learning strength. It is also the ground for one of the most popular festivals in the country - Tenjin Matsuri, and you can check out the 1.2-mile (2-kilometer) Tenjinbashi-suji Shopping Street, arguably the longest shopping arcade in Japan. The Shitennoji Temple, established in 593 by Prince Shotoku, is the oldest and one of the most important Buddhist places of worship in the country. Just like many other temples and shrines in Osaka, this sanctuary has been destroyed and rebuilt several times, with the recent renovation being in 1963. It’s dedicated to Shitteno, the four heavenly kings, and you can see their statues, placed in the four directions of the temple. From the five-story temple to the Gokuraku-Jodo, a garden depicting the Buddist paradise, the turtle pond, and the golden building that serves as the Prince Shotoku shrine, this place is a must-see. Set in Osaka Castle Park close to Sakura-mon Gate is the incredible Hokoku Shrine, which highlights its beautiful garden that displays untamed beauty, especially in the spring season. This sanctuary is dedicated to the deities of success and love - Hidenaga, Hideyori, and in honor of Toyotomi Hideyoshi, who rose from a common man to a ruler. It is one of the main reasons why people flock this place. Worshippers and visitors purchase sennari-hyotan amulet, ema wishing tags, omamori protection charms, and also pray for luck and success. The entrance fee is nominal; the shrine itself is free to check out. The Namba Yasaka Shrine, located close to the Osaka Stadium in the heart of the city, is renowned for its beautiful Hall of the Great Lion, a lion-head shaped figure with its mouth wide open. The Shinto Shrine, dedicated to Susano o no Mikoto, appears to be located between the lion’s jaws. It was constructed in honor of Emperor Nintoku by his son Emperor Hanzei. A tug-of-war game is held in the sanctuary’s grounds every third Saturday of January, and the practice is based on the myth that the god of the shrine vanquished the sufferings and hardship of the people by killing a massive snake called Yamato no Oroshi. For some tranquil moments, off the beaten path for tourists, visit Katsuō-Ji, set in northern Osaka City. There are many things that differentiate this temple from the others, dotted in this city. But first, the Daruma doll - a representation of the pure dedication of a monk who lived nine years in isolation to achieve a feat where “one ceases from seeing with the eyes and begins seeing with the mind.” On getting to this serene location, perched on a hill, you will see thousands of these red-colored dolls of varying sizes, a small waterfall, and an eye-catching surrounding landscape. Also, it believed that your wishes could come true if you write them on a Daruma doll.

Another place to make your wish come true is the Horikoshi Shrine in 593, built by Prince Shotoku in honor of his uncle, Emperor Sushun. Aside from the peace that you can draw from a beautiful and heartwarming green, one main draw to this place is the old “Kubotsu Oji” shrine set amidst sacred trees. It is believed to house deities as old as 550 years old. It is also thought that if you are down, physically or emotionally, touching one of these ancient plants and earnestly praying will relieve the pains. There is even a famous saying among Osakans: “The god of Horikoshi will grant you a once-in-a-lifetime wish.”

This city highlights the authentic feel of the old and new charm of the country. Aside from the impressive looks of these holy sites, a lot of thrilling experiences await you in the most beautiful temples and shrines in Osaka, Japan. 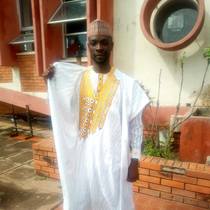 James Kure is an ardent writer from a very humble background. He loves writing about the world’s top travel destinations, especially the Scandinavian and Japanese regions. When not writing, James...Read more
Want to contribute as a Local Expert?
Register Here
Hotels
Lowest Price Guarantee