Best Things To Do Alone In Louisville, Kentucky - Updated 2020

Most people tend to associate Lousiville with Bourbon and the trail but this super-lively city has so much more to offer. Ranging from being big on art, culture and history to unique adventure sports activities; from unmissable concerts to the largest fireworks display in the country; from being a haven for theatre fans to hosting the biggest event in horse racing ever. The city is also the birthing place of Kentucky Fried Chicken (KFC) and the place where public figures like Muhammad Ali and Jennifer Lawrence were born and raised. On a more progressive front as well, Louisville is super LGBT-friendly and has a lot of stuff for LGBT visitors to do as well. Like in every city, some experiences are truly not to be missed and we’re stepping in to curate just that for you. Check out the best stuff to experience around town on your vacation here. For those travelling solo, these are perhaps the best things to do alone in Louisville, Kentucky.

1. Gain insight into the sport of horse racing (from USD 16)

gain insight into the sport of horse racing

gain insight into the sport of horse racing

This museum celebrates and educates visitors on the history, hospitality and tradition of Kentucky Derby, the longest continually running sporting event in all of US history. The race has earned the dub of ‘the most exciting 2 minutes in sports’ on account of the short horse race held here every year on the first Saturday of May where the horses run just 1.25 mi (2 km). Explore the history of the race with a three-hour visit to the Kentucky Derby Museum at the Churchill Downs Racetrack, one of the main attractions in the Louisville region. It includes a self-guided tour across the two levels of exhibits at the museum and a guided walking tour of the racetrack that hosts this world-renowned event. The museum hosts world-class exhibits including the Guinness World Record for the largest horseshoe and the world’s greatest race, interactive displays, trophies, commemorative Derby glasses et al. The Derby Café is a good spot to kill those hunger pangs and refuel for the day.

Spread over two adjacent buildings, this centre features three stories of interactive exhibits and a four-story digital theatre which displays both documentary films and Hollywood blockbusters. The main building is a restored 19th-century warehouse and spans 150000 square feet (14000 square meters) and the second one spans 37000 square feet (3437.4 square meters). The science centre features plenty of displays for all ages to enjoy. As special programs, family camps, overnight adventures, and seminars and discussions are also held at the centre at times.

3. Get a sneak peak into the life of Muhammad Ali

This state-of-the-art museum is spread over six storeys and showcases the life, story, and contribution of the humanitarian and three-time world heavyweight boxing champion. The cultural centre and museum is unlike any other boring museum and features captivating exhibits and multimedia shows including a powerfully inspiring movie about his life. One among the exhibits is also a mock boxing ring that was recreated from Ali’s Deer Deer Lake Training Camp and another two-level gallery displays memorabilia from his boxing matches. In 2013, a walkway that connects the site to other downtown attractions was also added.

4. Explore architecture and history at the Conrad Caldwell House Museum

A post shared by Conrad Caldwell House (@conradcaldwellhouse) on Dec 2, 2018 at 4:16pm PST

This place is a great spot for history and architecture buffs. It is a 19th-century residence restored as a museum to offer a glimpse into the life and times of Louisville over the years. Its architectural design as a Richardsonian Romanesque mansion, made of Bedford limestone, is enthralling for architecture aficionados. The exterior has intricate hexagonal, coned and pyramid-shaped towers and features high ceilings, stained-glass windows, carved fireplaces and parquet floors that look just like quilt patterns. There are guided tours that are offered to the guests from Wednesday through Sunday, providing historical context for this three-story home to all interested.

This is a trolley ride held all year round that makes stops at the Crescent Hill, Clifton and Butchertown neighbourhoods of Louisville on the last Friday of each month. Most of the shops, galleries and eateries along the route participate, and have FAT Friday Trolley Hop specials and feature live entertainment options for patrons to enjoy such as complimentary refreshments, live entertainment and special sales. Launched in 2004, this has become a signature event in Louisville and has also been extended from River Road and Story Avenue to Cannon’s Lane.

6. Get adventurous at Louisville Mega Cavern

One of the city’s major attractions and what once began as a limestone quarry, the Louisville Mega Cavern, comprises over 100 acres (40 hectares) of underground space which is being used to develop a recycling centre, a high-security storage space and a number of adventure sports opportunities. It’s a great experience for zip lining at the worlds only fully underground course or participating in aerial rope adventures on challenging walkways. It also hosts over 17 mi (27 km) of man-made passages that can be traversed on their MegaTram and a unique non-motorised bike park. All tours are led by professionally trained guides and are suitable for all ages.

7. Catch a game at the Louisville Slugger Field

A baseball stadium with a seating capacity of over 13000 people and the home of minor-league baseball team-the Louisville Bats and the Louisville City FC professional soccer club, this stadium is a great place to visit on your trip to Louisville. The unique, old-train shed that has been incorporated into the design as an entrance to the stadium is an interesting feature. Another rather interesting feature is that the visitors can see both the state of Indiana and the Ohio River from the stadium. It also houses 32 private suites, press facilities and a children’s play area. Baseball fans could also consider visiting the Louisville Slugger Museum & Factory to watch bat-making demonstrations and go on guided factory tours.

8. Participate in an outdoor festival at Louisville Waterfront Park

A post shared by Moon Portable Restrooms (@moonportablerestrooms) on Apr 2, 2019 at 1:20pm PDT

Sitting on the Ohio River, this park spans across 85 acres (34 hectares) and plays host to many outdoor festivals and concerts. The annual kickoff celebration for the Kentucky Derby Festival - Thunder Over Louisville, is also held here. The park features a swing garden, an adventure playground, a promenade, a Lincoln Memorial and much more for you to explore.

9. Catch a concert at The Louisville Palace

This 2800-seater theater located on South Fourth Street in downtown Louisville is a popular venue for concerts and performances and live entertainment including local, national and world-touring acts as well as performances by the Louisville Orchestra and also children’s performances. With a range as broad as Broadway performances, stand-up comedians, contemporary gospel, R&B and country artists, there’s a lot for you to enjoy at this venue. Interestingly, the palace is listed on the U.S. National Register of Historic Places and is built in Spanish Baroque style decor with an ornate exterior, interiors with curved vaulted ceilings and 139 sculptures in the lobby.

10. Head over to bond with fauna at the Louisville Zoo

A post shared by Louisville Zoo Official (@louisvillezooofficial) on Mar 11, 2019 at 3:08pm PDT

Located on Trevilian Way, this zoo spans 134 acres (54 hectares) and houses more than 1500 animals in their natural habitats. It’s particularly known for its work with endangered species and its conservation efforts. The complex houses a Conservation Carousel, the ZooTram, Zoo trains and a petting zoo and also a playground and a gift shop.

Have you planned your dates yet?

The best time to visit is during falls when the crisp autumn air and crunchy colourful leaves combine with unique festivals and events to make this lovely and friendly city all the more beautiful and welcoming. 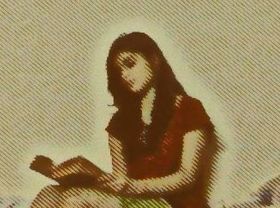 Mehak is a young student from India majoring in Finance. Travelling is something that has always fascinated her, she intends to solo travel the world. She enjoys reading about anything and...Read more
Have a question? Ask fellow travellers and travel experts here.
Want to contribute as a Local Expert?
Register Here
Hotels
Lowest Price Guarantee

Explore Louisville
Good things are meant to be shared!