10 Best Things To Do In Cherbourg, France

Cherbourg is situated in the Normandy region of France. The largest artificial harbour in Europe is located in this famous port city that is packed with religious monuments and museums. It is the home to the famous Le Redoutable French nuclear submarine that is now housed in Cité de la Mer. If you are a nature lover, the city has some of the best gardens and green spaces in the country. It has a climate that is suitable for the growth of exotic botanical species. And of course, one of the best ways to experience this port city is to walk around the Place de Gaulle. Here’s a rundown of the best things to do in Cherbourg, France.

1. Check out the fine arts collection at Musée Thomas-Henry Musée Thomas-Henry was established in the mid-19th century and is named after Thomas Henry, who first funded and donated over 160 pieces of art collection. The third museum of fine arts in Normandy now has a collection of over 300 paintings and sculptures from painters and sculptors, including Fra Angelico, Filippo Lippi and Armand Le Véel, as well as works of Jean-François Millet. The museum also showcases various collections from the Spanish golden century era, renaissance and baroque period, and many more. And, remember to catch the biennial comic art exhibitions of French comic artists, such as Jacques de Loustal and Enki Bilal, while you are at the museum. A fortification in Roule mountain, Batterie du Roule was built during Second World War to protect the large artificial harbour of Cherbourg. You should not miss the bunkers of installed artillery and the firing stations, which bore traces of the intense exchanges between the American and British warships. It was classified as a historic monument in 1995 and currently managed by the Exspen association. The association conducts limited guided tours for the public so if you plan to visit, do check out the available slots on their website; caving helmet and headlamp will also be provided for you.

3. Marvel at the Gothic architecture of Basilique Sainte-Trinité Located in the city centre, Basilique Sainte-Trinité was built in 435 but was destroyed during the Norman invasions and the Hundred Years’ War. It was subsequently rebuilt and raised to a basilica by Pope Benedict XV. The historic monument is worth a visit for its rich religious furnishings. Check out the high altar of 1809, the carved wooden pulpit of Pierre Fréret, the altarpiece of François-Armand Fréret, and the great organs of Cavaillé-Coll if you are visiting this Gothic-style building. In the north Cotentin Peninsula lies the world’s second largest and Europe’s largest artificial harbour, Rade de Cherbourg. It is 3,640 m (11,942 ft) long, 100 m (328 ft) wide and 13 m (43 ft) deep during low tide, with a surface area of 3,700 acres (1,497 ha).The construction started in 1783 and took 70 years to complete. The harbour with eight sea forts has been a naval base as well as served as a commercial port. It is best visited on a boat ride, which takes about an hour or so, with commentaries in French. English information guide will be given to visitors. If you are visiting Cherbourg, spend some time walking around the town square located at Place de Gaulle. You can see the gorgeous Le Trident, one of the main theatres of Cherbourg and the beautiful fountain standing in the middle of square. If you are visiting the town square on Tuesday, Thursday or Saturday, you will not miss the Place de Gaulle Market, which sells everything from locally produced dairy and seafood, to fruits and many more. Make sure to pop into one of the many local cafes for a cup of nice brew and some people-watching. Cité de la Mer, located at the former Transatlantic Maritime Station of Cherbourg, is an underwater park and museum. You will be fascinated by the 10.7 m (35 ft) deep Abyssal Aquarium that has over a thousand of colourful tropical fishes and 16 other aquariums of moray eels, sharks, jellyfishes and crabs. The famous 128 m (420) long Le Redoutable nuclear submarine in the Art Deco building is yet another highlight that is worth checking out. You get to see the machine rooms and even the bunks, and it has audio-guide commentaries about daily life onboard a submarine. Visit the colourful umbrella factory to uncover the secrets of making the luxurious Le Véritable Cherbourg. The factory is housed in an old Haussmann-style French bank. You will be given a presentation of the brand and also see unique models of umbrellas from other luxurious brands in the museum when visiting the factory. The highlight of the visit is being presented with the different stages of making the colourful, luxury umbrellas. They are made with fine fabrics, steel fittings, engraved brass, and handles made from fine woods that can withstand wind speed of up to 33.75 m/s (111 ft/s).

8. Step back in time at the historic Fort du Roule Fort du Roule is a group of forts erected on Roule mountain in Cherbourg. While the first fort was constructed in the late 18th century to protect the port of Cherbourg from the English, the ones standing today atop the mountain date back to the 19th and 20th centuries. The fort which is located atop the mountain is 117 m (384 ft) above sea level and was completed in 1857. A part of it now functions as a museum and is known as the Musée de la Libération. Here, you can see exhibits depicting life in city of Cherbourg during Second World War and the role of the French port.

9. Gaze up in awe at Parc du Château des Ravalet Parc du Château des Ravalet is another historic monument of Cherbourg worthy of a visit. Take your time to walk around the beautiful park to enjoy its natural beauty. Be sure to visit the rotunda greenhouse that is packed with exotic plants and the dahlia conservatory, as well as the magnificent Renaissance style castle that was built in 1500s, which is now owned by the city of Cherbourg. This gorgeous park is named as the Remarkable Garden since 2004. Parc Emmanuel Liais is a garden of exotic botanical collection created in the late 19th century by Emmanuel Liais. You can see Brazilian jubea spectabilis palm trees, hundred-year-old beautiful Japanese azaleas, Lambert cypresses and the African Encephalartos that can live up to 1,000 years, and many other species of plants and trees. There is also a museum and an observatory tower within this picturesque garden.

Explore the port city of Cherbourg

No Eiffel Tower, no Louvre Museum, not to worry! Cherbourg has Cité de la Mer, Parc Emmanuel Liais, and many more attractions that are beautiful in their own right. This port city has so much to offer. You get to see the most exotic plants, and buy the most unique souvenirs while walking through the streets of Place de Gaulle. So, wait no more, come explore this charming city if you are in France! 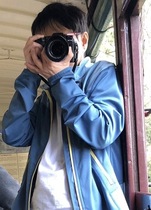 Travel enriches my experiences. Photos tell stories. I enjoy sharing my experiences and stories to people around me.
Want to contribute as a Local Expert?
Register Here
Hotels
Lowest Price Guarantee